Not All People With Agoraphobia Are Stuck Inside Their Homes

There are extreme cases where people can’t leave their home, but most agoraphobes are outside, interacting with the rest of the world. 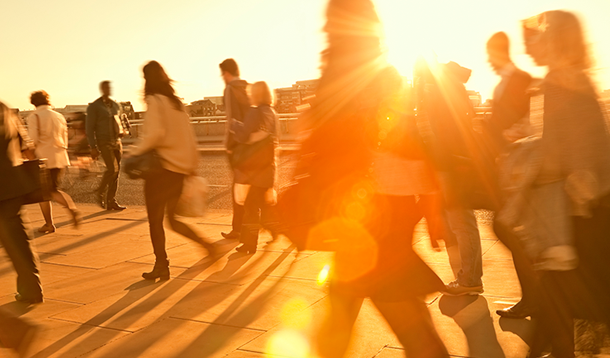 “You have agoraphobia,” my physiatrist announced, matter-of-factly. I turned the words around in my mind, my mouth gaping and head spinning.

What the heck is agoraphobia? I wanted to ask, but I just listened while she explained what my diagnosis meant.

Agoraphobia, in the simplest terms, is the intense and irrational fear of public spaces, crowds, or specific situations that cause fear and panic. People with agoraphobia feel helpless in certain situations, whether it’s a crowded mall or an empty parking lot, and they will often have panic attacks and intense anxiety.

Literature and film are rife with characters who have panic disorders and become reclusive for a myriad of reasons. Boo Radley in To Kill a Mockingbird is a misunderstood outcast, never leaving his home while the street becomes increasingly fearful of him. Joel Barish (Jim Carrey) in Eternal Sunshine of a Spotless Mind is most comfortable in his own home and is unable to speak to strangers.

It’s unclear whether these characters have agoraphobia or some other undiagnosed mental illness, but the extreme characters in popular culture have impacted the general population’s understanding of agoraphobia.

A few months ago, I learned about a new book that was gaining popularity called The Woman in the Window by A.J. Finn. The thriller is about an agoraphobic woman who cannot leave her house and witnesses a murder outside her window.

As soon as the book was released, I picked up a copy at my nearest bookstore. Unlike most literature, this book actually names the main character’s disorder. Dr. Anna Fox, a former child psychologist, has clinical agoraphobia. She even participates in an online agoraphobia support group and has a psychologist visit her home weekly.

In many ways I enjoyed reading Finn’s depiction of agoraphobia. I could relate to the visceral descriptions of panic and anxiety that Anna experiences. I loved that she was intelligent and accomplished, and that we eventually learn the reason behind her agoraphobia.

Still, I didn’t see myself in Anna, and couldn’t relate to her intense fear of the outdoors. She wasn’t a true representation of the majority of agoraphobes, and perhaps that was my biggest issue. Sure, there are extreme cases where people can’t leave their home, but most agoraphobes are outside, interacting with the rest of the world.

For me, agoraphobia looks like panic in enclosed places where I cannot easily escape. I have frantically gathered my things and rushed out of class while studying at University, more times than I can count. I have dipped quietly out of church, only to find solace in the quiet bathroom, while my heart quickened and my hands shook.

I’ve had an intense fear of driving, something I have only overcome in my late-20’s, but the fear is always there, lurking around the corner when I least expect it.

I learned early in life that I couldn’t go to concerts or clubs after experiencing intense panic and anxiety. The pulsating beat of the bass leaves me breathless and anxious, and the need to escape overcomes me usually by the end of the first song.

But I still leave my home, every single day. I mother my three children, dropping them off at school and daycare, and pick up groceries while enjoying the peace of empty grocery aisles, (that’s a combination of my agoraphobia and motherhood speaking).

I even attend church each week, a place where my agoraphobia is most alive, and find respite in the bathroom when I need a break.

I love the feeling of fresh air on my skin and my lungs, and the wide-open space of a beautiful park or an empty mall. I have agoraphobia, and I love being outside in the world.