Don't Let Fear Stop You from Getting that Mammogram or Biopsy

We fear what we don't know, but the fear is worse than the reality. 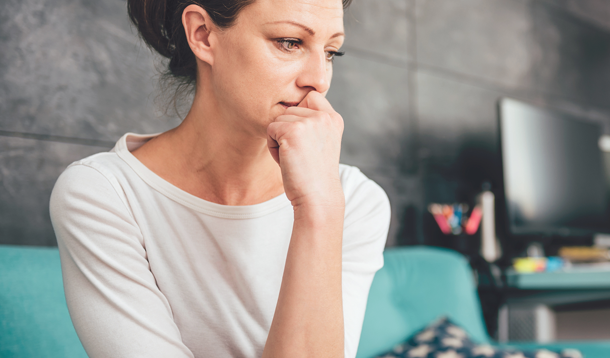 Every year, for the last 10 years, I've been getting an annual mammogram. I started going fairly early on because I had some nasty mastitis issues during my breast feeding years, and my doctor wanted to keep an eye on the scar tissue. Then I was added to the breast screening program and it became a regular thing.

The process is pretty straightforward.

Go in, take everything off from the waist up, have a technician put your boob on the cold glass plates, flatten the plates around your breast and crank it really tight. Turn this way, grab that thing, hold your breath, release and then lift - don't drag your breast off the plate or you may leave your skin behind. Turn, repeat, then do the other side. Super quick. 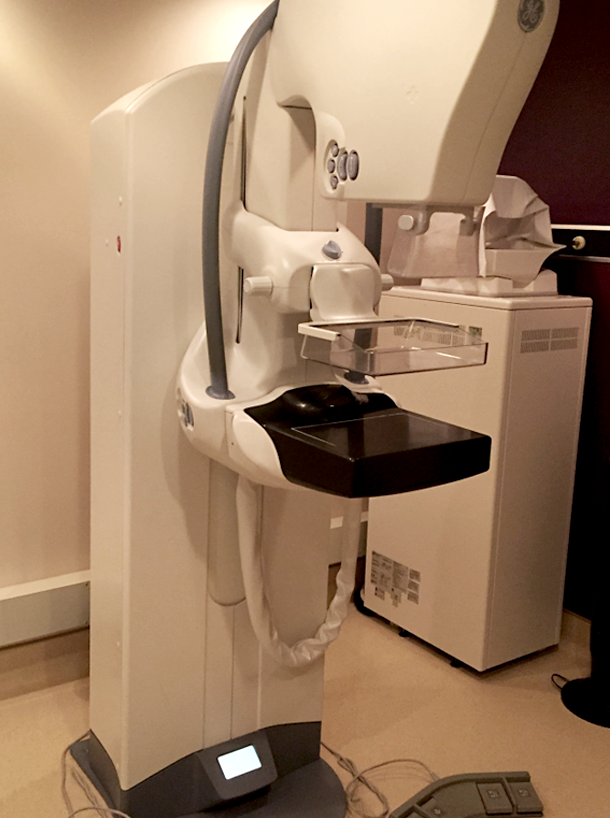 I think it's kind of neat seeing what they look like smushed tight under the clear acrylic squasher thing. It's kind of like a map with the veins serving as rivers.

I've often heard people complain about going in for these scans, and it frustrates me. Sure it hurts a little sometimes - you get squished after all - but from what I've seen in my life, it hurts a lot less than dealing with cancer. And it hurts way less than death.

Every time I get checked, I have welts from the pressure of the plates being tightened, but I will never complain and risk them not doing it right just for my comfort.

The last mammogram in March was a little different. I was called back the same afternoon to get it redone the next day and an ultrasound was added. That was a little freaky. At that appointment, I was told that the radiologist was not able to get a good read of what he was seeing, so it was going to be forwarded to an oncologist to review.

That was VERY freaky. Now I felt like puking.

An appointment was made for a biopsy at our local breast cancer screening centre, which I luckily live close to. At this point my brain shut down and I went into panic mode. The next couple of weeks were torture to me and I was convinced I was going to die from breast cancer. Yes I went straight there to that result.

I lost my Dad to cancer. Well, actually I lost him to his decision to smoke cigarettes all his life. That was a horrible time. I saw him chose not to fight it and thought at that time I would never give in the way I thought he did. Then this happened to me and I could only forsee the worst end result. It was so hard to see anything clearly after I felt the bullseye on me. I froze. 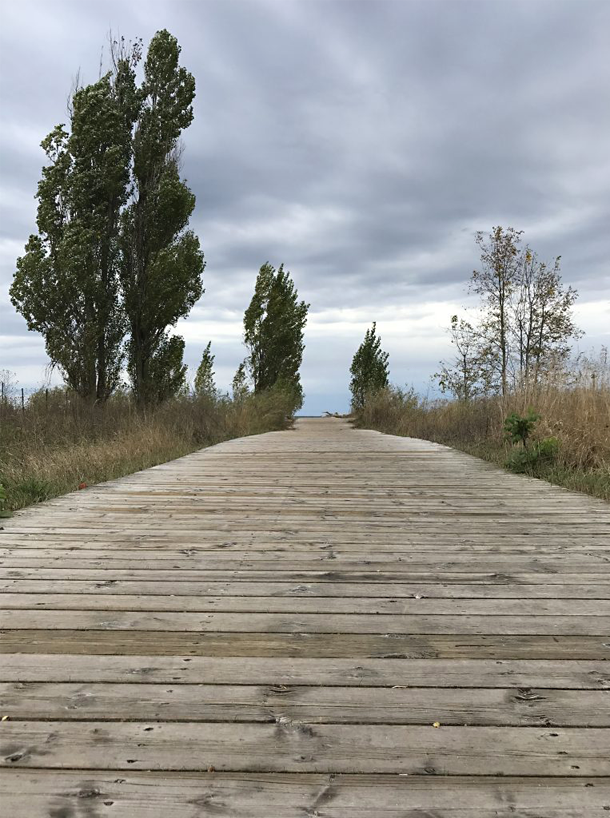 I was afraid to tell people I might have breast cancer, since I wanted to save them from the suspense of waiting for the results to come in. I didn't want to plan anything for the future. I refused to book a conference I had wanted to attend in a few months because I was convinced I would need time to deal with a death sentence. I became so negative, it made me sick.

Luckily, a close friend who had been through breast cancer a few years ago talked me off the ledge when I shared my fears. She is a breast cancer warrior and survivor, and she provided the only comfort I could find with information, statistics, details about the steps ahead, and understanding. She was my lifeline.

Just before dawn, my husband and I went to the hospital. I was so scared. I was afraid because I didn't know what exactly would happen and how much it would hurt. I couldn't find specific information on what was going to happen to me anywhere - there are many different ways to do this sort of thing, and I'm one of those people who likes to know the details of what is being done to my body. I decided to write this post to give a little comfort to others searching for information on the same thing.

After another mammogram, I ended up having a vacuum-assisted core needle biopsy. I had to climb up onto a table with a hole for my breast to hang down through. It was squished vertically between two plates like the ones used for the mammogram. It was uncomfortable lying in this position, and I had bruises on my ribs underneath from the edge of the hole. They gave me a squishy ball to squeeze and said not to move. (Isn't that an impossible thing to try to do? I was shaking, very uncomfortable and almost hyperventilating.) 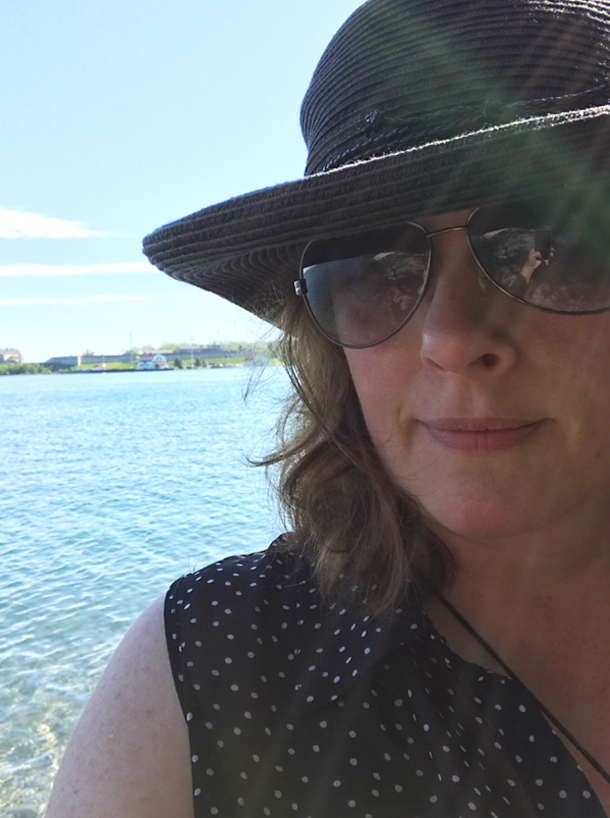 The radiologist consulted the mammogram just taken on the computer, and with the assistance of a machine attached to the underside of the bed he injected a local anesthetic to numb the area the biopsy incision would be at. This needle hurt less than a freezing needle at the dentist. THIS IS THE ONLY PART THAT HURT, and it was so insignificant compared to what I was expecting. My fear going to this appointment was all about how much I thought it would hurt. Minutes later, after the procedure was complete, I cried with relief.

The machine went into the identified site with the core biopsy needle and removed six tissue samples. It was a strange feeling and I could feel pressure - from the vacuum part pulling the tissue and snipping it, I guess, and then it was over. Not painful, exactly, but strange. Then the doctor placed a titanium marker (a little thing the size of a sesame seed) into the area the samples were taken from so it would be easier to find on a scan the next time. That was it.

While still in this position, they attached a surgical bandage to close the small incision. I applied ice to the site off and on for the day to reduce swelling. I also found I had to wear a bra all the time for a couple weeks while it healed because of where it was located - up in the top part of my breast where I felt a little pain when the breast was hanging down.

After the procedure was done, I had a look at the sample container with my 'pieces' floating around in fluid in it. They looked like little balls to me. They were maybe half the size of a grain of rice each.

So this is what you can likely expect if you have to have this sort of biopsy: I have a little scar. The surgical bandaid was difficult for me to remove, and I had a reaction to it that caused itching and a rash along the edges. I had bruises on my ribs from the table. The needle to freeze the area was the worst part during the procedure, and I hardly felt it at all.

The results that came back at the time concluded they were almost 100% sure it was fine but they wanted to recheck in 6 months. I have just had this review mammogram again and I'm told all is well. (Cue the celebrations!)

I am alive and so grateful that I live in this country with our fine health care professionals and standards. I do not have breast cancer.

Be vigilant about your health, the testing and results for your body, and the resources you find to help you deal with them.There are many sources out there and you should look for something in your area. I like this one in mine: Canadian Cancer Society. Don't miss your scheduled appointments and make sure you follow up with your doctor to find out about the results. No news doesn't always mean good news.

Be afraid if you need to be, but run directly at that which scares you the most and deal with it right away.

Category:
Wellness
Tags:
breast cancer
biopsy
vaccum-assisted
core
mammogram
what does it feel like
how much does it hurt
what happens when
syndicated
Carin Harris

Living on the eastern edge of the GTA, Carin’s spirit animal is the Balloon Dancing Man, her passion is photography, and the rest of life is gravy. She adventures, travels, eats, hunts for beach glass, marvels at nature, loves her husband, annoys her kids. Only the Shih Tzus consistently appreciate her - as a piece of furniture.

Her job is learning about and sharing interesting things with people on her blog Eclectic Soapbox and social media accounts.