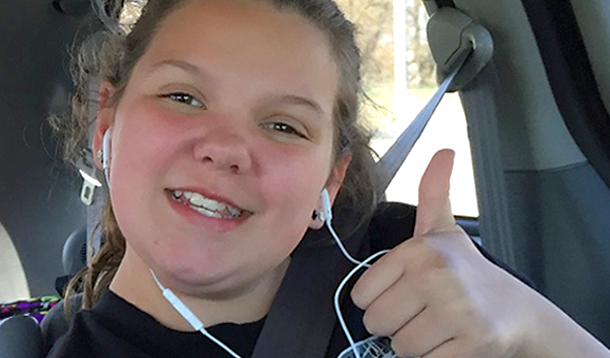 No two people feel pain the same way. So while a bump on the head might make one person feel nauseous, another may only have a headache.  I’ve seen first hand how this can cause challenges for doctors when it comes to prescribing a medication for even the most minor issues – like the flu. So, imagine the difficulty physicians face when the illness is more severe like my daughter’s.

When my daughter was faced with a life-changing diagnosis at age 11, my heart sank for multiple reasons, not the least of which was the pain she would have to endure over the coming months. To complicate things even further, the go-to medication for her condition, Trigeminal Neuralgia (TN), was something I was deathly allergic to, and she would definitely need to have pain management, because TN is a chronic pain disorder that can present as sudden and severe pain in the face.

Before she could even possibly begin treatment to feel relief from the intense pain she was having, blood tests were needed to make sure that particular drug would not do more harm than good. There were other options, but the other medications came with bigger risks of nasty side effects. While there was no doubt my daughter could benefit from using a strong pain reliever, I had to ask myself if the end results would be worth it. As difficult as the decision was, we decided to have Emily tested for the allergy to the medicine typically prescribed for patients with her condition. 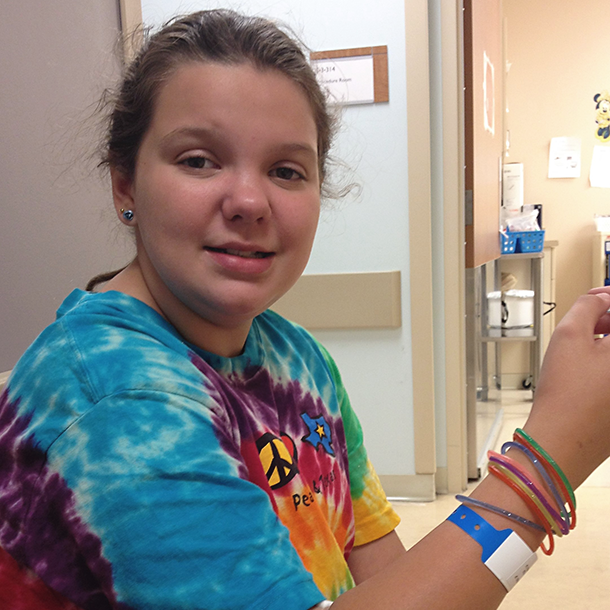 The doctor treating my daughter had only ever had one other patient with this rare condition. I had my own experiences with Trigeminal Neuralgia to share with him, but I knew that I couldn't let that cloud any decisions made in Emily's case. Studies show parents are often nervous about pain medicines being given to their children. It’s understandable, but this can lead to underdosing or drugs being withheld, meaning the child experiences unnecessary pain.

The best thing I could do for my daughter would be to listen to her doctor, follow his advice, and not be afraid to ask questions.

Emily's doctor, a Pediatric Neurologist, surprised me by suggesting we take an alternative approach to managing her pain during the wait for allergy testing and see if she got relief using a pain management method that didn't involve drugs. While it would not get rid of her pain completely, he felt it would help her learn to manage pain in a manner that gave her more control. We were told to try meditation, gentle stretches, and even floating in a bathtub or pool.

My daughter was a real trooper when it came to trying out the alternatives. I knew how difficult it was for her, but she even managed to poke fun at the irony of using the Faces Pain Scale to judge her level of discomfort. After all, Trigeminal Neuralgia is a facial pain disorder. But the Faces Pain Scale was very effective in our case.

When Emily was in the throes of an attack she would point to the appropriate image to describe how she was feeling at that exact moment, and we tracked it. Using the 0-to-10 metric to rate her pain, we started to see a pattern of when she felt better or worse. We were able to share this information with the doctor who found it useful in treating Emily.

The meditation and stretches did not take Emily's pain away, but they did teach her to calm down. This became very important over the next year as Emily's medications were adjusted to meet her increasing pain. The sudden, electric shock like stabbing pain of a Trigeminal Neuralgia attack is no joke, and it can cause even an adult great stress. These simple measures showed Emily how to keep her cool so she could ride out the storm.

Emily was not allergic to the drug that could help alleviate her pain, but that meant my child would be taking an anticonvulsant medication used for nerve pain three times a day. This drug regime meant setting an alarm and calendar reminders to make sure she took her medication at the same time, always.

I made sure to keep the lines of communication open. My husband and I talked to Emily about what was happening and why. We answered her questions so she could be prepared. This also meant showing her that she had to learn how to live her life with this condition and not allow it to control her. Emily soon came to understand that prevention was key. By taking her medication on time, every day, it helped her to get on top of the pain before it could become unmanageable.

We might not have been able to take away her physical pain, but I think we helped her with her fears and helped her find a way forward with her condition.

Suzanne Rudge, owner of the blog MapleMouseMama, is a happily married, proud Canadian mama of two incredible children. Suzanne blogs about life, family, Disney and the trials and tribulations of growing up! Suzanne tackles Food Allergy Awareness like vacation planning; with passion! MapleMouseMama tells it like it is with both humour and a dash of colour in every story.