The Perfect Visual for Strapping Your Baby in Tightly

Because nobody expects to get into a car accident. 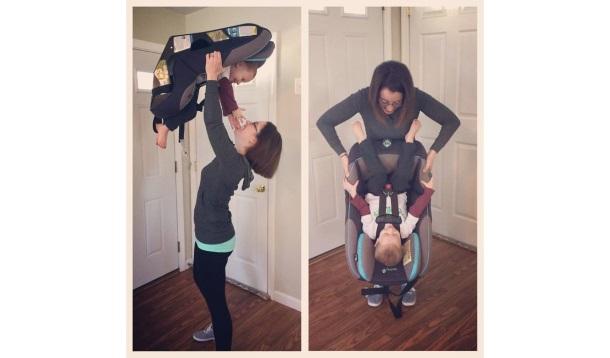 On March 17th, Rachel McNamara posted this photo of her flipping her son around while strapped into a car seat.

“After strapping your child into their car seat, ask yourself if you'd be comfortable flipping it upside down. Remember that the chest clip should be at armpit level and the straps should be tight enough to pass the pinch test.”

She thought it would be a good visual for parents to help show why we strap in our kids snuggly. What she wasn’t expecting was the image to go viral (or, as she states, “she would have changed her clothes first.”) but it did, and she took advantage of the situation and added additional information about car seat safety - including how keeping your child in a rear facing car seat for as long as possible is controversial.

Nobody expects to get in a car accident. I know I certainly didn’t when we left the house on a sunny Sunday afternoon to go to my mother-in-law’s house to celebrate Mother’s Day almost ten years ago. But less than a kilometer away, it happened.

There was no time for my husband to react. One second we were on our way to dinner, the next our van was facing the wrong way on a residential street across from a park, air bags deployed, shattered glass everywhere because the back windows had imploded. I turned around to see my older son's face covered in blood.

The driver who hit us? He was drunk.

We all walked away with minor injuries – my husband and I with neck and back injuries, and our older son with a swollen, bleeding lip. The policeman told us that this wouldn’t have been the case 15 or 20 years ago. The fact is, my kids were saved from serious injury because they were strapped in properly. 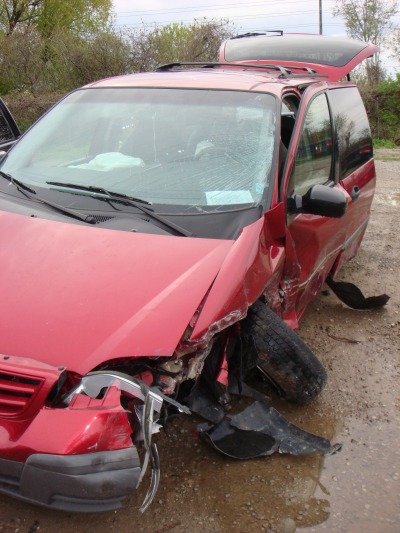 I have my weaknesses as a mother. I sometimes don’t follow through on consequences, apparently I park too far away from the store whenever we go shopping (that testimonial is from my kids), I once sent my son to school with a lunch in a moldy container, and I’ve had my fair share of losing my shit.

Probably too many times.

The thing is, there is no excuse for not strapping our children into our vehicles safely. It’s up to us to do it, even when they look uncomfortable, or won’t stop screaming because they are rear-facing, or they’re embarrassed to be still in a booster seat when their friends aren’t, or because we were in a rush, or only driving a few blocks away to run errands.

So, go read what she wrote and always take those few extra seconds to make sure your little ones are buckled up safely. Because nobody ever expects to get in a car accident.

But it can happen - faster than you think.

RELATED: This Is Why You Should Always Make Sure Your Kids Are Buckled In Safely