This past week, the National Institute of Health in the United States released new guidelines for introducing peanuts to infants. 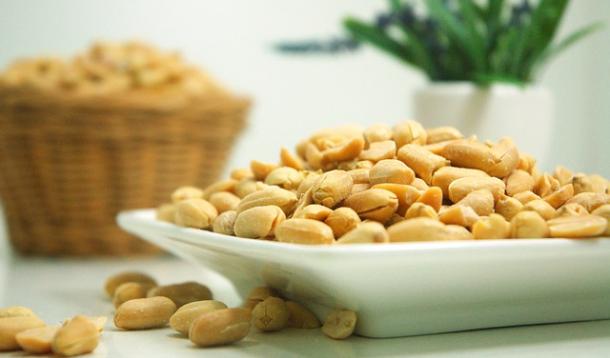 If you had your child between 2000 and 2010, the chances are good that are that you were told to delay introducing certain foods to your baby that could cause the development of allergies - particularly peanuts. While our medical systems north and south of the border don't agree on all things, one of the things that they agreed with The American Academy of Pediatrics at the time was that avoidance was the best strategy for dealing with developing food allergies in high-risk cases.

But, that was then.

In 2010, the National Institute of Allergy and Infectious Diseases (NIAID) began a 180-degree reversal of that position, saying that there was insufficient evidence for delaying early introduction to allergens past 4-6 months for infants at risk of developing allergic disease. In the U.K., the Learning Early About Peanut Allergy (LEAP) study was initiated - a randomized trial led by Gideon Lack of King's College London, and they published their results in February 2015, in the New England Journal of Medicine. The LEAP study showed that high-risk children who consumed peanuts as infants on a regular basis had an 81% lower chance of developing peanut allergies by age 5.

Now, a new set of guidelines has been released as an addendum to the NIAID guidelines from 2010 based on the level of risk of developing a peanut allergy. The document, published in multiple journals including Canada's Allergy, Asthma and Clinical Immunology, details that infants highest at risk are babies with egg allergies and/or severe eczema - inflamed, scaly and itchy red patches of skin. The second tier is comprised of infants with mild-to-moderate eczema, and the lowest-risk group has no food allergies or eczema.

But don't just rush to give your infants peanuts; medical evaluation is still recommended in the case of high-risk infants. And while the guidelines say that infants who fall in the mild-to-moderate risk group may introduce peanut-containing foods at home without an in-office evaluation, the EP recognizes some health care professionals and parents might prefer medical supervision.

Infants of high and moderate risk groups also need to be developmentally ready, and eating other solid foods before peanut introduction. As in the case of introducing all new foods, the guidelines recommend feeding infants peanut products for the first time only when the infant is healthy and when there is plenty of time for the caregiver to focus on the child to monitor for signs of a reaction. Whole nuts or huge spoonfuls of peanut butter should never be offered to infants to avoid choking.

While an infant may not be able to convey distress in the case of a reaction, parents and caregivers can look for the onset of symptoms that may be indicative of an allergic reaction to food:

If the infant is showing symptoms in multiple categories, appears to be in distress, or is experiencing any of the symptoms listed under lungs throat or heart, call 911 immediately.