Yes, Gluten Sensitivity is Real and it Cost Me a Year

Depression is an illness, but sometimes it’s a symptom. 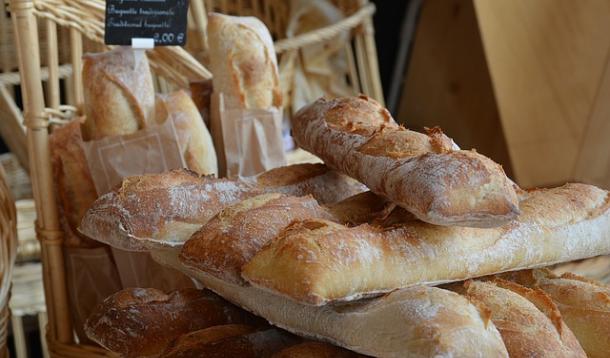 If I am honest with myself, 2016 was the hardest year I’ve ever lived through. And no, it wasn’t because of the election, or the terrorist attacks, or even because my son turned 8. It was because I developed gluten sensitivity.

But, I wouldn’t realize that until nearly the end of 2016.

I should have known something was wrong earlier. I had no energy for Christmas in 2015. I never put up the tree. And so 2016 began a low-energy year for me, and it quickly spiraled into full-blown misery by February. I cried a lot. I argued with my son all the time. I didn’t leave the house or see other people for months. I felt incredibly exhausted all the time, and I even began to have some dark thoughts about what the point of existing was.

I didn’t want to see my doctor. I was terrified to, actually. I was afraid he’d label me with the big D word and put me on medications that I’d never come off of. I argued to myself that I was just having seasonal blues.

Looking back now, that was irrational behaviour on my part. But that’s part of the nature of depression and mental illness; your very thought processes are compromised. I really was depressed. I would pull my car into the garage and have a 2 second fantasy about leaving the engine running.

I could try to lie to myself about my mental state, but I still knew it as a lie.

Fortunately, some of the worst symptoms began to taper as the winter began to end and my self-imposed isolation from the cold ended with it. But chronic fatigue lingered – and it really was chronic. I would pick up my son from the bus stop, come home and pass out for a 10 minute nap on the couch. Cooking supper was out of the question for months. And so I’d tell my husband, yet again, to pick up something on the way home.

By the end of June, when the fatigue was worse than ever, I finally resolved to go see my doctor. I was willing to take anything if it meant I would feel better. Even if it meant I had to live publicly with the label of depression and own it.

I sat in his office and detailed the list of symptoms that were ailing me. Fatigue – huge fatigue – gas, aches and pain in all my joints. I couldn’t think, my memory was terrible, and the smallest things like laundry and cooking seemed like impossible, demanding tasks. And… I was depressed.

My doctor looked at me. I looked as terrible as I felt. And he said, “Depression is an illness, but sometimes it’s a symptom.” And then he asked me the last question I expected to get – did I have any heartburn? I did. A little. Once or twice I remembered waking up early with mild heartburn.

I did go home with a prescription for pills that day. But it was for a proton pump inhibitor.

I wasn’t just chronically fatigued. I was chronically sleep deprived, thanks to heartburn and Gastroesophageal reflux disease (GERD). I had no idea I was getting such a lousy night’s sleep every night. And within a couple days of taking PPIs, the worst of my symptoms abated because I was finally sleeping.

But… not all of them.

Gas and painful bloat persisted – the reason for my GERD. As I went back to my doctor, after tests, he advised me to go on a bland diet, lose some weight, and start weeding out foods. I subsisted on rice, chicken or turkey, and spinach for weeks.

But... we were on to something. My pant size dropped far more than the 5 pounds I dropped would warrant. And – leave it to my son to notice – I no longer could belch so impressively. But there were huge benefits too. My energy came back with a vengeance, my mood improved, and I actually was feeling the best I had all year.

Monday, I spent alternating between trips to the bathroom to vomit or have diarrhea and lying fetal in my bed with debilitating cramping and gas pain.

If one other person had been feeling ill, I might have chalked it up to food poisoning. But they were fine, and I was keenly aware there was only one thing in my diet that Thanksgiving that I hadn’t been eating before.

But I had tested negative for celiac.

When I went back, my doctor told me that non-celiac gluten sensitivity is indeed quite real. But there was no testing for it, short of being scoped after performing the same sort of experiment on myself that I had already performed on Thanksgiving to find out what I already knew.

But I know if I eat too much wheat, I would suffer. I’d gain a pant size in stomach distension. I’d burp and be unable to help it. I’d wake up with my hands stiff, and my stomach sore, and my brain in a fog.

It’s a minor kind of hell. It’s inconvenient and many people don’t believe in it, and those who have celiac and food allergies worry that people will take their needs less seriously because of people like me.

Gluten sensitivity is real. And I've learned a lot of other important lessons along the way. Your doctor is your ally. Depression is nothing to be afraid or ashamed of admitting. And sometimes, very occasionally, being able to belch the alphabet is worth it. At least when confronted with that savoury puff pastry - at least, a small piece of it.

RELATED: Is Gluten Bad For You?