He is the Reason I Talk About My Post Partum Depression

I don't want someone to suffer in silence. 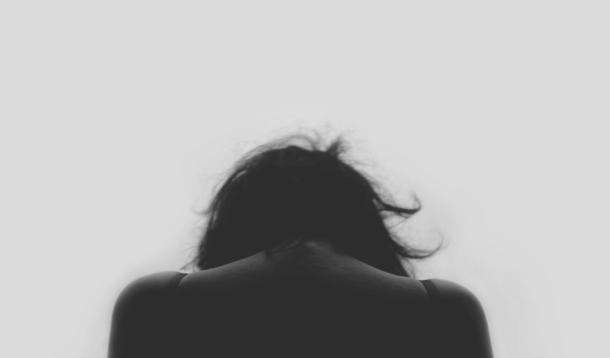 I’ve written about my experience with postpartum depression and anxiety countless times, now. I’ve been honest to the point of discomfort, in some cases, writing about the thoughts I was too embarrassed to say out loud during my pregnancy and the guilt that consumed me afterward. I battled with intrusive thoughts, panic attacks, painful depression, and borderline obsessive-compulsive checking, and I have shared it all.

Why? Because I didn’t want one more woman out there suffering in silence. I was incredibly lucky to have a midwife who spotted the signs of prenatal anxiety and depression, and sent me straight to a program at Women’s College Hospital to help me through it.

I’ve never written about why I started sharing the story of my depression and anxiety, though, and that has to change.

You see, it was just shy of two years ago when I got a phone call about a high school friend who had died, unexpectedly. Details were hazy, at first, but our parents had been friends for more than two decades, so we quickly discovered it had been a suicide.

Nothing prepares you for the shock of losing a contemporary to death, when you’re still young, but to find out that someone you thought you knew pretty well was suffering so painfully? Well, you find yourself spending hours and hours thinking about it. You question your worth as a friend and your ability to truly support someone, and you second guess every interaction you had with them... and every single interaction you didn’t have.

At the time my friend died, I really wasn’t close with him anymore. I had occasional interactions on Facebook, but I hadn’t seen him in person for several years. I relied on getting my updates about his life from my parents, who got together with his parents several times a month. That’s how I heard that he had been pretty down, in recent months. He’d had some health challenges, among other things, and to me, it had seemed like an unfortunate streak of bad luck.

I think, like many people, I just kind of assumed he’d bounce back. He was the joker, the class clown, always there with a quip, and always the first to laugh. He came across as light-hearted and funny, and I wonder if he felt too much pressure to remain that way, even when life handed him some shitty cards.

This is what stuck with me, when I thought about his suicide, because it was something I was experiencing at the time of my friend’s death, to a degree. Throughout my second pregnancy, I was anxious, depressed, and utterly ambivalent toward the baby growing in my belly. The pressure I felt to be excited for the birth of my baby was overwhelming at times. I was embarrassed to tell friends and family about all the conflicting feelings I had, and it seemed like I had a unique window into how my friends might have felt, leading up to his death. The pressure to keep up appearances is exhausting when you’re suffering from depression.

I brought my 5-month-old son to that funeral. I spent much of the time talking with old high school friends, catching up, reconnecting. I didn’t tell one person there that I was suffering from postpartum depression. I smiled, I said there were challenges, but I wasn’t honest because I didn’t want to make people feel uncomfortable. I could talk to my friends about tearing my perineum, as I gave birth to my 9 pound baby, but I couldn’t talk about my PPD.

Why was one acceptable and the other not?

I drove home feeling like maybe, just maybe, this was the lesson I needed to take away from my friend’s suicide. Maybe it was time to start being honest with people about how I was feeling, so that the weight of pretending nothing was wrong didn’t build to the point of feeling unbearable. If that weight was part of why suicide became the only clear choice for my friend, then I would make it part of my modus operandi, moving forward, to talk about mental health until I was blue in the face, to write about it until my fingers were numb. Because the stigma needs to end, now.

I saw an overflowing room of people who would’ve gladly told my friend otherwise, if they’d understood the demons he was battling. If you are battling the same demons, I promise you: you are not alone. Someone wants to help you keep living. And you are worth saving.

RELATED: What You Need To Know About Suicide Prevention

Are you or someone you love thinking about self-harm? Click here to find a local crisis centre's number near you.