How Does a Kid Go from 20/20 Vision to Needing Glasses In Just 6-months?

If your kid is having a vision problem, take her to the optometrist right away 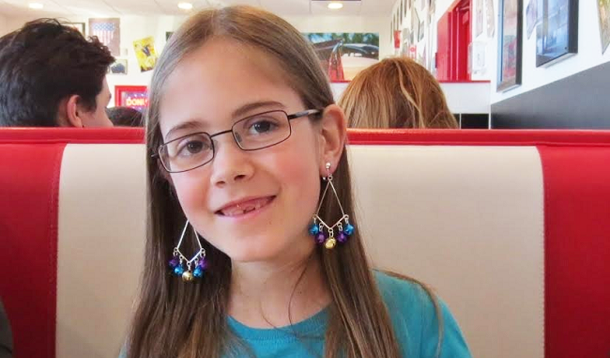 I wear glasses, my husband wears glasses (our doctor of optometry often makes jokes that we are breeding for myopia!), so I shouldn't have been surprised to discover that my daughter needed glasses—but I was. Her eyesight changed so rapidly in such a small amount of time that it left me not just surprised, but, frankly, frightened.

When my daughter started Grade 3, she began complaining that she couldn't see the board in class. She complained about things being fuzzy or "blur balls" as she liked to put it. I didn't take her complaints as seriously as I should have. She's been having yearly eye exams since she was three-years-old (the Canadian Association of Optometrists recommends that children have their first eye exam between six and nine months old, their second between the ages of two and five and every year after starting school) and during her last one, the doctor assured me that she had 20/20 vision. Because of this, I thought she may be exaggerating about not being able to see in class. Then I started receiving notes home from her teacher voicing concerns about my daughter's vision. Cue the mom guilt.

My girl had her eyes examined not long ago and everything was fine. How could she go from 20/20 vision to needing glasses in just 6-months? It left a niggling, worrying feeling in the pit of my stomach. Half of me was worried that something was seriously wrong with her eyes, and the other half worried that I would feel like an idiot when she had an exam and nothing was wrong. Either way, I booked an appointment for my girl right away.

What the Doctor had to say...

During the appointment, our doctor of optometry assured me that my daughter's eyes were healthy, but that she definitely needed to start wearing glasses to see because she, like her dad and I, had myopia. He suggested that she only wear her new eye glasses during class, and said she shouldn't need them the rest of the time.

My daughter loved her new prescription glasses and was so excited to be able to see things clearly in the classroom once again. As the weeks went by, she began wearing her glasses more and more often. She begged me to be allowed to wear them at Scouts, when out shopping, and finally, every day around the house. 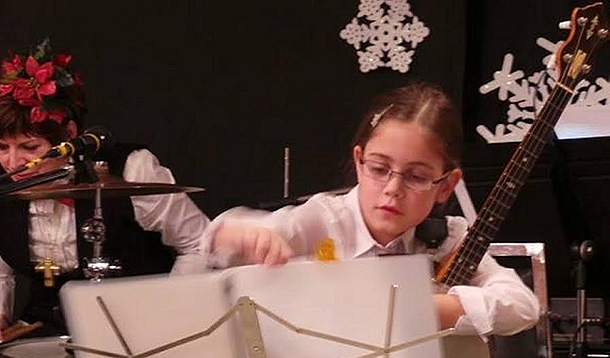 At first I thought she was just proud of her new eyeglasses, that she wanted to show them off, but it was soon obvious that she needed them to see, and hated to be without them because she hated that "blur balls" fuzzy world. By the time Christmas rolled around my girl and her glasses were inseparable. If she was awake she was wearing them.

After Christmas break, my daughter casually mentioned that she had swapped desks at school because she couldn't see the board from where she was sitting. I thought it was a bit odd, but my inner alarm bells didn't start going off until late March when she began complaining to me — again — that everything was fuzzy, and that she was having trouble reading the board in class.

I thought maybe she was getting fingerprints on her glasses, that there was a scratch on the lenses, or that maybe she was just being silly to get my attention. She had just gotten new prescription lenses at the end of October, there was no way she could already need new eye glasses a mere six months later...was there?

As it became increasingly obvious that she genuinely couldn't see properly, even with her glasses on, I became scared that there was something seriously wrong with my daughter's eyes. In a panic, I called the optometrist's office. The receptionist said something along the lines of, "Yes, that is odd. We better get her in right away, just to be safe." That was when those inner alarm bells that had been quietly going off started to screech to a deafening din.

Have you ever done that thing where you're trying to convince your kid that everything is a-ok, while inside you are in a total panic meltdown? Yeah, that was me. I tried to fluff it off as no big thing, but inside, I was sick to my stomach with worry.

We were able to see the doctor right away and he gave her a complete, comprehensive eye exam — as if we hadn't just been there six months ago. He told me that it was actually pretty common for kids to have sudden changes in their eyesight and that it has to do with growth spurts. If they are growing and changing quickly, so are their eyes. Makes sense. He told me he had gone through something similar with his own daughter, assuring me there was absolutely nothing to be worried about. The exam ended by him letting us know she needed new glasses and that I should call the office right away again if she had any more problems.

Again, my daughter was so darn excited to have new glasses. She was visibly more confident, with a skip to her step, as she went off to school the next day. One day when we were sitting down to dinner I asked her about it, teasing her about how much she seemed to love her eye glasses. "I do love them. Seeing is the best!" I asked her about how she felt before she got her new glasses. "It made me feel stupid. It made me feel different, and not in a good way. I hated it so much, Mom." Ah, man. I wanted to hug her. I wanted to tell her how sorry I was that I didn't listen to her the very first time she told me that things on the chalkboard were fuzzy.

Where my daughter's eyesight is today...

As we approach a new school year, my daughter has started complaining again that things are "blur balls" and hard to read, so I've already called to book her another eye doctor appointment. I suspect she's going to need a new pair of glasses to start Grade 4. That will make three different pairs of prescription glasses in under twelve months, which is kind of crazy. If you had told me a year ago that my girl would go from 20/20 vision, to needing progressively stronger corrective lenses in such a short period of time, I wouldn't have believed you.

Overall, my advice to you is, make annual eye exams a regular part of your child’s healthcare regime. Don't let the thought of having to pay for the exam hold you back, as eye exams for children are covered under the Ontario Health Insurance Plan (OHIP) and in most other provinces. Call your optometrist for more information about coverage in your province.

I'm thankful that our doctor of optometry took the time to explain things so thoroughly to me. Even though I'm dreading the fact that my daughter likely needs another set of eye glasses already, this time I'm not scared. It's a relief knowing that growth spurts can wreak havoc with eye prescriptions, and that rapidly developing myopia can be a fairly regular part of growing up.

Deanna is a mom with two rambunctious young girls, who loves to share their adventures through the everyday.