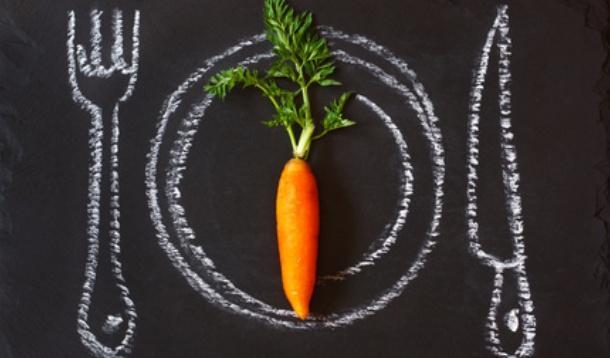 When I was 12 years-old, we had just moved into a new condo with our soon-to-be stepfather. For the past few months I had been going though a weird growth spurt — I would grow out, then up. Out, then up. I wasn’t overweight by any means; in fact I was pretty average for my sixth grade class. One night at dinner, my mom had made pasta, and placed a basket of fresh Italian bread in the middle of the table. After finishing my portion I was still hungry and so I reached for a second piece of bread.

“Amber,” my stepfather snapped at me. “If you eat another piece of bread you’re going to get fat. Do you think I would be marrying your mother if she were fat?”

By the time I reached middle school, I had become a vegetarian and was skipping meals. I’d lie to my friends and tell them my mom wouldn’t let me pack a lunch when they asked why I wasn’t eating. My music teacher told me how concerned she was with the weight loss. I ignored her, and if she called home I never heard about it.

When I transferred to high school I would pride myself on the days I could go without eating at all. They weren’t often, mind you: I played every sport under the sun and competed on an international fast pitch team evenings and weekends. Using up all that energy and being under the watchful eyes of coaches made it impossible to skip meals. So I’d opt for salads and save the fasting for when I was out with friends. Except fasts are meant to be broken; I’d come home late at night, and secretly stuff buttered bread down my throat, feeling guilty and fat the entire time.

I had my first experience with dieting towards the end of university. A combination of things—less time to play sports, a new boyfriend, alcohol and my new vice, stress-eating—led me to gain roughly 20 pounds. So I went for the Atkins diet, and sustained myself on vegetarian proteins and vegetables. Before long I was back down to my trim self, although I hated wearing a swimsuit or showcasing my body in any way.

In my mid-twenties the pounds started creeping up again. By then, I had ditched being a vegetarian (a secret binge on a McChicken sandwich at the drive-thru ensured that), and had a new boyfriend who seemed a heck of a lot nicer than my last serious dude. A girlfriend told me about the Cayenne Pepper diet, and so for 10 days she and I consumed nothing but a disgusting concoction of water, lemon juice, maple syrup and cayenne pepper.

When my boyfriend saw me days later, he remarked that I had lost all my muscle mass, and was I sure I didn’t want a slice of his pizza?

Years later that boyfriend and I married, and he has since gone through a plethora of other diets with me. We’ve gone through guided cleanses, scrubbing clay over our bodies and cutting out all cow dairy. We’ve done hot yoga challenges, workout regimens, Weight Watchers and counted every single calorie we’ve put in our bodies. The result? I’m bigger now than I ever have been, and my binge eating has just gotten worse and worse. For all the weeks we’d be “good,” we’d break down and be “bad” for twice as long. Each time the weight came back worse than it was before.

The problem was that we weren’t fuelling our bodies with the necessary foods to keep us full and satisfied. We were depriving ourselves of the things we loved, to the point where we both gorged ourselves stupid when we finally gave in.

This past September, after nearly three years of trying, four failed IUI procedures and an infertility doctor giving us a four per cent chance of ever conceiving on our own, we learned we’re pregnant. The one thing we had finally changed? Our diet. Rather than restrict calories or try to get to an ideal weight, we ate wholesome foods, consumed leaner meats and fish, drank fresh juices we made ourselves and subscribed to an organic delivery box.

The joke of it was, no one knew I was pregnant, yet random people kept telling me I looked like I had lost weight. I took it as a sign. Right now I need to put the right foods into my body because I’m responsible for someone else. But once the baby is born, I don’t want to be the kind of parent who teaches their kid to hate food. Happiness, acceptance and a healthy, balanced diet made up of smart choices is the lifestyle I’m choosing for my family, and as far as I’m concerned, that can include as much (whole grain) bread as my little one—or I—want.

Amber Dowling is a writer for W Dish. At W Dish we serve you nothing but the best life has to offer. Canada’s go-to site for news, inspiration, trends and ideas.