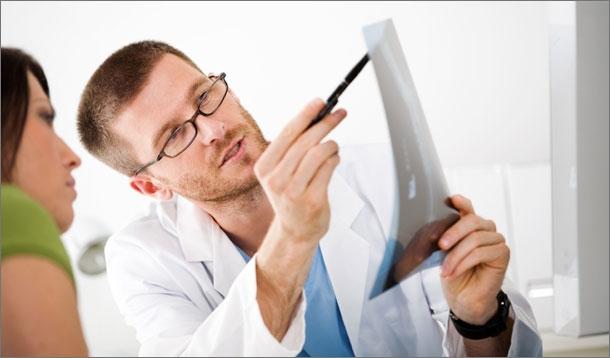 A brain tumour is a scary thing! You can't see it growing, you can't feel it growing—it hides behind your eyes and watches you live your life, waiting until someone notices something a little "off" about you.

My mother-in-law had a malignant brain tumour. Everyone's experience with one is different.

In 2003, Vivian started leaving bathroom taps on, stove elements burning all day, minor things that alone are odd, but not unheard of for a busy woman in her 50s. Perhaps starting menopause? She was a bookkeeper, volunteered at the local historical society and library, read books, carried on conversations—nothing seemed exceptionally out of the ordinary.

In March, 2003, my husband got a call that his mom had been in a car accident, because she forgot to look left. At this time, the doctors thought she had had a minor stroke. She was admitted to a hospital for tests, and diagnosed with a brain tumour. Three days later, she had her first brain operation.

There are 120 different kinds of brain tumours. I'm not sure what the name for Vivian's was, but we knew it was the kind that spider-webbed through the brain. The surgeons couldn't get it all, and told her she would be lucky to live past two years with this type of cancer.

After the first surgery, she was allowed to go home. Radiation therapy kept the webs from spreading too fast, but couldn't kill the cancer. A year passed before she wanted a second surgery; however, the doctor didn't think it would help her quality of life, and the possibility of losing her during the operation was high. She went to three surgeons before someone agreed to do the second surgery.

The day she was transferred to the hospital for the operation is the day we told her I was pregnant. We brought flowers and put something on the card that said: "To the new Grandma." Her response was less than enthusiastic. I believe her words were, ". . . and this is how you tell me?" She LOVED being a grandmother to my husband's (then) six-year-old son. We thought our news was something she could use to fight for—a positive focus.

After the surgery, she didn't return home. She woke up, but wasn't the same. She couldn't understand some jokes and her right hand was constantly moving, as if she were punching numbers into a calculator (memories from bookkeeping?). She was transferred to a palliative care hospital where she spent her last six months. At night, she would scream about snakes on the ceiling, would repeat quotes from the movie Shrek, and lose track of short conversations while you were having one with her.

One day, we came in and she asked my husband to pass her the pink nightgown on the chair (no nightgown was there), and proceeded to get undressed. My husband was amazing. Without missing a beat, he told her the nightgown was in the wash and he would get it in a minute, then helped her put her top back on.

By December (three months after the surgery), she didn't always remember people. I've heard that memories of the people you thought the most about in your life go first. Viv always worried about her younger son. He was the first one she forgot. Soon there wasn't much left of Vivian. She stopped talking and lost her ability to do most physical tasks (big and small). We would visit and sit and talk around her, she would stare and tap her hand. But the Vivian we knew was gone.

At the end of December, I was five months pregnant and discovered that the baby had died. We decided not to tell Viv (not knowing if she would understand), because we didn't want to upset her. Viv hung on until March—two months before the baby would have been born. She died with her husband on this side, and a grand-baby waiting for her on the other side. It was a little comforting to think of her holding that baby—both of them no longer alone.

She lived two years, to the month, after her diagnosis.

Vivian was a fighter. She was funny, caring, and loved her children, husband, and grandson. She was a mom, sister, aunt, grandmother, daughter, wife, cousin, friend.

My only regret is that my husband and I didn't get married when she was alive and well. Viv was the life of the party, the Matriarch of the family.

Go to page 2 to learn the signs and symptoms of a brain tumour.

To learn more about brain tumours, visit The Brain Tumour Foundation of Canada. The following information is from their blog, Courage And Hope.

Be Aware and Share Facts and Brain Tumour Signs and Symptoms:

Every person diagnosed with a brain tumour will have different symptoms and their own journey to a diagnosis. While some people do not develop symptoms that would indicate a tumour, others may have symptoms that worsen over time eventually leading to a diagnosis. Others still may feel perfectly fine but experience a sudden onset of symptoms, such as a seizure, which leads to a quick and unexpected tumour diagnosis.

The following is a list of common symptoms, which, alone or combined, can be caused by a brain tumour (malignant or non-malignant):

If you or someone you care about experiences any of these symptoms, please consult your doctor.

Please note that this information is provided for education purposes only and questions about an individual’s health should be directed to your doctor.

Mom of 2 boys, stepmom to a 3rd.  My passion is reading and writting (when I get the opportunity).

Being a mom is more difficult than I ever anticipated.  My roles as a mom, step-mom  wife, cleaner, taxi-driver, sister, daughter, female, human, etc., all seem to change as fast as my kids change.

One of my parenting goals is to teach my kids to notice and appreciate the small things in nature and in life (the sound rain makes on the roof, snow falling in big flakes with no wind, the sound of cicadas in summer, the texture and smell of paper books).   By doing this I hope life will slow down for them (and me)

It's a wild, fleeting ride.  Enjoy it while you can!