Have you signed the kids up for swimming lessons yet?

Why learning to swim is a matter of life and death 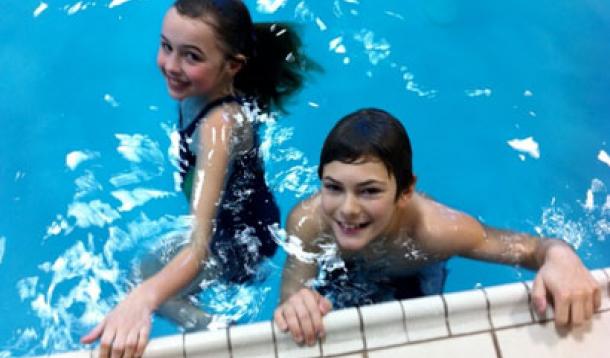 If you or the kids are planning to be around water this summer, here is why regular swimming lessons and a review of water safety is so important.

When I was eighteen, I agreed to teach a friend’s fourteen-year-old brother how to swim. He was too embarrassed to take lessons at the public pool, so I reluctantly added him to my backyard swimming lesson schedule. We spent our first few lessons walking around the tiny shallow end of my ‘L’ shaped pool to establish trust and confidence. Once Ray could float on his front and back, it was clear that we needed more space. When he did a float, his dark, muscular body filled the entire shallow area. I wanted to get him to start kicking his feet and moving around. There was only one place to go.

Grabbing a long Styrofoam kick board, I gave him some tips on our way to the deep end wall:

“Forget it’s deep in here. You know how to float. You know how to flip onto your back. It doesn’t matter where the bottom is because you don’t need it. If you’re tired or your board slips, just float on your back and I’ll pull you to the side. Just relax and don’t grab me, okay? DON’T GRAB ME. You’ll be fine.”

And Ray was fine—for about three seconds. He awkwardly moved his hands, one at a time, from the wall to the board and started to kick. From beside him in the water, I saw his shoulders tense up, his arms straightening and pushing his chest up higher off the board, causing him to rock from side to side then flip over violently in the water. I tried to get behind him, and then he violently grabbed my arm. Suddenly all was eerily quiet as we struggled underwater. My foot shot out to the middle of his chest and sprung me free to catch a fast breath before swimming back down to grab him from behind.

Once at the surface, I slammed him into the concrete side of the pool, breathless, knowing I would never bring anyone near his size back there again.

I enjoyed my lifeguard training, but the one part I dreaded proved to be the most valuable. It involved being "attacked" by my peers in a simulation of the situation I ended up having with Ray that day. Being ready for it probably saved both of our lives. Without the prior practice, I would have been stunned by his strength, and would not have had the reflex to kick or the wisdom to duck down under him before heading to the surface for that crucial breath that allowed me to bring him up.

I have no recollection of what happened after I got Ray to the wall. I do know that that was our last lesson, and that I was the one who learned something that day.

Ida Mae West is a mother of two, an elementary school teacher and teacher-author at That Fun Reading Teacher.  She has taught students of all elementary school grades and abilities in her roles as a classroom, special education and Reading Recovery™ teacher. A lifelong writer, she attended The Humber School For Writers in July 2012.  Connect with Ida Mae by email.