Keep The Girls In Place 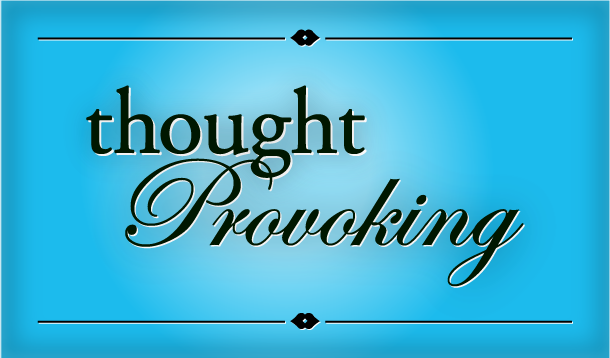 First of all, my name is Carol, not Jane and

I'm a stay-at-home mom, President of Rocketmama Sports Inc. and the creator of the JanestrapTM.

The JanestrapTM is the first motion-control sport strap for large breasted women. It is a 3 wide elastic covered in technical fabric with bra fasteners on either end. It is worn over your sports bra by wrapping around the torso and fastening in the middle just above the breasts. As I like to say, it stops the girls on their trip up! It is simple, effective and its thinking outside the bra!

I came up with the idea for the JanestrapTM after the birth of our first child. Being a runner, I was very eager to get back my pre-baby body and get back into running. Days after she was born, I made a lofty goal of running in the Royal Victoria Marathon which was only 5 short months away!

One week after delivery, I stepped back onto the treadmill but soon found that my breasts, which had since doubled in size, were not up to the challenge. Running became uncomfortable, embarrassing and painful. I tried several different sports bras and nothing seemed to stop the bounce. I eventually wore two bras but was still puzzled why we could clone a human but we couldn't make a sports bra that stopped the bounce! Why is that? I jumped up and down and exclaimed to my bewildered husband, "If you just apply some pressure here (above the breasts) you can stop the bounce. So why can't you have a bra with that idea in mind?"

The seed was firmly planted in my head. I filed the idea in the far corners of my brain and carried on with my life. I threw myself into motherhood with gusto and even ran that marathon finishing in a respectable 4:09:00. It wasn't until about 15 months later that the idea came to life yet again. Still complaining about my annoying breast bounce| my husband suggested that I explore the idea. So I did. 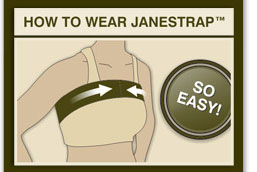 Several designs and three years later, I came up with the final JanestrapTM. I had a design that worked and now what? My husband Bill gently nudged me along. Of course, the thought "Who am I to bring a product to market?" ran through my head daily but with each little step forward, I got closer and closer to that reality.

Fear and doubt were my poisons but the words BELIEVE IN YOURSELF were my antidote.

Then there was the business of starting a business; patents, trademarks, manufacturers, fabric, and financing. I made mistakes, corrected and re-directed. I surrounded myself with smart people and I asked a million questions. It was frightening and it still is but the idea is to keep moving forward.

I am so passionate about the JanestrapTM because I believe in it. It works. There is greatness in this product because of what it represents. It is bold because it is daring to be different.

Mahatma Gandhi said, "Be the change you want to see in the world". This product is not going to make the world a better place but it does represent that we, as individuals, can create the change we want to see.