How to Get Hubby Off the Couch

How To Get Your Husband To Exercise Too 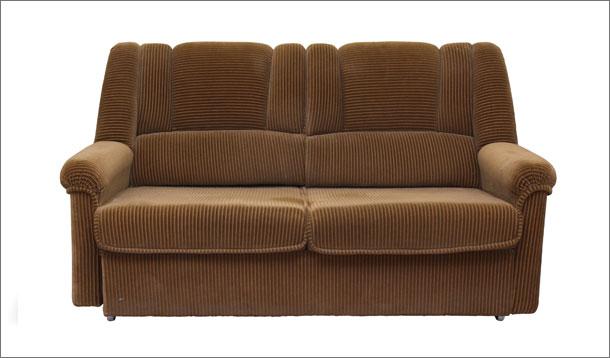 Here you are. You’ve worked hard to lose that baby fat, you’re active and you eat well and you feel great! 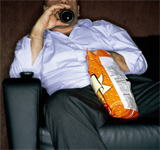 But you get frustrated that hubby still spends his evenings sitting on the couch eating chips or other munchies and watching TV. You’ve managed to get him to eat better (he has no choice or he has to make his own dinner), but still cave in to his desire for snack foods. He many not be fat, but his six pack may be long gone and have turned into a twelve pack or a 2-4. It almost seems that the baby fat you’ve lost has found its way on to him.

So, what can you do to get him off the couch? Buy him a subscription to Men’s Fitness Magazine? Buy pants for him that are the same size as when you married him and hope he’ll take a hint?

I’ve learned that the best way to get my hubby to get active is to lead by example. Getting up early and exercising. Joining him on the couch and doing exercises during the commercials, and sharing my personal success with him.

The other strategy that I’ve been using is suggesting family activities that we all enjoy and get us moving like bike riding and hiking. Mind you the pace isn’t as fast as it would have been BC (before children), but we’re moving!

I’ve also let him know that if he wants time to go on a hike on his own, or have any time for himself that he just needs to let me know. I wanted to make sure that he didn’t feel guilty about taking time for himself. As he started to see the changes I was experiencing, I noticed that he would disappear every now and again to sneak some time in on the elliptical trainer.

Now this isn’t going to turn my man into a body builder overnight, but as he gradually notices a difference, hopefully it will get him into some good habits and encourage him to develop some core strength that will help his health in the long term.

Jennifer Lyall is a healthy mom and the Chief Vitality Officer of Liv Healthy. She's passionate about sharing health and wellness information to inspire people to be proactive about their health inside and out. Jennifer is a member of the Canadian Society of Dowers and actively uses dowsing to help live life with ease and grace.