Parents: Your Helpful Hints Are Why Your Kid is Quitting Sports

What they're hearing: "You weren't good enough." 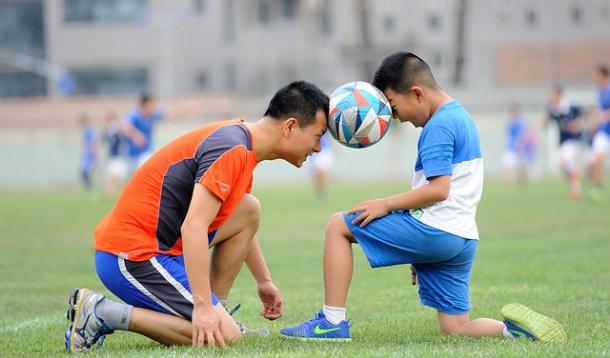 Years ago, I read an article about kids and sports that stuck with me. It was an interesting take on when you should talk to your kids about a game or practice. What it boiled down to is:

Parents should never offer constructive feedback right after a practice or game is over. The reason being is that even if you’re offering helpful advice, your child is more than likely to take it as a criticism.

So, if you say, “Next time you should get closer to the net before you take a shot,” thinking you’re being helpful, your child is may be thinking, “I wasn’t good enough this time.”

Even asking a question like, “Why does Joe get more ice time than you?” can be construed as you criticizing the coach.

In an article, “The Ride Home” at Changing the Game Project, John O’Sullivan writes about having to do exit interviews with soccer players who decided to leave the sport.

"When I got these players alone, and asked them “what was your least favorite moment in sports?” I often got a very similar and sad answer: the ride home after the game.”

Think about that for a second. As parents, we’re supposed to be our child’s biggest cheerleaders, and yet, for many kids, that ride home with parents is the worst part of whatever sport they are in.

I’m not even laying any blame, because even the best-intentioned parents can mess up. I know we sure did a few times.

My husband and I are very big on our kids being active, but achievement in sports has never been something we focussed on. My older son is a short-track speed skater, and my younger son is what we like to call a ‘dabbler’, in that he likes to try a bunch of different activities. We support both equally and make sure they know our pride in them is because of effort, not outcome.

Yet, it didn’t stop me from asking my speed skating son why he didn’t do an inside pass in a race. And it didn’t stop my husband from offering helpful advice to our younger son about things he can do at his next soccer game. And after we “offered” our advice, you could quite literally see our boys shut down.

In fact, my older son finally said to me one day: “You’re not the one out there.” It was a moment of complete clarity for me. I was asking because I really wanted to know why he didn’t try the inside pass. All he heard was that he should have made the pass and he didn’t.

You know the saying: “The road to hell is paved with good intentions.”

So yes, we all f*ck up from time to time. But there are a few things I’ve learned, and maybe they’ll be helpful to you too.

Literally, if you feel that advice or criticism is going to come out right after the game, bite your tongue and stop yourself. Unless your child acted in a way that you would not accept anywhere else, right after the game is not the time to say it. Wait a few hours to see if it’s something you still even consider important enough to say.

Ask Them How They Felt About the Game or Practice

Kids are perceptive, and if you ask them, most times they know whether they played well or didn’t give it their all.

You Only See a Part of The Story

You know what you’ve seen, but you don’t know what instructions the coach gave the kids. I can’t tell you the number of times I’ve seen parents shouting down to their kids in a speed skating practice to ‘skate faster’ when the drill they are doing is supposed to be done slowly. You are only aware of part of the story. Always keep that in mind.

Remember Why Your Kids Started (and Stayed) in This Sport

It began because they wanted to try it, and they stayed because they like it. Whether your kids win or lose isn’t the most important part of the big picture. It’s not even close. If you focus on developing a love of athletics and being active, then everyone is a winner.

P.S. This article didn’t mention the parents who berate their kids, yell at the coach or referees, and go crazy when their child or child’s team loses. The only advice I have for you is to stop that shit. Stat.

RELATED: 15 Things I Wish I Had Known Before My Kids Joined Competitive Sports