Would You Play Video Games With Your Vagina?

Apparently France has been playing vajayjay video games for YEARS. 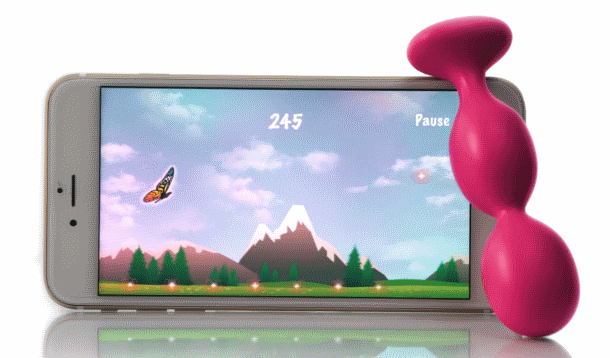 Socialized medicine in France covers something most people have never even HEARD of in Canada. After childbirth, the French government foots the bill for up to 20 sessions of something they call la rééducation périnéale - literally, re-education for your perineum.

In layman's terms, it's physical therapy for pelvic floor and vagina. PT for the VJ. Talk about having some medical advice at your cervix.

Did you groan? Stop ovary acting. I know vagina and female area puns are not that fanny, period. But they kind of are.

Anyway, I read a funny story about it years ago from a friend of mine who lived in France during the birth of her kids and went through la rééducation périnéale twice. Not only did the sage femme (midwife) who conducted this physio conceivably spend more time examining her lady bits than her husband has in their entire marriage, but she was gifted with a sonde to keep for their sessions that she ended up calling her "joystick" for reasons that were hilariously apropos.

She had to squeeze her kegels around the wand, and keep a yellow dot floating betwen lines as it moved along on a screen. The game was designed to gradually increase strength and "agility" of all the muscles down yonder. And I don't know if this game they played had an official name, but after I heard the story, I decided to privately call it punani pong.

The story got better, though. If you've ever been to PT of any kind, you know they like to use Interferential Current (IFC) which is basically electrical stimulation to stimulate muscles and increase blood flow. Well, the sonde also delivers light electrical shocks because the French PTs don't shy away from the idea of using electricity to stimulate some action in the ol' bat cave's muscles just because you've got some social hang ups about it.

Her funny story cumulated in how she managed to electrocute herself with her vaginal probe in one session.

Imagine - not only playing games with an electrified "joystick" shoved where the sun don't shine, but having to do it with an audience of very touchy-feely professionals. I never thought about how I must have ended up in America, but even though I consider myself relatively femininely liberated, the very thought of this makes me pretty sure I'm directly descended from a Puritan who rode right over on the Mayflower.

But those "crazy French people" with their obsessions with female body parts? They're on to something. Not only are they the undisputed sex goddesses of the western world, French women aren't afraid of trampolines and don't have to change their underpants when they sneeze.

So why do we just automatically assume here in North America (and apparently Britain, too), it's normal to cross our legs and wear pads? Apparently most of us also do kegels wrong, so we don't get nearly the benefit doing it on our lonesome.

Naturally, someone in France saw a business opportunity to capitalize on our cultural predisposal towards saggy vaginas and bring an R-rated fitness device to iPhones and Android devices near you. Perifit launched a crowdfunding campaign for their vaginal sensor device and app to help with postpartum care and extra special sexy-times. They hit 500% of their goal in less than a month, so clearly there's some demand and I'm beginning to think that person's a vagenius. I have to admit I'm intrigued enough to give it a shot if it becomes available in Canada, even though I'm not the unlucky 1 in 3 women who suffer stress incontinence.

The Perifit device (perhaps to your delight or dismay) does not appear to be a shock risk, at least. But I would wonder how one would explain how they're playing this flappy-bird like app game without any hands.

RELATED: This Alarm Clock Will Wake You Up With an Orgasm