Why Strep Infections Just Got Scarier 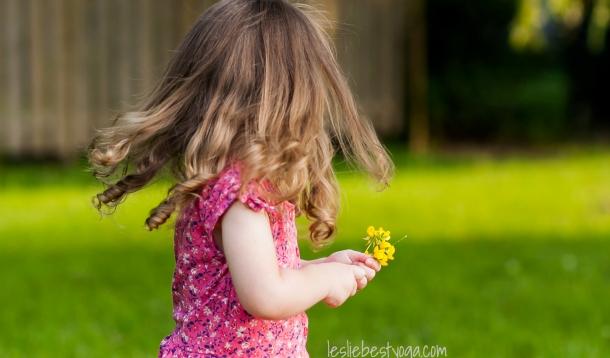 What do strep infections and PANDAS have in common? It's no fun finding out.

The beginning was in this past June; no, actually, the beginning was this past May when we got sick. Our eldest had a terrible sore throat and ear infection that took a course of antibiotics to clear up. The little one got a cold, then croup. It was a normal spring sick fest in the house. Then we all got over it. Or so we thought.

Then, June arrives. Our littlest one, the two and a half year-old comes home from a day out with her grandparents and I began to notice she was "extreme blinking," in a way I can only describe as whole face blinking. I know blinking; only eight weeks prior, our eldest had been diagnosed with mild Tourettes Syndrome (The jury is out on that now. More on this later). One of his first symptoms? Blinking.

The next morning, there was no more blinking. We hoped she was maybe copying her brother and just learning about her parts. Unfortunately though, the blinks snuck back into our days on and off for the next few weeks.

Now it's July. Half way through the day on July 11th, while hosting my biological mother's 60th surprise birthday party, the little one woke up from her nap and was not herself. She had the worst blinks we had seen yet. And was obsessively touching her nose.  Like there was something in it or bothering it. Almost constant blinking and nose touching. With a house full of guests, all noticing. I almost died. Thankfully most were family.

Looking back now, she was also "off" in other ways. She was very clingy and not her happy outgoing self at occasions where she would normally thrive and enjoy. She screamed a lot. A LOT. I accounted this to being a normal 2 1/2 year-old girl but maybe not the case. She was waking up through the night again asking to come into our bed. She was sensitive to the bright days outside, and would complain of the light bugging her eyes. A few nights she sniffed herself to sleep. Just couldn't stop sniffing and had no running nose. She wasn't herself and we started to notice. I remember a conversation with my Mom in early July about her behaviour and she suggested it was maybe because the boys were now home all day from school and her little cute nose might be out of joint. Made sense to me.

The Monday after the party, I called both of our pediatrician and family doctor in a panic.  Both were on holidays for two weeks and there was no one else to see us for at those least two weeks. I was told by the nurses at my clinic that it was not urgent and because so many doctors in our office were on holidays, they could only accept urgent appointments. I considered my daughter blinking so badly she was risking tripping or falling pretty urgent but sadly, they didn't agree. My husband and I decided that she was okay to wait and that we would rather see our trusted family doctor  than start something with someone else in haste and panic. We assumed she probably had Tourettes Syndrome as well, and was fine otherwise. I planned to use what I knew to help her. Essential oils, Epsom salt baths, yoga, laughter, music, and love and did my best to restrict her diet of foods that are known to exasperate tics. We had an appointment scheduled for Monday July 28th, which was the first day my doctor was back from holidays. I felt relieved but wasn't sure how I was going to get through the next two weeks waiting.

About 10 days later the blinks were slowing down. She appeared to be stuttering a bit though. Again, we hoped that it was because she was thinking faster than she could get it out. By the next morning, she was stuttering and getting so stopped up so badly she could barely communicate at times. It was truly heartbreaking. Just a few days prior we were celebrating seven and eight word sentences and literally over night she could barely say "Mommy" or "Where is...?" I knew something bigger was going on.

Finally we got to see the doctor. Through a teary mess of sobs and facts I told him what had been happening with her. I've known my doctor my whole life and I could tell by his body language when I was telling him that he wasn't going to just write my up a referral to see the pediatrician I had seen with our eldest. Instead, he asked me if I had ever heard of PANDAS/PANS. I had, but only in passing with researching basic info on Tourettes this past Spring.

Wait; what? Remember back in May? Sick kids? Sore throat. Oh damn.

He went on to tell me that this is a relatively new and controversial disease. "Rheumatic Fever of the Brain" he said. "Some doctors/medical professionals don't even believe it exists or know a thing about it. There is no protocol to treat it. Some children though have responded well with antibiotics - a lot of antibiotics."  Those who know me know that I am not a fan of the "antibiotic" if not needed. (Side note: Life is telling me something here. Figure this out later. I'm willing to bet it has something to do with control.)

PANDAS occurs when an strep infection triggers a misdirected immune response that results in inflammation in a child’s brain. In turn, the child quickly begins to exhibit life changing symptoms such as OCD, anxiety, tics, personality changes, decline in math and handwriting abilities, sensory sensitivities, restrictive eating, and more.

He suggested that we tried 10 days of Azithromycin. Not to fight the strep bacteria that caused this big mess. That was long gone. It's the swelling in the brain that we need to deal with. Apparently her little antibodies are such overachievers that they attacked the strep that caused her illness in May, then attacked the basil gangal of her beautiful perfect little brain. This area of the brain is the behaviour and movement epi-centre. Like any area of our bodies, it protects itself from danger with inflammation and when stuff gets swollen it doesn't work optimally. We were using this antibiotics to reduce swelling of her perfect little brain. OMG. (Side note: Mom now freaking out.)

"There are no specialists for this yet."

"No I haven't diagnosed a case before."

Two days after treatement and she's doing a lot better. I'm convinced we've figured it out and my doctor is the best thing ever. We'll keep her away from sore throats and if she ever has another flare or episode, antibiotics will fix this. Or not. Slowly I realize that she's experiencing the classic waxing and waning of symptoms that these kids have. Good days and bad. Hard to tell then if anything is working. A lot of doubt rose.

Ten days of antibiotics turned to thirty. Thirty have now to 90 and I'm not sure what the hell is going on somedays. Our family doctor has never treated another case of PANDAS in his practice but has been willing to do all he can to help us. I thank God for this every day as so many families before us have struggled with getting a diagnosis. We are still trying to put the pieces together for our eldest to see if he in fact is also suffering from PANDAS. It absolutely has a genetic trait. I believe he is, we just have to wait for him to get sick again to find out.

So happy to report that the little one is showing gradual signs of improvement. Healing the brain is a slow and tender process. We are waiting to see a Naturopath and have an appointment with a Speech Therapist this December.

The more I talk about PANDAS within our close circle, the more I am realizing that very few know about this childhood disease. I'm not comfortable staying quiet so I needed to share to hopefully help somebody else down the road.  If you know a child that suffers from overnight or sudden change in behaviour including tics and OCD please have them tested for strep. Knowing the symptoms can change the outcome!

More information can be found here:

RELATED: When Beliefs Lead to Death