Canada's Fast Food is Some of the Saltiest

You May Be Surprised To Learn Where Sodium Is Lurking 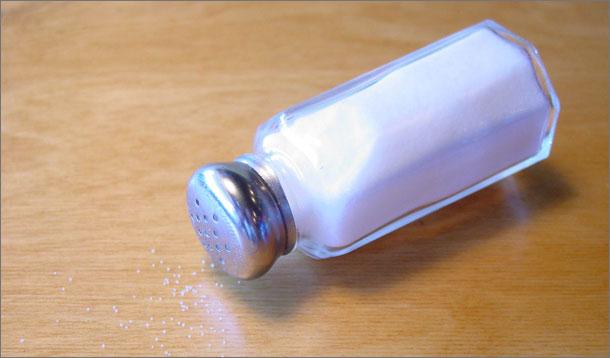 If you were on the fence about eating fast food, the latest news just might convince you to cut back. Calgary researchers recently completed an international study that compared fast food favorites from countries such as the United States, United Kingdom, France, Canada, Australia, and New Zealand, and what they found might be a little surprising to some.

Canada’s fast food, on average, is the saltiest—even the salads!

Comparing favorites from restaurants such as McDonalds, Burger King, Pizza Hut, Dominos, Kentucky Fried Chicken, and Subway, Canada's fast food ranked either the saltiest or second on the list.

Salt is not a new issue in Canada. According to Health Canada, Canadians eat about 3400 mg of sodium daily, which is double what we actually need.  Excessive salt consumption contributes to high blood pressure, heart disease, stroke, kidney disease, stomach cancer, and osteoporosis. To combat this, the Canadian government implemented the Sodium Working Group in 2007, which came down with more than two dozen recommendations for ways to reduce sodium in Canadian’s diets to acceptable levels by 2016.

Unfortunately, after three years and spending about $1 to gain those recommendations, the government disbanded the Sodium Working Group last year long before their work was completed and they could track the reduction of salt in processed food products by the companies that produce them. Some of the recommendations have been tabled, but not all, as Health Canada has said that

“Regulations aren't always the most effective or appropriate tool.”

What’s a consumer to do? First of all, you can make your voice heard over at Sodium 101, where there is a petition set up to tell our government that we need a National Sodium Reduction Strategy.

Then, take charge at home. You are in control of what food comes into your house, and reducing your family’s sodium intake is easier than one might think.  Salt isn’t just present in fast food, but in processed, packaged food and surprisingly, foods that we would consider to be healthy such as canned tomatoes, tuna, cereal, and beans.  Knowledge is your best weapon.

You can reduce sodium in your diet on your own by being aware of how much you are consuming in the products you buy. One doesn’t need to eat fast food to get a massive dose-just eat packaged, processed foods. Even foods that would be considered otherwise healthy can be loaded with sodium, which drives the point home that as consumers, we need to be aware and read labels. Canned tomatoes, beans, tuna, luncheon meats, soup stocks, and cereals often have very high levels of sodium.  In general, you want to be sure that you are getting less than 200 mg per serving. Start out slowly by substituting these products for your usual products, and over time, you will reduce your palate’s taste for salt.  It may not be that noticeable at first, but eventually you will lose your taste for salt and things that you once were able to enjoy will seem far too salty.  Substitute fresh herbs and lemon if you feel flavor is lacking, or add a little salt on your own, but just a tiny bit.  The salt issue is another reason to try making more things from scratch, such as salad dressings, pizza sauce, hummus, and spaghetti sauce.  This way you have more control and can up the flavor with alternative ways other than the salt shaker.

Kitchen Basics (no salt added chicken stock) This is my favorite because it also doesn’t contain MSG, like some other well known brands.

Cortina Imported Italian Tomatoes (secret: imported Italian tomatoes typically are sodium free) *These are my favorites as they often have a very thick tomato puree instead watery juice

You can cook your own from dried for a cheaper option

What are your tips for reducing sodium in your diet?