It Doesn't Have To Be Intimidating 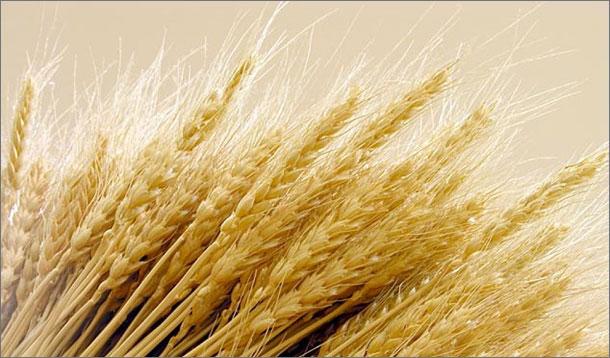 When it comes to food, gluten-free is the new black. Rates of gluten sensitivity are increasing, and so is awareness of the disorder. Even celebrities are talking about their experiences giving up gluten. Tennis star Novak Djokovic credits going gluten-free for his winning streak, and The View’s Elisabeth Hasselbeck wrote a cookbook about her gluten-free diet. As gluten-free's popularity rises, it's more and more likely you'll find yourself cooking for someone who doesn't eat wheat.

My husband and I stopped eating gluten this year. In the past few months I've thrown myself into gluten-free cooking. I'm happy to say it's much easier than I expected. If you're nervous about hosting someone who doesn't eat wheat, I'm here to tell you that with some simple tips, it's really straightforward.

Stick to What you Know

Wheat, barley, rye and spelt contain gluten—but potatoes, corn, quinoa and rice do not contain gluten. Dairy, meat, eggs, beans, nuts, soy, fruit and veggies are also all gluten-free. In fact, you probably already eat gluten-free occasionally without knowing it. Instead of investing a lot of effort in learning new recipes, pick something you're already familiar with. Easy-peasy!

If you're going to lay out some nibblies, think about your gluten-free guest. Lots of people put out cheese, meat and dips with crusty bread. If you also lay out some rice crackers (I love the ones with sesame, and so do my gluten-eating kids) or tortilla chips, you'll give the wheat-free something to spread that baked brie on. It's a little touch that will go a long way.

Gluten is sneaky stuff, and it can hide in a lot of unexpected places like soy sauce, worcestershire sauce, salad dressing and bouillon cubes. To be on the safe side, read the ingredients list on prepared foods carefully. If you find hidden gluten, there are usually simple substitutes. This is the hardest part of gluten-free cooking, but a little diligence really pays off.

Gluten-free folks know that other people eat wheat. It's totally fine to offer buns or cookies to your other guests as long as you keep the gluten-free food away from the glutenous food. Even very small amounts of gluten can damage the intestines of someone with Celiac disease. If you're making salad, serve the croutons in their own dish. If you're roasting a turkey, cook the stuffing separately. If you're laying out spinach dip, put it in a bowl instead of a hollowed out sourdough loaf.

A lot of ethnic cuisines feature many dishes that are naturally gluten-free. Thai and Indian food are two great examples. Most sushi is gluten-free, until you add the soy sauce. Mexican food, like tacos in corn tortillas, is also an easy, tasty and gluten-free choice.

There's nothing sadder for the gluten-free than a table full of sweets they can't eat. There are some simple and tasty gluten-free options, though. My go-to choices are ice cream, chocolate, fruit or yogurt. If you're feeling fancy, you can make creme brulee. If you want something simple, choose jello or pudding.

If in doubt, give your gluten-free guest a call and run your menu by them. They have been through all of this before, and they know it can be tricky. They may even be willing to bring a gluten-free dish to share. In fact, they’re probably used to it. Gluten-free entertaining isn't meant to be a test, so don't worry if you don't have all the answers on your first try.

Amber Strocel is an all-around crunchy granola mom to two kids. She worked for ten years as an engineer, but following a lay-off she traded that in for the glamorous life of a 30-something at-home mom in the Vancouver suburbs. Now she's just trying to decide what she really wants to be when she grows up. In her extremely rare and precious free time she gardens, sews and eats rather a lot of chocolate.

You can catch up with Amber's regular adventures on her blog at Strocel.com, or on Twitter by following @AmberStrocel.