The Parent's Guide to Cocktail Pairing 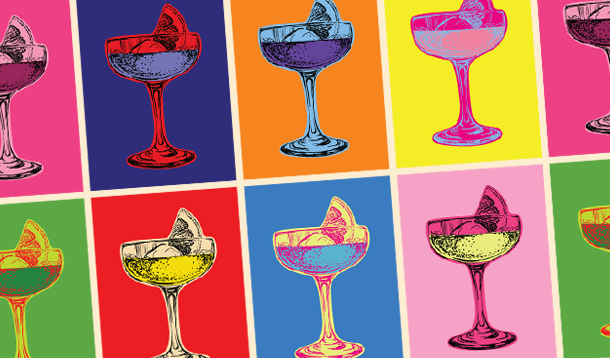 I swear this weekend I almost abandoned my children. I dunno what got into my twin daughters over the weekend, but they were freaking off the hook, totally insane, crazy disobedient and all around terrible. If it weren’t for those few fleeting moments where they were sweet, full of love, kisses and cuddles, I legit would have packed my bags and flown to ANYWHERE that was far, far away, and also warm ‘cause it’s freeeeeeezing over here!!!!

Judging by the fact that my husband had a very large alcoholic beverage after we put our princesses to sleep last night, I’d say that he agrees with me. And what a genius he is for recognizing that sometimes parenting requires alcohol to survive/not flee from your children.

Adulting (yep for me this is a verb…) is hard enough without kids and often requires a drink to de-stress. But at the same time, it's also about a million times harder once you have kids, so I've decided to help all the parents out there pair the right alcohol to the type of day they’ve had. You’re welcome.

When your child has explosive diarrhea, where poop ends up on the walls, all over the crib, all over themselves, and yes, on you:

Vodka...at least 40%. Until the smell of crap has left your nose. There's no time for mix. Chug it straight.

When your baby vomits on you, including your face:

Whiskey Sour. This will keep you from vomiting too, while also getting rid of the vomit stench that has filled up your poor nostrils.

When your kid injures you (this could include, but not limited to: biting, hitting, throwing large and heavy objects at your face...):

Whatever drink takes you to your happy place and reminds you that you love your children. For me this is alcoholic Strawberry Lemonade, you can use flavored or plain vodka for this!

When your toddler decides to throw temper tantrums all damn day:

I suggest a margarita and a vivid imagination. If you prefer a nice cold cerveza (beer) that also works, just as long as you’re pretending you’re in Mexico while drinking.

Drink a glass…or bottle (no judgement) of wine. I suggest a nice Merlot, or if you prefer white, a Pinot Grigio.

When you have a totally beyond crazy day with your kid(s) and you’re on the verge of a mental breakdown:

Whatever alcohol you have lots of. At this point it doesn’t even matter. Basically, whatever will make you the happiest/drunkest the quickest.

When your child/children are sick, whiny, and miserable:

Whatever drink is your comfort drink, for my husband this is Kahlua and milk, for me this is a Caesar. But if you also happen to be sick, I say make a cough syrup cocktail! I bet spiced rum would go pretty good with Robitussin.

When your child starts school for first time:

Since this will be in the morning (typically), you’ll need to add some Baileys to your morning coffee, somehow this makes drinking before noon more socially acceptable.

When it's the first day back at school after summer vacation:

Pop that champagne! It doesn’t matter if it’s cheap or expensive, it will taste great either way after a long summer trying to keep the kids happy and entertained. If you want to avoid judgement from others, add it to some orange juice, because for some reason drinking mimosas (like drinking coffee with Baileys) somehow makes it okay to drink before noon!

Whatever situation you find yourselves in just know that there’s a drink for that. And the more kids you have, the more you're allowed to drink ;) Fun and joking aside, just make sure you don’t get hammered while caring for you children, I’m pretty sure Child Services frowns upon that…

Samantha is a chronically tired & over caffeinated stay at home mom to adorable and energetic 3 year old Twincesses.

Her favorite things in life (next to her family) are: under-eye concealer, The Backstreet Boys, writing on her blog Raising Twincesses, finding a great sale, and baking.

She’s a hot mess mom who’s winging her life, motherhood, and especially her eyeliner, and she hopes that her writing can help others survive the #momlife.