Lessons in Coffee at Ethical Bean

Changing the World, One Cup at a Time 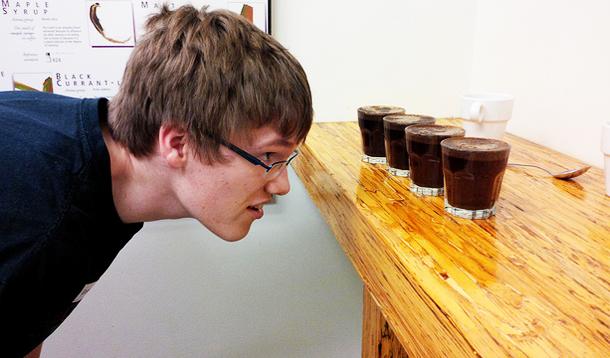 If you are visiting Vancouver, people will say that you need to visit Stanley Park or the ocean, but if you are coffee lover, there's no better place to be than the Ethical Bean headquarters on Kootenay Street. Whether it's to pick up a bag of coffee, enjoy a latte or a sandwich at the cafe, or have a tour of the roastery, mark it down on your itinerary as a must-see place to be.

Founded in 2003 by Lloyd Bernhardt and Kim Schachte, Ethical Bean was intitially inspired by a trip to Guatemala as Bernhardt and Schachte traveled to the country to adopt their daughter. With a passion for the country and coffee, they sought to improve the lives of the farmers in the coffee industry and opened Ethical Bean in Vancouver. What initially began as a tiny business with one employee has grown to occupy a ten thousand square foot space with twenty-six full time employees. The mantra of Ethical Bean is do everything just and better—whether that means ethically sourced, organic coffee or reducing their global footprint, right even down to their workspace being as green as possible. If it can't be just or better, they won't do it.

Recently my seventeen-year-old and I had the pleasure of touring the roastery and meeting Aaron, Ethical Bean's Director of Coffee. We spent the morning learning about the growing seasons of coffee in different regions and how that affects buyers, as well as what produces a sound, quality cup of coffee. Aaron then led us through a cupping session to show us how he would grade samples of coffee that are sent to him to see what he will order for the company to then roast and put on the store shelves. 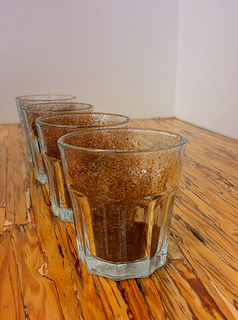 We did a simplified cupping, but the process was much the same. First, we started off with cups of the lightly roasted, ground beans to smell. Each cup held a different kind of coffee from a different region, as they all have various flavours and nuances. As one region may be ending their growing season, another may be just starting. 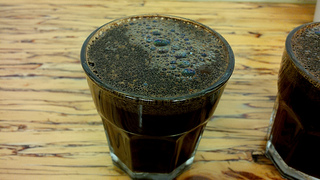 Next, boiling water was added right into the cup and was allowed to steep for three minutes. As it did so, a crust formed. The cupper will then use a special cupping spoon to break the crust and quickly inhale the scent that comes off the freshly brewed coffee. It takes some skill to do this-I wasn't so good at it, and mostly spilled mine on the table. The grounds settle to the bottom of the cup, leaving some foam behind that cuppers scoop off when they are preparing to slurp the coffee. 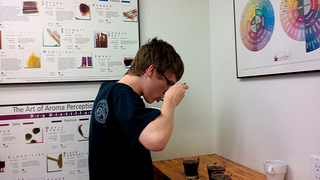 You heard me right: When you're cupping, you don't sip daintily from those cups, you slurp spoonfuls back very loudly. Cuppers will take several passes at each cup as it cools, slurping, spitting, and recording the acidity, aftertaste, body, and more as the product will change as it cools. These notes will be recorded, then the coffee will be given a grade. It's already agreed that they are good, solid coffees, but at this point you want to see which ones are best to hit the shelves. The Mexican coffee, which is on it's way out because the growing season is ending, or the Peruvian, which is right at the beginning of it's roasting season but has a little bite to it? It's always a balancing act. Kevin was really good at slurping, and between him and Aaron I'm sure you could hear them in the next room. 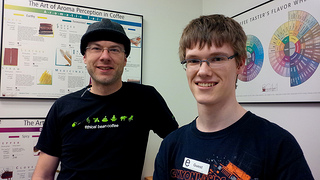 Interestingly enough, Aaron shared with us that he doesn't actually even drink that much coffee. He gets so much from slurping and then spitting out the coffee that he cups all day he doesn't have the need to. Besides, you never want to dull that hunger for coffee now, do you?

Ethical bean is also revolutionizing how we think about where our food comes from; each bag has a code that you can either scan or enter on their website, which will take you to a page telling you all about your coffee. You can ready about where it was grown and who the farmer is, how it scored when Aaron graded it, the roast profile, and more. How's that for farm-to-cup? On their site you can even find some great recipes which include coffee like these chocolate coffee cupcakes.

You can't help but be inspired by people who are so passionate about not just their product, but the people who produce it and the environment. A tour will surely leave you with a newfound respect for coffee and those who grow, buy, grade, and roast if for our morning pleasure. Make sure to phone ahead to see if they are available, and if you can't arrange a tour, then I highly recommend you drop by for a cup of coffee and a bite to eat in the cafe. Kevin and I had an amazing time connecting with the staff and came away with a sense that we needed to look more carefully at what we buy, as it has a greater impact than we realized. You can change the world, starting with your morning cup of coffee.