My Life with Oral Allergy Syndrome

Fairly Common To Those Who Suffer From Pollen Allergies 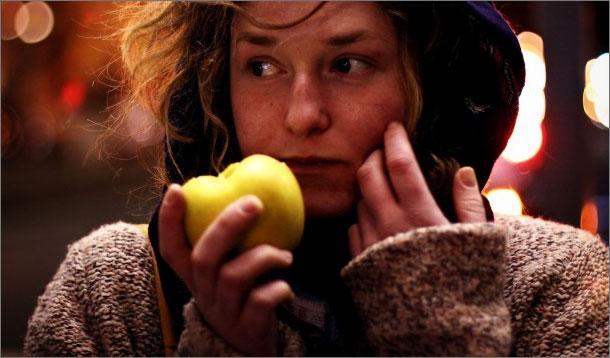 The apple was crunchy and sweet as I bit into it, but soon after I swallowed a tickle began in the back of my throat. It was more like an itch really, which grew and spread until the entire inside of my mouth felt prickly and irritated. This had happened before occasionally, but it seemed as though the more I ate apples, the worse the reaction became.

The easy solution was to stop eating apples altogether. I assumed that there was something sprayed on them, or perhaps my mouth was reacting to some kind of wax that they were treated with. That is, until the same reaction began whenever I ate pears. Soon after that, the same reaction also occurred with apricots, plums, nectarines, cherries, walnuts, kiwis, hazelnuts, peanuts, and almonds.

A peach finally convinced me that something wasn’t quite right. After about 3 bites, my mouth was on fire and soon I was clawing at my neck as angry red welts appeared. I’ve never had food allergies and surely my severe pollen allergies can’t have something to do with it, can they?

Turns out, they can.

Oral allergy syndrome is fairly common in those with pollen allergies. Basically, your body may mistake the protein in particular kinds of raw fruit, vegetables, and even nuts for the pollen you are allergic to, and reacts. Lips, mouth, and throat will become itchy and irritated, and you may have swelling or hives, vomiting, and itchy, watery eyes.

Now don’t panic-OAS doesn’t usually progress into full blown anaphylaxis. It is very unlike a true food allergy, because you can pick the offending items out of your fruit salad and eat the rest without a reaction. With OAS, you have to actually consume the food—and sometimes, even the amount you consume can make a difference. However, it doesn’t mean that you shouldn’t be careful, especially if nuts are the offending food. In 2% of people with OAS, their symptoms can develop into a full-blown food allergy. My reaction to peaches and almonds was so strong that my allergist told me to be careful, and to never, ever, eat either of them if I were in a remote place far from medical services, just in case.

What kind of fruits, vegetables, or nuts you react to can depend on what pollen you are allergic to. I happen to be among the rare souls who are allergic to grass, tree, and weed pollen, so my list is probably longer than most of yours. Allergy shots helped me to some degree both for my seasonal allergies and how strongly OAS affects me, but it doesn’t work for everyone.

(find a list of foods to watch out for here)

Usually, all you have to do to avoid a problem is cook the food or even give it a slight turn in a microwave. Heat processes such as pasteurizing juices or canning breaks down the offending protein, making that apple safe to eat again.

In my case, I eat apple pie and occasionally raw apples, but after that experience with the peach and equally uncomfortable ones later on with almonds, they are on the do-not-consume list. Instead I now stick to berries and tropical fruits such as mango and bananas, but I will freely admit that in the summer sometimes all I’d love to have is a fresh, juicy peach.

At least OAS gives me a fantastic excuse to eat pie instead.