What The Toddler Temptation Challenge Can Teach Your Toddler

Have some sweet treats around the house? What will your toddler do? 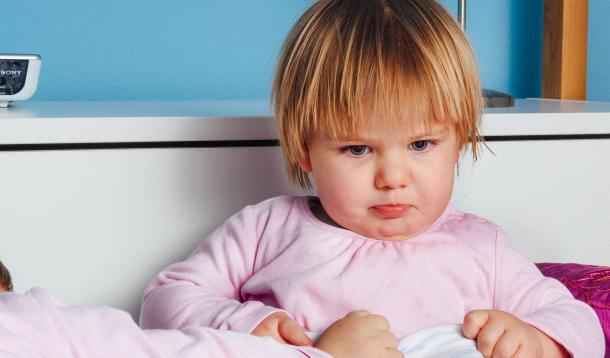 Most of us have seen the “Toddler Temptation Challenge” by now. If you’ve not seen it, it’s where sweet treats are set before a child. They’re told not to touch until the adult returns. The camera captures an array of responses from mischievous self-indulgence, to pitiful pouts, to triumphant achievers. Spoiler: All the videos I’ve seen have a happy ending of sugar-filled adorableness.)

Initially, my first thought was isn’t everything with a toddler a challenge? If you’re raising a toddler or have raised a toddler can I get an amen? Also, side note of encouragement: just kidding. There’s nothing I can say to make you feel better because parenting toddlers is HARD and you’ll probably just roll your eyes if I tell you it gets easier.

Whether you’re a caregiver for a toddler or have just bared witness to their tantrums in the general public, there’s one thing we can all agree on: they are nearly a different species. They’re basically tiny packaged contradictions whose offenses against us are constantly pardoned by their never-ending cuteness. They’re innocent, but they’re boundary pushers. They understand, but they don’t. They’ll give you the purest, most loving hug then stomp your toes and laugh all in the same minute. They’re the conundrums we all once were. Maybe that’s why we’re so entertained by watching them. They make us laugh, but they also leave us with so many questions.

Here’s where my nerdy psychology studies brain kicks in on this new trend. What is really going on that determines how a child will act during this challenge? Is it good for them? Bad for them? Some people sympathize with the child and say it’s cruel. I think it’s good for them and here’s why.

Our society needs more humans with the ability to delay self-gratification. By definition, delayed self-gratification is the ability to put off an immediate reward in exchange for waiting for a better reward. Exercising the ability to wait strengthens this skill set. Why is that important? Psychologists have been studying it for decades so feel free to do your own research (Mischel’s marshmallow study is a good place to start.) Common sense can help us understand its importance too. Grit, self-control, and self-discipline are less fancy synonyms. Why do some kids overcome adversity and some don’t? Grit. What does it take to abstain from drugs or risky sex? Self-control. What’s it take to get through trade school or college? Self-discipline.

If your toddlers don’t have these skills just yet, fear not. They’re not supposed to. It’s completely normal for kids five and under to seek immediate pleasure because the frontal lobe in the brain that helps with self-control isn’t developed enough yet. (That’s why we’re on edge watching them like hawks when we take them places. Their brains are seeking pleasure with little to no worry about what bad consequences might follow.) The more you practice rewarding self-control opportunities for them, the better they’ll get at delayed self-gratification typically. We can help their brains develop these automatic patterns needed for things like exercise, nutritional eating, community service, goal setting, and goal achievement. In a world so indulged in immediate gratification (and thus ridden with entitlement and unhealthy lifestyles) I can’t think of many better skills we could teach our next generation.

Related: How Netflix May Be Messing Up Your Kids (And You Too)

Photo by Alexander Dummer on Unsplash

Jessi Bryant is a Knoxville, TN native. She is the mother of two, ages 12 and 8. She has degrees in psychology and occupational therapy. She enjoys reading, writing, and spending time in the outdoors. Follow her blog at reflectedifydare.blogspot.com to learn more.