My 10 month, 18 day, 11 hour and 59 minute old daughter started daycare this morning. And I feel so guilty 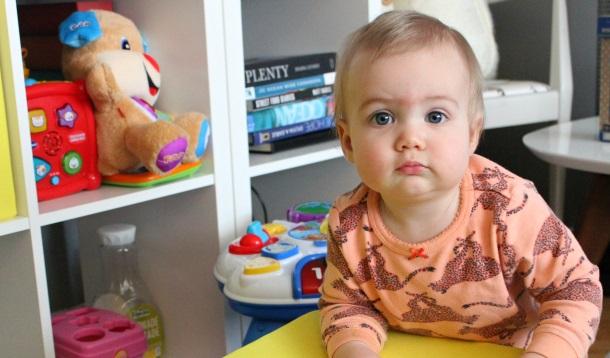 Oh, yes, you read that right. I said daycare.

My 10 month, 18 day, 11 hour and 59 minute old daughter started daycare this morning. And I feel so guilty. Like the worst mom in the world.

I can't help but feel guilty for choosing to put our daughter's care in the hands of someone else before I had to. Before my year was up.

Time out for a sec. I think I should preface this post by saying, I know that up here in Canada we are extremely lucky to have the option to take up to twelve months off after the birth of a little one. One day, I hope everyone can be as lucky as we are (I'm looking at you ol' US of A.). But whether 6 weeks, 52 weeks, or even somewhere in between, putting your little ones in the hands of someone else is not easy, for anyone. 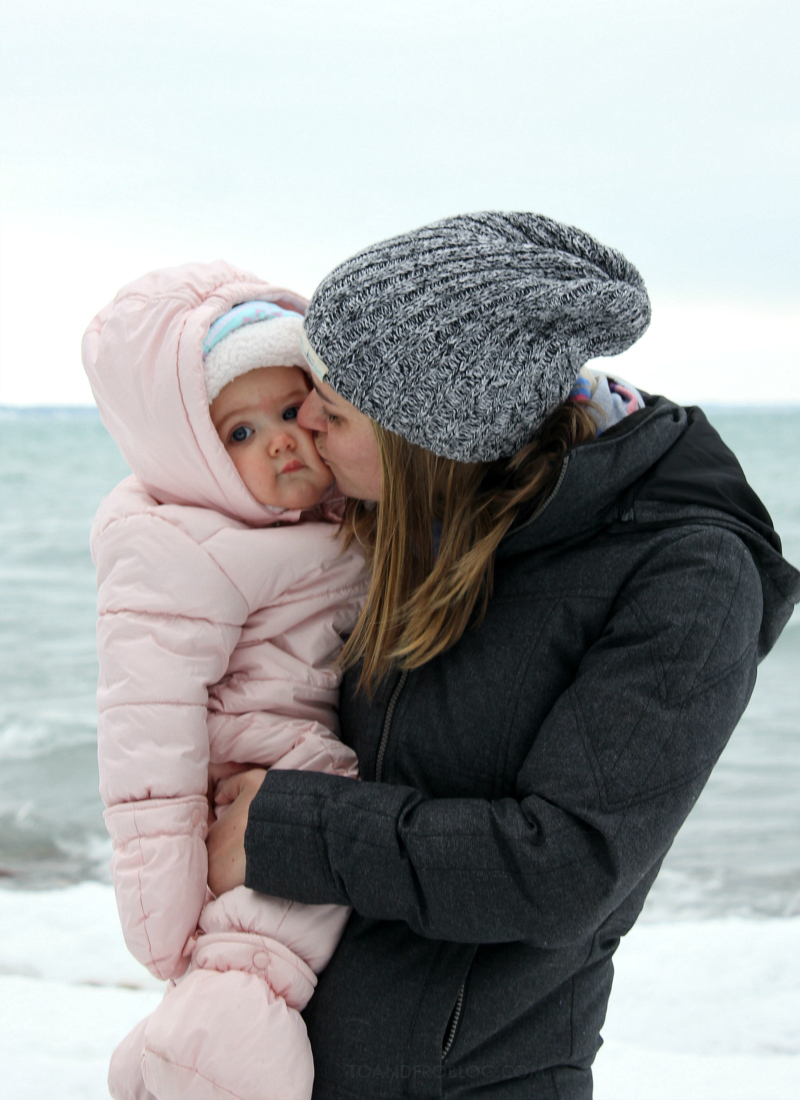 I keep feeling the need to justify the decision to go back to work early - to myself, my husband, my mom, really anyone that will listen. I have my extensive list of reasons, including the whole money issue. How is a family living in Toronto expected to survive on one salary? And, with how competitive daycare is these days, if we didn't put her in now, there’s a possibility she wouldn't have got in for months. Then what would we have done? See, there I go again, trying to justify it.

Truth is, a few weeks, hell even months, back, I looked forward to going back to work. I needed to go back to work. If not for the money, for my own sanity. I love my daughter and love spending time with her, but I was craving the adult interaction that I don't get from hanging out with an infant all day. So, when a spot opened up at the daycare, I jumped on getting her in a little early.

Now that the day has come, I don't want her to go to daycare. I don't want to go back to work. I’d rather do anything but. But, I know I have to.

And so, we arrive at this morning.

Steve and I dropped her off at 9am for her first “transition day”, a 2 hour visit to get know her new teachers and friends.

We passed her over, fully expecting resistance on her part. And, nothing.  She immediately immersed herself in the world of babbling infants and colourful toys. It was like we didn’t even exist. While hard to swallow, we took it as a cue to leave, to get out before things took a turn.

With a quick goodbye, Steve left for work and I went and sat in the building lobby and patiently waited for that two hour mark to pass on the clock.

I sat and waited until I could open that door and see my baby girl’s face light up, excited to go home and get the hell out of that strange place with those strange people. 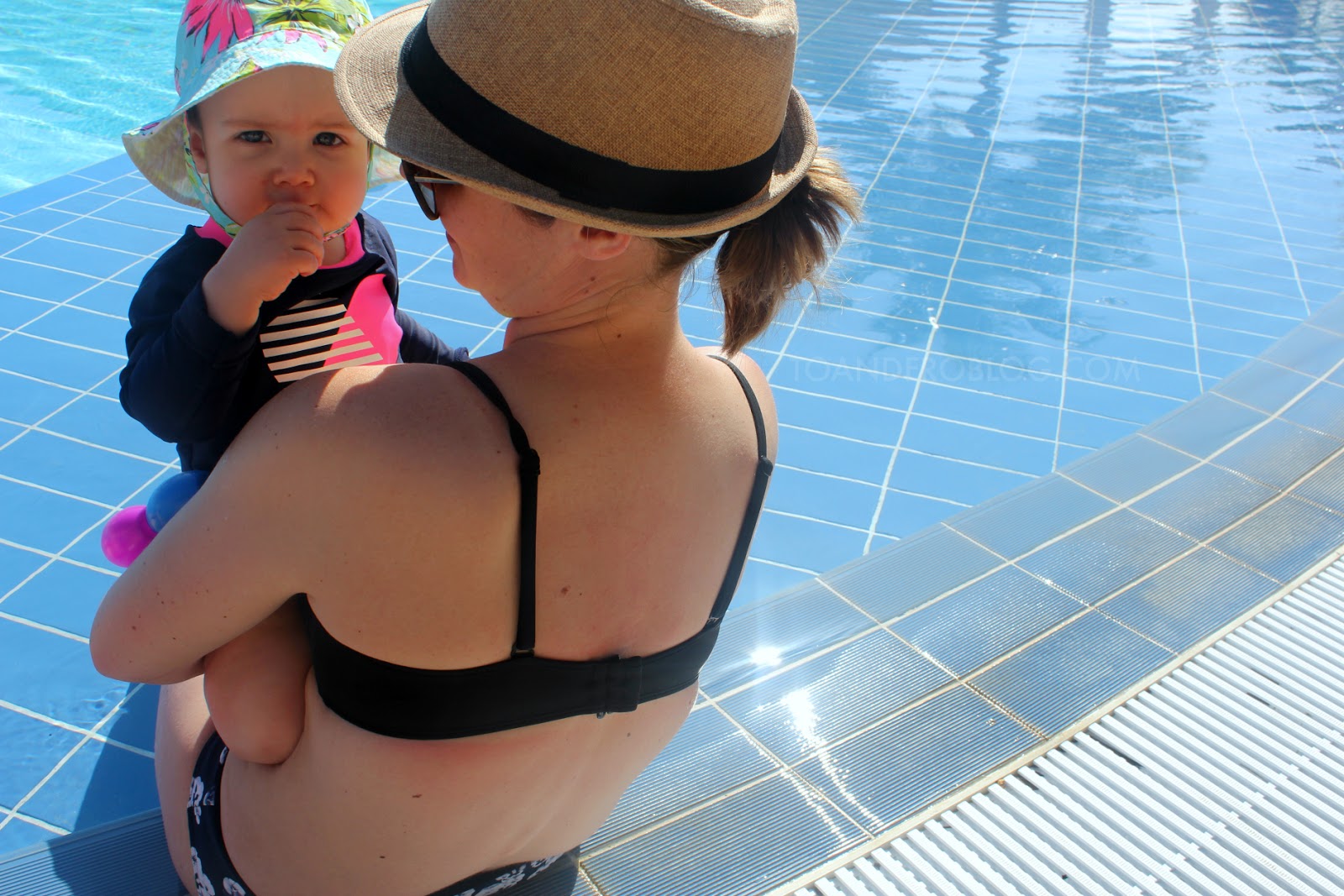 Except, that’s not what happened. Not even close.

I opened the door to pick her up, fully expecting to hear her start babbling “mum, mum, mum” when she saw me. But there were no big, beautiful, blue eyes staring at me. Instead, I heard the familiar sound of her “blowing kisses”. She was giving MY kisses to someone else. Someone she had just met.

I took a step into the room and let out a familiar “Hi, Morley!”, fully expecting her to crawl over and reach for me to pick her up. Except that didn’t happen either.

It wasn’t until her teacher, apparently her new favourite person in the world that she’s known for 2.5 seconds, pointed me out, that she even noticed I was there. And still, nothing.

So, I walked over, picked her up, waved goodbye and headed out the door.

Then you know what happened? Tears. And lots of them. They just kept on coming.

She was mad at me for taking her away from her new friends. Furious with me, in fact.

At a time that I should be happy, even thrilled, that my daughter handled her first day like a champ and even possibly enjoyed it, you know what I felt? Guilt. Like the worst mom in the world.

Previously published at To and Fro Blog.

RELATED: How to Keep Daycare Transition from Kicking Sleep Schedules Out the Window

I’m Mar, a 30-something mom living in Toronto, ON, Canada with my husband and one year old daughter. To & Fro is my little corner of the world where I combine the two things that I love most - my family and the outdoors!