How to Stop Girl Bullying 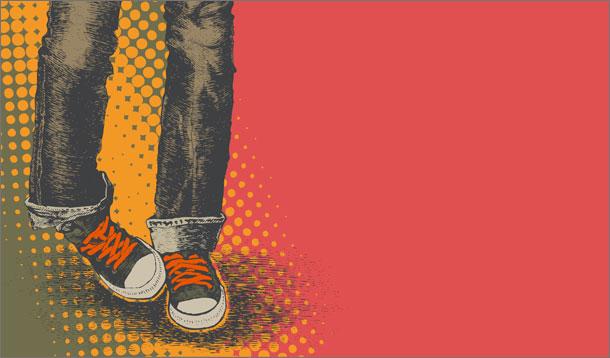 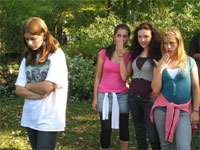 I always thought that if I taught my kids to be respectful to their friends it would protect them from bullying. But I was wrong! Last year, my then-13-year-old daughter experienced girl-on-girl bullying.

My daughter is a cute, confident, outgoing teenager who loves to play ringette, sing and hang out with friends. She and her group of friends had been friends since kindergarten, attending each others’ birthday parties, helping each other on school projects, attending playdates. The parents were all comfortable with each other and our kids, and everyone got along.

Autumn of grade seven brought new experiences, but not the ones we were looking forward to, like first crushes and pep-rallies: rather, the bolder of the girls in my daughter’s group of “friends” teased and insulted her with cruel and hurtful comments.  Others conspicuously did not invite her to activities they had previously enjoyed together (i.e. going out for Hallowe’en).

My daughter would ask, “Mom, why are they doing this to me? We’re supposed to be friends.”  My first instinct was to intervene, but my daughter believed doing so would just make the situation worse.  So instead, I armed her with a few coping skills and communication techniques, hoping these were just minor rough patches in the natural course of these friendships.

By the holidays, my daughter had still not been able to resolve the problem on her own.  I had read the book Queen Bees Wannabes by Rosalind Wiseman, so I was pretty in tune with what these girls were doing.  I brought the issue to the teacher, and left it with her for resolution.

Unfortunately, by spring, the bullying escalated to the point at which it was manifesting in very real, physical reactions in my daughter: she was anxious, complained of stomach pain, and cried at bedtime almost every night.  My daughter was afraid to go to school.

I involved the Principal, who conducted a thorough investigation and brought in the child youth worker and social worker to work with the girls. Unfortunately the “mean girls” were not fazed by any of this and would continue to ridicule my daughter even during group sessions with the social worker.

When the classroom teacher made a comment to me suggesting my daughter may have “brought this on herself”, I realized that she may have been exacerbating the problem, rather than helping dissolve it.  It was then that I made the decision to remove my daughter from that school.

Once my daughter was again learning in a healthy, happy and non-toxic environment, with the support of the Principal of our former school, I wrote a letter to the Board, requesting remedial training for this teacher so that she would be able to better recognize and deal with relational aggression in her students. I also suggested some strategies for the school to implement.

The Superintendent thanked me for bringing it to the Board’s attention, and has since implemented an anti-bullying campaign in the school, with posters and flyers depicting the very girl-on-girl bullying my daughter experienced.

My daughter is now on her way to high school, is happy and carefree, busy with singing and sports, and I’m happy to report, has regained her self-esteem.

While I’m pleased with the final outcome, I was disappointed it took so much to get it acknowledged.

I would counsel other parents to keep the lines of communication open with your teens, to educate yourselves to recognize the (sometimes silent) signs of bullying, and to stay on top of the issue once you bring it up to the school.  Sometimes you have to be persistent, but never give up – you are your child’s advocate, her voice among the world of adult bureaucracy!

Maria Chiera-Lyle is a registered nurse and teacher for college/university nursing programs. She's an on-the-go mum to two busy kids who engage in many activities, and when she's not running around for them, she's running on the treadmill at the gym. Maria loves working out, reading, traveling and is a great cook (so say her kids!).