Raising a Quaran-Teen: Why It’s Now Harder To ‘Let Go’

I never imagined raising a teenager during a pandemic. 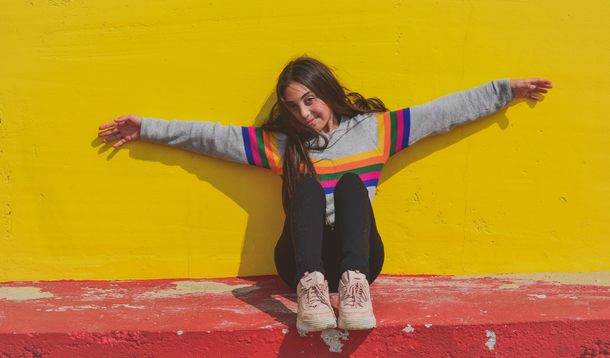 I am the mother of a teenager, and not just any teenager: a ‘quaranteen’ - that is, my kid reached this milestone during the COVID-19 pandemic.  It has not been an easy transition for the two of us, especially for me.

For me, the teen years were supposed to be a gradual transition from childhood to adulthood.  This was also the time for ME to adjust to the fact that I no longer have a child in the house but a developing individual. I was expecting incremental steps.

In the before COVID times, we started the journey towards gaining more independence with baby steps. Things like walking home from school, eating out, going shopping, and hanging out with friends, without parental supervision, in our neighbourhood.

And then the world stopped.

I never imagined raising a teenager during a pandemic. Did any of us?  I imagined slamming doors, fighting about makeup and homework, and having awkward conversations about sex and drugs. Searching online for hazmat suits for a teen was definitely not on the to-do list.

But it wasn’t all bad. The last two years brought us closer, as we were literally stuck in a house together for months.  We had not been together so much since she was a baby.  Granted, the kid spent a lot of time in her room, with her door closed, but we still had plenty of family time.  We found new places to walk the dog, did puzzles and games, baked (didn’t we all), and watched movies in the backyard.  Don’t get me wrong, there were definitely times when I thought of running away from home; pretty sure she felt that way too.

However, knowing and doing are two very different things. When things started to ‘return to normal’, and we crawled out of our cave, it was a shock to my system.  It felt like I went to bed one night with a kid who wanted to cuddle and woke up in the morning with a kid who wanted nothing to do with me. There was nothing incremental about it.

Things were fine until one Friday night, I got a text.  She was out having dinner with her best friend, and the two wanted to go downtown.

I did not know what to do; everything in me screamed NO and DANGER.  After many deep breaths, I thought about it. It really was not that late. It really wasn't that far. There were people out. She was with her best friend. And most importantly, this was what teens do; I went out with friends at night when I was her age. She needed normal.

So, I said yes to the trip downtown.  But, she had to text me every hour to let me know she was alive and her approximate location. The helicopter was still hovering, just hovering a bit higher.

As you would suspect, she was fine, and I was fine. There have been other trips since then. I still panic a bit each time, but I'm also learning to let go a little bit more each time, even though every instinct I have is to hold on. It's incremental steps in a shortened time span.

But she needs normal. WE need normal. And this is how we do it.

Adriane is the mother of a remarkable yet confusing teenager, wife to an understanding husband and companion to a very dirty dog. In her previous life, she was a researcher for a documentary company. Right now, she is trying to figure out who she is and who she wants to be. She is also desperately trying to master this growing-up thing before her teenager does.