Parenting Payback: Now It's YOUR Turn to Handle Back Talk

you did it. Now you're getting it. 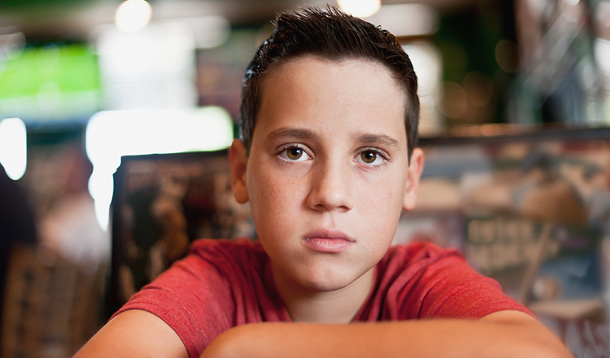 I’m fluent in Sarcasm. It’s sort of my specialty. There are few things I enjoy more than a well-crafted, clever, true-ironic (none of the Alanis Morissette fake-out irony) sentence. When you hear that perfect combination of words and tone that is both humourous and statement-making, it’s just – chef’s kiss.

When my now-eleven-year-old was very young, he began to show signs of having inherited the sarcasm prodigy gene from me. I was an early bloomer, too – my grade three teacher told my parents I was her favourite student because I was the only one who laughed at her sarcastic comments. To see my little satirist follow in my footsteps and lay down perfect zingers was immensely satisfying.

Then he became a tween. Upon hitting double-digits, he lost the most essential part of what makes sarcasm so great – appropriateness. Sarcasm is fantastic when it is tongue-in-cheek, and all parties can appreciate it. It’s less great when you ask your child to go get the laundry and they throw back, “Yeah, cuz I love going to get stuff for you. That’s fair.” Statements like these totally don’t make me want to change the locks.

In addition to bad sarcasm, everything that comes out of my soon-to-be-middle-schooler’s mouth is dripping with attitude. I’m not positive he is still capable of speaking without a disgusted affect. It’s – a lot. Let’s just say, I realize now why some animals eat their young.

I won’t claim to be an expert on how to handle mouthy adolescents. In truth, nothing I have tried has actually worked to vanquish our house from Lord Ugh-omort. Still, I have devised a few strategies to keep myself sane when I am one “Really?!” away from bricking in the doorway to his room. Perhaps they might help you too.

Hormones are M-Fing beasts. If hormones could have be sitting in my car sobbing hysterically because a store was closed three days after my son was born, they can have him feeling a little more on-edge than is reasonable from time to time too.

When I think back on my tween and teen years, it amazes me my parents did not sell me to the highest bidder. Every word that comes out of my kid’s mouth echoes one of my own at that age. I was brutal – seriously awful – to my parents at that age. I like to think that maybe the passion that lead me to lash out back then is part of what makes me such a fierce advocate now. The difference now is that I am better able to posit arguments and gauge appropriateness of audience and language – but the passion came from somewhere.

Understand That This is Developmentally Appropriate

Remember temper tantrums? They’re back! And just as temper tantrums were frustrating but served a purpose, back-talk does too. Like temper tantrums, this is your kid asserting independence. It’s mind-numbing, but it’s normal.

You Can Understand Without Accepting

It’s all well and good to get why your kid is behaving this way – but you don’t have to allow it. It’s our kids' job to push boundaries, but it’s our job to enforce them. Do I know that it’s normal and understandable that my kid is acting like a cacodemon? Yes. Am I going to let him do so unchecked? Hell no. I refuse to have a discussion with someone – anyone – who is speaking to me disrespectfully, and that includes my children. We might have to repeat the same dance over and over, but eventually my kid will get that, if he wants to have a chance to say his piece, he better change his tone.

I’m not suggesting sending a child who is almost looking you eye-to-eye to go sit in the corner and think about what they did. Time outs for big kids and teens are something else – but the principle is the same. When they start spitting fire, end the discussion and send them to their room or somewhere else away from everyone. When they calm down and can speak civilly, they can come back. Incidentally, this is a good tactic for any heated discussion – and sometimes it’s us that need the minute.

We are at the stage now that nearly every organic discussion I have with my eleven-year-old involves back-talk or long stories about video games and TV shows I don’t care about. I will admit that, at times, this has made me want to avoid talking to my kid. To combat this, I try to set up situations where we can have a discussion that is fun and/or productive for both of us, like having a special show that he and I watch together, or playing a board game. It doesn’t take much effort, but positive interactions with your angsty adolescent can take some forethought.

This stage is rough, and can make you feel like you are raising an asshole. It does get better, or so they tell me. Just keep telling yourself that this is normal, keep setting those boundaries, and if all else fails, see if the circus is hiring.