"I Had to See Him Cry to See Him Thrive:" Encouraging Teens to Overcome

Seeing your kids struggle is the hardest thing in the world. It's also very, very important. 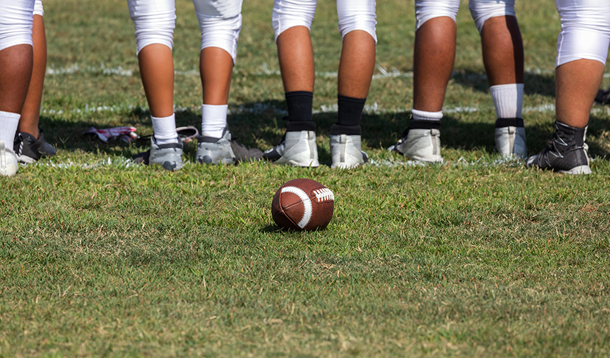 As parents, we begin teaching our children perseverance instinctively. We encourage them to speak those magical first words. We spend countless hours staring into baby’s eyes and forming the words with our lips. Drawing out the sounds. They try, and we encourage. No matter how many times they get those words wrong, we keep encouraging them to try.

As they start to crawl or begin to work towards their wobbly first steps, we do the same thing. We move the toy a little further away on the floor. We hold out our arms a few inches away at first and then further and further until we are across the room, calling to them to try. We stop catching them as quickly when they start to stumble - always positive and always encouraging, but always pushing. Pushing them to keep at it. No matter how many times they fall on those diapered bottoms or become frustrated at that toy just out of reach, we push. We teach them to persevere.

This continues as they learn to feed themselves, put on their own shoes, use the potty, ride a bike, again and again we ask them to stick with it. Keep pushing and keep trying until they achieve their goal. But as time goes on and those babies grow into children and then into adolescents, teaching perseverance becomes more difficult.

Suddenly our children are dealing with big emotions. Real, raw and difficult to navigate. Body image, bullying, friends and enemies. They are trying to figure out where they fit and who they fit with. Life becomes a roller coaster and parents are left holding tickets they don’t recall purchasing to a ride they don’t remember strapping into.

Our instinct to teach perseverance is replaced by our instinct to protect them. It is gut wrenchingly difficult to watch our pre-teens and teens struggle with those raw emotions. We want to swoop in and protect them. We want to remove any pain they feel. It becomes so hard not to let them take the easy way out when things are hard.

We have to be available to listen when they are ready to talk. We have to support them and remind them of their worth. We need to be their safe place to land in this confusing and sometimes hard and cruel world. But we also have to teach them to continue to persevere.

This has been extremely hard for me to remember. My thirteen year old has been having a very difficult time. Struggles with sudden weight gain meant that my once very athletic child could no longer keep up with his peers. This meant teasing and ridicule and daily attempts to avoid school.

An existing anxiety disorder and some learning disabilities suddenly become front and centre, on display for all to see, with the added stress of body image issues. It wasn’t pretty. There were far too many days that I rushed to his rescue and removed him from school. I rescued and protected. I desperately wanted to make things easier for him.

This past summer, he expressed a desire to sign up for football. I was thrilled. I completed the registration, paid the fee and was then told that there would be a day camp for five days to help new players learn the game. I registered for the camp. He was so excited. It had been ages since I had seen that level of enthusiasm for anything. He wanted this. It was obviously so important to him.

The first day of camp arrived. It was hard work - really hard work. When I picked him up he was exhausted but the coaches were full of praise. They couldn’t tell him enough how proud they were of how hard he was pushing himself when it was obviously so difficult for him.

When we got in the van, he collapsed into tears. He was embarrassed that he had to struggle to keep up. He was sore and humiliated by his perceived shortcomings. He told me he had changed his mind about football and begged me not to send him back.

My heart broke. I couldn’t stand to see him hurting both emotionally and physically. I was just about to tell him he could quit when I remembered how excited he was to try this. I remembered how badly he wanted to be on a football team. This was important. He needed to know he could do this. He needed to know he could actually do anything he set his mind to. So I told him he had to stick with it. Quitting the camp was not a choice. I’m not going to lie. The look on his face in that moment almost killed me. But I refused to back down.

Every day I drove him to camp. I reminded him how much he wanted to play. I told him how proud I was that he kept trying and pushing. Then I cried as I drove away. I made him persevere.

Each day he was a little happier when I picked him up. Each morning his stride was more confident and upbeat. When the camp ended, he was practically bursting with pride. He had done it. I was hard. It likely felt nearly impossible almost the entire time. But he had persevered and he was thrilled. As was I.

He is now playing on a football team. He is happier at school this year. He has even made new friends and he doesn’t question their motives or wonder if they actually like him. He is more confident. He seems to have remembered how to believe in himself again.

It is only natural for parents to want to rush in and fix things for our teens. We want to remove the discomfort from their lives. But life is often uncomfortable. It is beautiful, but rarely easy. It is filled with challenges and bumps in the road. Our teens need to know that they can overcome those challenges. They need to be taught that they are capable, even when things are hard. We need to remember those first steps they took in this world, and teach them to persevere.

The author of this piece has chosen to stay anonymous