You don’t know until you know. 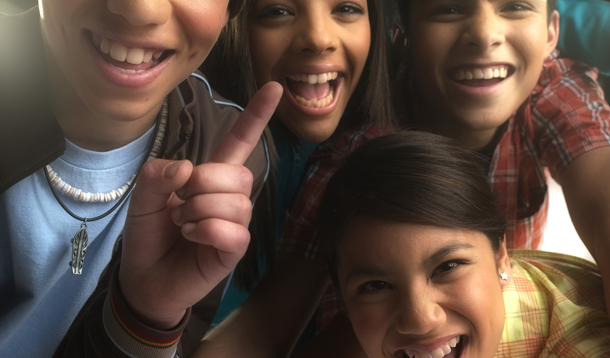 You know what’s wrong with kids these days? Their parents aren’t strict enough.

What are these kids doing out so late?

When my kids are teenagers, I’m going to know where they are and what they’re doing.

These were comments prompted by an online news article in my local paper about teens who had been arrested for armed robbery.

While teens committing armed robbery is an article that will, of course, get over-the-top comments, this, sadly, isn’t a one-time occurrence. There is a common theme of parent bashing when teens get into trouble.

What was most interesting is the comments on this article weren’t necessarily made by parents of teenagers. In fact, a good deal of them were made by parents who had young babies or toddlers which makes me want to pull out my hair in frustration and scream at the top of my lungs, YOU HAVE NO IDEA.

You think you do. You imagine you do. But you don’t.

There are days when I wish I was parenting a toddler again and would happily bear the brunt of tantrums and food refusal because at least then I had a modicum of control. I’ve spent the last 16 years hoping, and praying I’ve instilled in my children the lessons needed in order to help create a human being who will make good decisions.

Fact No. 1: Teens have been making stupid decisions from the beginning of time, and will continue to do so until the end of time.

Fact No. 2: The human brain isn’t fully developed until the age of 25 and teens have the ridiculous notion they are invincible.

This is a recipe for disaster.

When your kids are younger, the weight of parenting is all physical. Carrying your newborn, snuggling him, co-sleeping, wearing a path in the floor during the darkest hours of the night. Toddlers who need to be pushed in strollers, or on swings, or in grocery carts. There is always a hand tugging at your pant leg, a request while you’re taking a moment to pee, dressing them, feeding them, hugging, holding, lifting, carrying, pushing.

It’s a difficult and exhausting stage. Yet, you are still in control over every aspect of their lives from what to eat, to when they go to bed, and who they play with. How I wish for the days when I could choose my child’s friends based on which moms I get along with best.

With a baby or a toddler, you tuck them in at night and there they stay, at least within the house, until morning. When you’re a parent of a teen, this isn’t always the case. With a teen the “is my toddler eating enough vegetables” turns into:

Is he late because he forgot the time or because he’s hurt?

Will she be able to walk away from the group of girls who are treating her badly?

Will he succumb to the peer pressure?

You watch first love turn into a broken heart and your own heart aches in ways you couldn’t imagine, wanting to take away the pain, knowing you can’t. You see them stress over exams and life decisions, and you want to tell them that, in the grand scheme of things, it’s just a blip on the radar screen of life, but you also know they will think you have no idea. You don’t understand.

You have no idea what it’s like to have that physical weight of parenting turn into a mental and emotional load that is heavier than you could have ever imagined.

I’m not saying this to be hurtful or demeaning; I had no idea how exhausting it would be to be a mother of a newborn until I had one. Nor did I know the seventeen levels of embarrassment I’d experience while watching my toddler have a complete meltdown in the middle of a mall on Boxing Day. And when I was the proud parent of school-aged kids who, for the most part, listened and were respectful, I couldn’t fathom the number of eye-rolls I would endure in only a few short years.

You don’t know until you know.

I’m telling you because these comments parents of toddlers are making – the parent-blaming, “I’m going to do it so much better” comments – are not helpful.

It’s always easier to parent the child you don’t have.

The next time you’re about to offer up an opinion on parenting an age and stage you don’t have direct experience with, take a moment to ask yourself: “Am I being helpful?” If the answer is no, then step away and keep it to yourself.

Right now, parents of teens are in the thick of it, trying to muddle our way through scenarios thrown at us that aren’t covered in any parenting books. There is no script for talking to your teens about not trading nude photos because they could be charged with possessing child pornography.

And every once in awhile we may even wish for those exhausting days of wearing a path in the floor, arms going numb while rocking a little one to sleep during the lonely hours of the night. Because it seems less heavy than waiting in the dark until you hear the door open and know they are home, safe again, at least for tonight.