What a Difference a Year Makes in the Empty Nest

If you love someone, you need to set them free. Hopefully without the door hitting them on the way out. 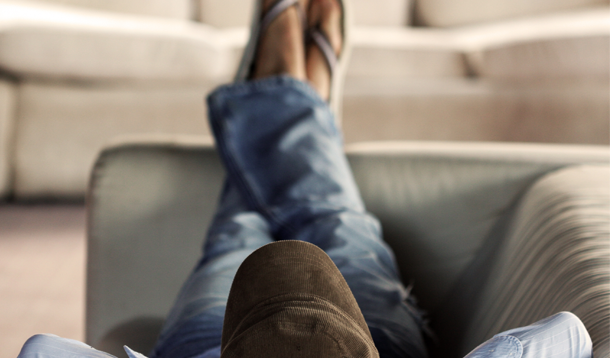 What a difference a year makes.

When we dropped of our eldest at university for his freshman year, all I could think of in the car was that my beloved baby was leaving. The years had passed so quickly, and here we were at the jumping-off point. He is getting ready to embark on his pursuit of higher learning; we will have to be getting used to an empty bedroom.

As we drove away after helping him settle into his new dorm and hugging tightly just one more time, I was at once happy and sad. Happy that he was embarking on a new, wonderful journey, meeting new people, and probably staying up too late. Sad that I would no longer see him on a daily basis, share evening walks or chats over dinner about all subjects under the sun.

We adjusted, we changed, and so did he. A year of independence can foster good things in our young adults: growth in mind and body; new skill sets including, perhaps, critical thinking; even an appreciation for the world around them.

Or not so much.

After his first year away, a stranger returned to our house. The stranger proceeded to move into the basement, drink milk out of the jug, leave near-empty snack bags littered around the house, and watch YouTube videos ad infinitum. We entrusted a sweet young man to college, and it returned a hulking, brooding know-it-all. What. The. Heck.

I was not alone in my alarm at the behaviour exhibited by the return of the first born to the nest. Several friends told of similar disturbing tendencies displayed by those returned from afar. It appears that a near-year’s taste of independence and enlightenment had wrought an arrogance and derision for house rules and practices that were at first annoying, then alarming. “How could we eat meat? Drive gas-fuelled cars? Not know anything at all?!”

The intellectual awakening was tolerable – even welcome at the beginning. At least it showed signs of higher learning, which is why they went off in the first place. But accompanied by slovenly habits, general laziness, and rudeness towards siblings and parents in equal measure, it was quickly apparent that emergency measures were necessary. A chat was in order.

Chat is a generous word. It was really more of a sit-down, one-sided rant on our part, complete with some well-placed expletives, as in Pick Up Your [email protected]#$, and repetitions of We Are Not Your Slaves. Husband and I presented a united front, presenting arguments rehearsed while walking the dog through the neighbourhood. At least we hadn’t gone wrong with her.

The rant was met with silence, but it had the desired effect. He got it, and would change his ways. And he did.

The airing of grievances produced positive behavioral changes in our son, in the nick of time too. He’d pushed our patience to the limit, and he needed to hear that we weren’t going to take it anymore. We enjoyed a summer watching him come and go, enjoyed his presence when he wished to share it, and were happy when he was ready to go back to school too.

And so, this past September, our feelings of sadness and loss at his departure for round (um, year) two were minimal. After transferring items from car to apartment, including a wallet-depleting Costco run, our goodbyes amounted to a quick hug and wave. He went off to meet friends, while we headed to a nearby bistro to enjoy a drink and dinner en deux before driving home.

We were relieved he was back in his newly rightful place: away from us.

After all, if you love someone, you need to set them free. Hopefully without the door hitting them on the way out.

This author has chosen to share their story anonymously.

RELATED: 4 Tips for Helping Your Teen Prep for College and Stay Sane