The Dollars and Sense Reality of Smoking

These are the movies you thought it was okay to send your kids to. So what’s a parent to do? 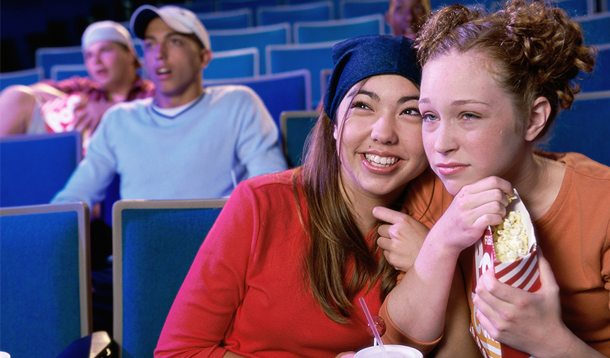 Whether it was a cartoon for your little ones or an action-packed adventure, chances are you checked the rating to make sure it was age-appropriate before you sent them on their way to enjoy a film.

Movie ratings are based on violence, sexual activity, course language and/or horror and disturbing content, but this doesn’t neccesarily cover all aspects of movies which parents need to be aware of – like smoking. This means movies have been promoting smoking to our kids without any of us even realizing it.

Why should this concern you?

There’s a direct correlation between depictions of smoking in the movies and the beginning of smoking among young persons. In fact, youths who are exposed to onscreen smoking are two times as likely to begin smoking as are youths who receive less exposure.

Case in point: Who doesn’t remember Sandy clad in all-black spandex, while smoking a cigarette, walking up to Danny Zuko at the end of Grease? The good girl, turned bad girl, gets the boy in the end. If that isn’t the epitome of glamorizing smoking, we don’t know what does.

Can’t reconcile this? It’s difficult, no question. Unfortunately, there’s more: Nearly half of the top-grossing movies (54%) featured tobacco. And of these, 86% were youth-rated in Ontario. As a result, Ontario youth had unrestricted access to 64% more movies with smoking than youth in the US, which means they have substantialy more exposure to onscreen smoking.

These are the movies you thought it was okay to send your kids to. So what’s a parent to do?

Talk To Your Kids

The fastest way to make an impact is by saying no to your kids watching movies with characters who engage in smoking. There are websites and resources available that review movies to tell you this information, like smokefreemovies.ca/nowplaying , thumbsupthumbsdown, or commonsensemedia.org. And then either talk with your children about the true realities of smoking or don’t allow your kids to see movies that feature smoking.

The Dollars and Sense of it All

While your kids may not be interested in the smoke-free movie stats or the fact that tobacco is the leading cause of preventable death and disease in Ontario, they are interested in money. In Ontario the average cost of a carton of cigarettes is approximately $100.  This means a pack a day habit can cost upwards of $300 a month, or $3,600 a year.

What can your teen buy with $3,600 a year? This might help put it into perspective:

It can also buy a half a year of tuition at an Ontario university – and that’s something that actively ADDS to your wellbeing.

Hit The Industry Where It Hurts and Sign This Petition

Demand that movies which include smoking receive an 18A rating  by signing the Smoke Free Movies petition. The Ontario Film Review Board has the ability to change Ontario's rating system so that all new movies that contain smoking would be rated 18A, so parents, enacting this change is within our reach!

Smoking is bad for you, those around you, and the planet in general, FULL STOP. Kid’s have enough advertising images in media to deal with and by asking producers to eliminate smoking in our entertainment, we are helping to prevent additional exposure – and that’s worth its weight in gold.

This is proudly sponsored by our friends at The Smoke-Free Movies Campaign which is an Ontario-wide initiative among public health units. http://smokefreemovies.ca/petition/ ​

This is proudly sponsored by our friends at SmokeFreeMovies.ca.