He said he’d be fine. 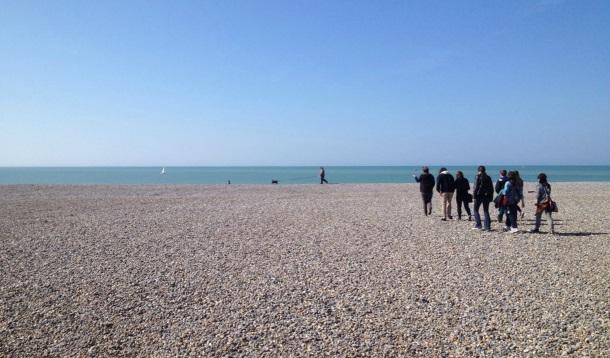 As our son prepared to leave for Europe on a school trip last week, we laid out the three expectations we had of him:

We travel regularly. Not as often as we’d like to (because if it were up to a family vote and not budget constraints, we’d be hopping on a plane every two months to explore new places or revisit old favourites), but often enough that our kids are seasoned travellers. We choose travel over most anything else. Our son took his first flight as a three-month old and hasn’t stopped since then.

It was a given, or at least a hope, that my husband and I would raise kids who have the urge and courage to explore, and in this regard we seem to be succeeding. When the school proposed a trip to Europe, our son made it clear he wanted to go and would do what it took to get there. That was one year ago. Today marks one week since the plane took off with my baby on board.

As a mother with a few hardly noticeable — negligible, really — control issues (fix your shirt and sit up straight, please), letting him literally fly out of the nest was in part difficult and also the easiest thing I’ve done. On the one hand he’s a teen, so there are gaps in his memory and the occasional flightiness. But the flip side is that he’s following the example we’re setting, and we’ve given him tools - if he remembers them.

Would he remember to hold his passport and boarding pass just so, so that there’s no risk of losing the boarding pass? It’s pages-side into the palm, by the way. I’ve seen too many stray boarding passes littering airport floors not to have taught my kids that lesson.

Would he remember that his important personal belongings do not ever EVER go into the airplane seat pocket? Ask any flight attendant how many passports, glasses, and iPads they’ve found over the years.

Would he remember to set his alarm? He’s not a morning person.

Would he remember to repack his things and do a double check of the room as they moved on to new destinations? I only say it every time we travel.

Would he remember to try new things? Our philosophy is when in Rome…

Would he remember to go to a bank machine when his money ran out? I’m usually the bank machine.

Would he remember to soak it all in? If we’ve taught him well, he will.

On the days leading up to the trip we discussed these questions and others, until he reminded his (only slightly worried) maman that he’d been doing this — this travel thing — for a long time, that I didn’t need to remind him again, and that there was no need to worry. He’d be fine.

I had a lump in my throat as I watched my young man walk off with his classmates and teachers, set to experience something without the safety net of Maman and Papa watching his back. And he is a young man. No longer the little boy who needed to hold my hand as we crossed the street. Far removed from the three year old who fell asleep in my arms every night when we were in Barbados for my brother’s wedding. A young man, but still my baby whose back I’m watching. A sweet and sometimes surly teen who laughs easily, forgets to call home when he’s at a friend’s house, stays up too late doing homework, gets grouchy when he’s tired, and is mature enough to fly off to explore another continent without us.

As I drove home I realized that the lump in my throat was mainly pride.