Distracted Driving a Leading Cause of Fatal Accidents Among Canadian Youth

It's the third cause of fatal accidents, behind speeding and impaired driving. 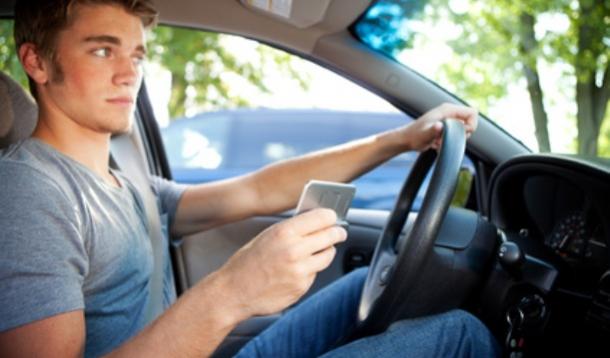 Getting their driver's license is one of the most exciting and liberating events in a teenager's life. But with new freedom comes new responsibility, and safety is the most important responsibility that any driver has on the road.

It's a sobering thought, but car accidents are one of the leading causes of teenage death in Canada. Behind speeding and impaired driving, distracted driving was the third leading cause of fatal car crashes from 2010 to 2014, according to the Insurance Corporation of British Columbia.

That rate continues to rise as teens become more dependent on mobile devices. Pew Research Center reports that 97% of Americans between 18 and 24 have cell phones. Similar numbers have been reported among Canadians.

"Texting...will quickly become in Canada the chief cause of death behind the wheel for teens," said Steve Wallace of Wallace Driving School on Vancouver Island.

Wallace was especially troubled when he saw a statistic at a U.S. driving school conference. In 2013, the National Highway Traffic Safety Administration found that among all 15- to 19-year-olds who were killed in car accidents, 10% of drivers were distracted at the time. This age group makes up the highest number of distracted drivers.

"We usually lag two to three years behind the U.S.," said Wallace. "It is time that the penalties for texting [and driving] are exactly the same as impaired driving."

In a survey released by Vancouver-based Insights West, 93% respondents supported that all Canadian provinces -- except Nunavut -- should have distracted driving legislation; however, many respondents also believe that legislation already in place has been largely ineffective.

“Canadians are definitely happy with the existence of distracted driving legislation, yet they continue to see drivers using hand-held devices with no consequences,” said Mario Canseco, vice president of public affairs at Insights West. “It is this perceived failure of enforcement that is making Canadians question the effectiveness of the law.”

In Saskatchewan, enforcement of these laws have been proven ineffective. Regardless of safe driving initiatives, significantly more residents of the province have been busted for cell phone use this year than in those past.

This September, 414 tickets were issued to people who were pulled over for distracted driving, compared to just 285 in 2015. Saskatchewan Government Insurance confirms that the majority of these infractions were issued to those who were using handheld mobile devices.

Parachute Canada organizes National Teen Driver Safety Week every year, which this year concluded on Oct. 21. The initiative encourages teens to learn and talk about the dangers of their actions behind the wheel.

“We know from research that education is one component,” said Parachute interim CEO Pamela Fuselli, “but it’s not enough.”

With a new driver on the road, it is important for parents to talk to their teen and remind them of potential hazards, but the most important step that any person can take to combat distracted driving is to report incidents before accidents happen.

RELATED:Will You Make One Promise That Could Save Many Lives?