One second could define the course of your life. 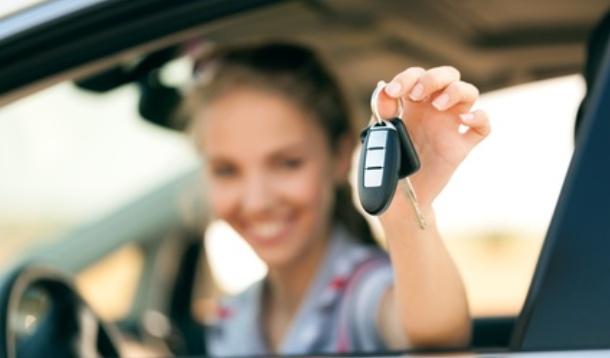 It might only take a second to read a text message, but that one second could define the course of your life.

In the summer of 2013, Phil had just finished up his freshman year at South Dakota State University, where he studied engineering and ran cross-country. As he was training on a road near his hometown of Otsego, MN, he was struck by a distracted driver and was killed almost instantly.

While the driver was later sentenced to jail time and community service for Phil's death, it will never take back the split second that cost Phil his life.

What happened to Phil LaVallee is every parent's worst nightmare. And, unfortunately, it's telling of a much larger problem at hand. Distracted driving -- particularly when the distraction takes the form of a mobile device -- will soon become the number one cause of fatal car accidents for teenage drivers in B.C. and across Canada.

"Texting … will quickly become in Canada the chief cause of death behind the wheel for teens," said Steve Wallace of Wallace Driving School on Vancouver Island.

In fact, many experts say that distracted driving is equivalent to drunk driving, if not worse.

And recent statistics back Wallace's prediction. According to research conducted by ICBC, 22% of all fatal accidents involving youth are caused by distracted driving. Simultaneously, data predicts that by 2025, Generation Y is expected to account for 75% of all cars purchased. As mobile phone use becomes increasingly second nature, that means more young, potentially distracted drivers will be on the road.

What can be done? While many Canadian provinces have been working to create stringent driving tests and requirements, it's not like parents can accompany their teenager on every excursion, making sure that they leave the phone alone while they’re behind the wheel -- much as they might want to.

While there are apps available on the market that can actively prevent young drivers from multi-tasking while on the road, introducing more technology into the mix isn't necessarily the best answer to this ever-increasing issue.

One of the best ways to keep your teens safe is to model responsible behavior when you’re in the car. Keep your phone -- and your lipstick and hand lotion and anything else you might be tempted to use -- in your purse. Stop for lunch, rather than grabbing a messy drive-thru taco or burger. Instead of looking at directions or maps, let your GPS or smartphone app navigate via voice.

For his part, Greg LaVallee emphasizes the importance of education. He has spoken at area high schools about the possible consequences of texting or other distractions, telling his son’s story and honoring his memory.

RELATED: What Your Teen Really Thinks About Your Driving