How I talked to my teenage boys about sexual assault 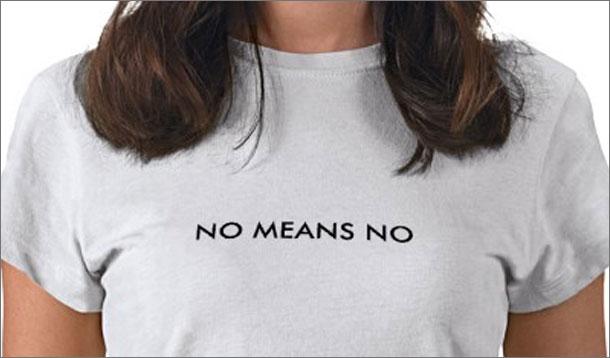 Like all parents, I’ve been shocked and saddened by the growing frequency of news stories concerning teenaged girls who’ve been sexually assaulted by teenage boys—photos taken that are then tossed about social media like dandelion seeds—and to tragic and senseless results.

As a mother of three (seventeen- and fifteen-year old boys and a twelve-year old daughter), these stories broke my heart. Educating boys about rape and sexual exploitation is now a priority that reaches beyond the communities in which these tragic events took place. But here on the homefront, I don’t do so well with the difficult discussions with my kids. It took me three glasses of wine to summon the courage to have the whole birds and bees talk with the boys. (I can only pray the school board did a better job with far less alcohol.) How much do I even want to know about their sex lives? And what hangover would I have to endure to have a serious talk about rape with them?

Nevertheless, last Friday night, my daughter had plans to stay over at a friend’s house leaving my husband and I alone with the boys over the dinner hour. As I laid down the meal and poured the milk, I knew I would be given no better opportunity. It want something like this ...

“Guys, I want to have a serious talk with you about rape” (and only one sip of wine so far). Mid-ketchup pour and mid-fork-to-mouth, they both paused, and I realized I had their attention. In that moment, I was not going to waste their attention trying to figure out what they knew about rape. I was just going to let my mouth spew and deal with the consequences of my communication methods later. Big gulp of wine.

“I know you boys would never rape a girl. I know you know that 'No means no,' but it’s much more than that. Just because a girl doesn’t actually say 'no,' doesn’t mean that she probably means 'yes' and you’re good to go. When a girl is not capable of saying 'yes,' if a girl is too drunk to say 'yes,' or not able to fully participate, then the sex you’re about to have is not sex, it’s rape, plain and simple.” Please, oh please, don’t tell me about your sex lives. Another gulp of wine.

“If you or one your friends are starting to get out of hand with a girl who is drunk, it’s not funny. It’s more than not funny, it’s rape.”

“If you or one of your friends sends around pictures of a girl you know would cause her a lot of shame and embarrassment if it were circulated, like a naked or near-naked girl, maybe drunk, maybe not, or in any kind of sexual context, it’s not funny. It’s more than not funny, it’s criminal.”

“I can only hope that if you boys saw anything like this going on you would stop it if you could. But if you couldn’t, you need to get out yourself out of there and tell someone. Me. Another parent. The Police. Someone.”

Any questions?” Please no questions! I’m just making this up as I go! And my wine glass is now empty.

There were no questions. I guess that was enough for one evening. Maybe they’ll never ask the questions, who knows? But the door had been opened, even if just a little.

So now on our bulletin board, also sits the following message that will hopefully serve as a reminder:

You can anonymously report online sexual exploitation to Cybertip.ca anytime.

You can also tell us, a teacher, your school liaison police officer, or report it to the local police station.

This note is sure to draw questions from my twelve-year old. So be it. I’m equally sure explaining it will cost me another bottle of wine.

Ottawa mom of 3 poking fun at motherhood, middle age, and minor hockey! Author of Offside by a Mile - Confessions of a Hockey Mom (FriesenPress,
2015) and HockeyNow.ca contributor.