Today, We Should Pledge to Ditch the "R Word"

No word is just a word: it is a conscious choice that comes with responsibility and impact. 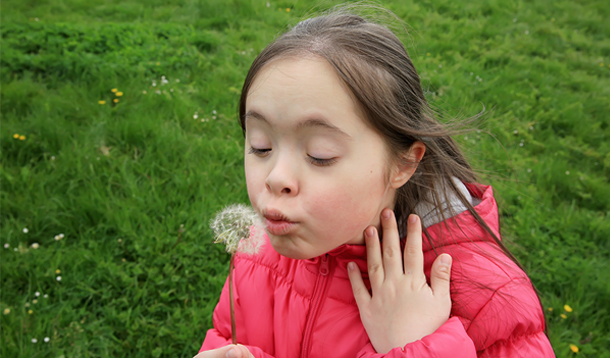 The conversation was pleasant. I didn’t know her well, but I was enjoying the exchange. She was funny, clever, and more than a bit sarcastic, my kind of people. She was definitely someone I could see myself hanging out with more often. I nodded along to her amusing anecdote, relating to the words.

I cringed. Instantly, my admiration for her dissipated. I squinted to see the sparkle in my new friend once more, but it had vanished. That word is my kryptonite. As hard as I try to give benefit of the doubt and acknowledge that otherwise good people can use that word, I automatically lose some respect for whoever’s mouth the word falls out of.

I’ve never used it. Ever. Even as a child of the 80s, when that word was thrown around like confetti, it made me grimace. I’m not sure if I was specifically taught that it was a bad word. Certainly, my parents never use it either, it’s possible they admonished it before it had a chance to take root in my vocabulary. It’s just a word that I have always hated.

Once I reached near-adulthood, I naively assumed people had changed with the times and would be open to learning about why the word was so abhorrent. As an Residence Assistant in university, I seized the opportunity of a captive audience during one of my section meetings to share an impassioned Dear Abby letter from a young woman whose sister had Down Syndrome. She spoke about how hurtful the word was, and what it meant to her family when they heard it.

I told them I wasn’t trying to preach to them. I simply had heard the word spoken frequently within the group and wanted to offer a different perspective. I thought it would eye-opening, or at least inconsequential. I didn’t expect the backlash I received.

I looked out at the sea of disgusted faces, knowing their distaste was with my act not with the word. I invited anyone who wanted to discuss it further to come see me in my room. Some took me up on my offer. They spoke about free speech, and that it was “just a word”, and how people are too easily offended. They scolded me for using the meeting to discuss it and told me to stick to sharing info pertaining only to the school or the section.

I ended the evening in tears, but I never waivered from my conviction that the word is wrong. No word is “just a word.” The words we choose are representations of ourselves. They express not only our thoughts and our feelings, but who we are. The can lift us up or tear us down. Words have power. They can hurt, and they can heal. No word is just a word: it is a conscious choice that comes with responsibility and impact.

The beauty of words is that they are plentiful. There are always words to choose that convey a message precisely and accurately, without being unnecessarily hurtful. With so many alternatives, why is “the R word” even in our lexicon? Terri Mauro of verywellfamily.com made a list of 225 substitutes for the word. There is no excuse for its continued use.

Recently, the hashtag #UseAnotherWord was trending. This simple sentence also serves as the comprehensive tutorial for breaking the cycle of hurt. It’s that simple. Say something else.

And I’ve heard all of the tired excuses. “It’s only offensive if I say it to someone with developmental differences.” Nope, try again. Using it as a synonym for “stupid” or “bad” equates people with developmental differences with the same negative feelings. I once saw a teacher illustrate this by substituting the student’s own name for the R word when the student had used it. “That’s so Dave, you mean? Imagine if any time we wanted to criticize something, we called it Dave. Stop being such a Dave.”

Make no mistake: “retarded” is a slur. It’s not an adjective or a descriptor; it is a slur. If you would not use a racial or homophobic slur, and I sincerely hope you wouldn’t, then stay away from the R word. If you continue using the word despite this, you are someone who intentionally uses slurs, and deserve all the judgment that comes with it.

We may not all have realized as children of the 80s and 90s that it was hurtful, but there is no excuse now. Continuing to use the word at this point is willful ignorance. Just choose another word.

Today, on World Down Syndrome Day, as you don your funky socks, and share posts to spread awareness and joy, make a pledge to yourself to banish the R word from your vocabulary. Everyone will be better for it, including you.

RELATED: 10 Words and Phrases You Should Ban From Your House