A one word change potentially makes the anti-discrimination policy discriminatory 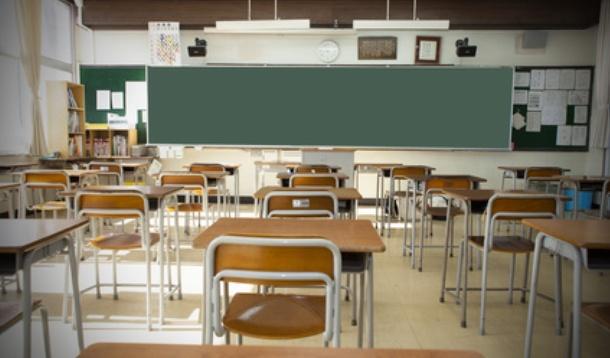 When the Edmonton Catholic School Board passed a transgender policy in Oct. 2015, it ruled that "all members of the school community have the right to an environment free of discrimination." When the Board held its second reading of the policy in November, it added a single word to that sentence: "unjust."

It might only be one word, but it’s a word that has the power to render the entire policy ineffective.

It all started last year with a controversial incident that has been plaguing the Edmonton Catholic School Board ever since: as The Canadian Press reported, a seven year-old transgender girl attending an Edmonton Catholic school asked for permission to use the girls' washroom after she stopped identifying as a boy. The school does have gender-neutral bathrooms, as required by the Board, but the student felt uncomfortable using these facilities and wished to use the same washrooms as her peers - and let's be honest here, we all know the feeling of not fitting in. We've allbeen in that place -- maybe some of us are in that place right now.

For young children, however, fitting in and having friends is an essential part of growing up. It's so important that if a young student isn't accepted by his or her peers, that non-acceptance can be traumatizing.

Consider the importance kids place on things that seems trivial to our mind, like backpacks and clothing. Take that up several notches and imagine not being able to use the restroom that aligns with the gender you identify with.

The Catholic School Board has taken a clear stance on the inclusion of LGBT individuals in its schools; Edmonton Catholic school board trustee Larry Kowalczyk told CBC News last year that "God has not made a mistake in the gender of me, or you, or anyone else."

Now I don't know about you, but I'd like to know when exactly we decided it was okay to refer to transgender people as "mistakes." Just because their path may not be yours – while being a path a lot more difficult than most people can fathom - it doesn't mean it's not “real.”

As the Edmonton Catholic School website states, it passed the "Commitment to Inclusive Communities Policy" in May 2014 to "address the broad spectrum of causes of inequality and exclusion within the framework of Catholic social teaching." Seeing as 72% of parents choose to send their kids to private and/or parochial schools because of safety concerns, this policy seems like a strong selling point for parents who are concerned about the welfare of their children.

And yes, that even includes children living under the LGBT umbrella.

So is it right to include "just discrimination" while still promoting policies that proclaim a commitment to inclusiveness?

If the Edmonton Catholic School Board wants to accept "just discrimination" in its schools, then perhaps it can start getting funding from the Catholic Church instead of taxpayers. I know where I'll stand come March 31, when the Board holds its third and final reading of the policy.

As an introvert and language nerd at heart, Shannon's natural place seems to be behind a notebook, cozied up in flannel, writing about the awkwardness of everyday life. From mental health issues to filing your taxes, she's cool with tackling the tough (and sometimes boring) topics with enough sarcasm to lighten the mood. She loves spending time with her crazy Irish family but has a special place in her heart reserved solely for her "furbaby" rescue dog, Aoife. Her other interests include consuming as much tea as physically possible, knitting little dog sweaters, and writing about the passions, successes, and problems of young women and mothers across the world.