Have You Thought of A Name Yet? 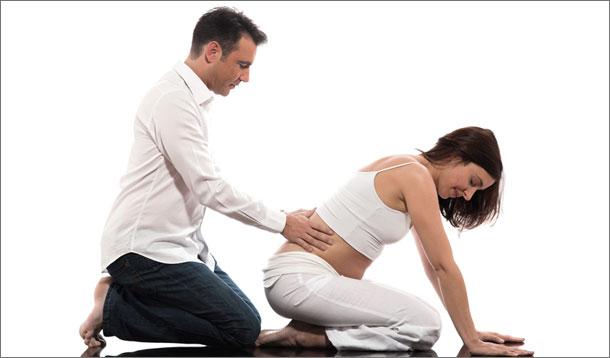 Lately you are likely feeling rather like a gigantic hairy monster from Sesame Street - thanks to all your hair being fuller, thicker, more plentiful and in some cases, darker than normal. This extra coat will begin to disappear after you deliver. Yes, be prepared to molt/shed/cast off a lot of hair! By the third or fourth postpartum month you may actually start losing handfuls of it in the shower. It sucks and it's kind of gross and even a bit scary, but like much of the icky pregnancy-related occurrences, it's normal and temporary.

Your pigment product is in overdrive right now so you may notice weird changes in your skin. Get naked in front of the mirror right now. Don't worry, we'll wait. Look at your nipples. They're probably much darker. Now, look at your belly button. Like the magic of etch-a-sketch, you'll see a vertical line, commonly referred to as a linea negra, appearing from your belly button to your pubic bone. Sadly you may also notice splotches on your skin around your nose and cheeks. This lovely gift is called pregnancy mask. Sigh.

The wee beastie/peanut/munschkin/monster/womb-hijacker/beanie-baby/little one/alien is now starting to go through the motions of breathing – even though there isn't any air in those lungs just yet. His senses are also developing so quickly. At this point, fetal brain scans show that babies respond to touch, and if you shine a flashlight on your abdomen, they will turn their head, which researchers say proves that the optic nerve is now functioning.

Have you noticed all of the different nicknames we have used for your wee tenant? Going around saying it, the baby or they really gets old after awhile and likely you won't/didn't even think about nick naming the tiny (soon-to-be) terror. So now’s the time to start giving names some of your valuable brain time.  Be proactive now while they're still baking in your belly so you choose a name you won’t regret down the road. Gwenyth named hers Apple. Need we say more?

No matter where you’re at in your pregnancy our guide will keep you up-to-date. Find out more about what’s happening to your body here.
Category:
Pregnancy
Tags:
pregnancy
first trimester
pregnancy week by week
pregnancy week 25
baby names
prenatal massage