Yes, I Wanted A Girl!

Is That So Wrong? 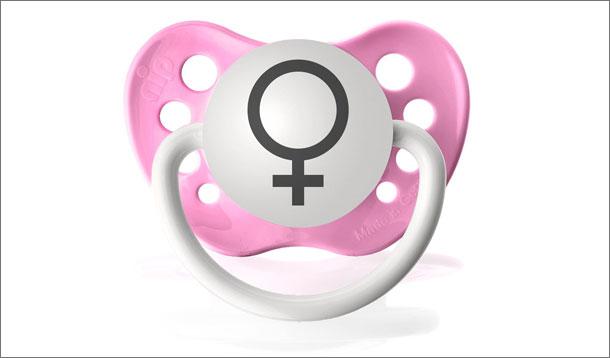 When I was a child, I swore that I would never have kids.

I have no siblings or relatives living close by, so I had no exposure to babies.

As I got older, I didn’t babysit much. I simply had no interest whatsoever in the smaller and younger of the species.

In my twenties and starting my career, I would avoid all office parties that involved pink or blue iced cakes, and balloons with storks on them. I always contributed, but never attended. When a fellow employee on maternity leave came for a visit with their wee bundle in tow, I always contrived to be on another floor.

Then I turned thirty-four, and, as they say, the clock started ticking. Frankly, I hated that I was governed by biology in that way. In my head, I didn’t ‘get it.’ In my heart, the only thing I knew was that I harboured a very strong desire to have a girl. I think it was because of my relationship with my mom—it was, and is, very strong. She is my best friend! Of course, I didn’t share my preference with anyone, because I was afraid of their reaction. I shouldn’t have cared one whit about the sex, as long as the baby was healthy and happy, right? But I did.

Two years and two miscarriages later, I was in a blind panic to have a baby.

"What if the very thing that I now so desperately wanted was out of my reach? What if it was my fault for waiting so long? What’s wrong with me that monkeys can do it, but I can’t?" Those are just a few of the thoughts that ran through my mind twenty-four hours a day.

You would think at this point that I would be happy with a healthy baby of either sex—and I would have been in the end—but in the back of my mind, and in the deepest recesses that I still refused to share with anyone other than my mother, I still wanted a girl.

When I got pregnant for the third time, I didn’t celebrate. The first time, I had bought all sorts of things—tiny running shoes, tiny outfits. Ten weeks later, those things were put away in a box. The second time, I didn’t do anything and didn’t tell anyone, other than my mother and husband. Six weeks later, that too was all over.

So, when the line appeared on the stick for the third time, I was the model of exterior restraint. Inside, I was a complete wreck. Mom and I had planned a trip to Paris that June (before I found out I was pregnant), and I hesitated for a microsecond about going. But, at the end of the day, if something went wrong, it was going to go wrong here or there, and there wasn’t much I could do about it either way. So, I went.

Spring in Paris is beyond beautiful, and, of course, there were babies in strollers everywhere—oddly enough, most of them were girls. It was like the fates were teasing me mercilessly.

A trip to Paris isn’t complete without a little shopping therapy and I did the thing I said I wouldn’t—I bought clothes. For a girl. Girly clothes. Pink clothes. Beautifully made clothes.

Several weeks after our return, I had my twenty-week ultrasound, and the technician said to me, after checking that I wanted to know the sex: “I hope you like ballet, because this little girl has some long legs on her!” I cried and cried. I was so happy and felt so guilty, because I really didn’t know how I would have reacted if she had told me my dear one was going to be a boy. I felt piteously awful and gloriously thrilled and excited, all at once.

A day or two later, my husband commented to me that I seemed happy. He didn’t mean that I was miserable the rest of the time, but more that a calmness had come over me. He was right. I had given up my guilt and given in to the happiness. Eighteen weeks later, our dear one was born.