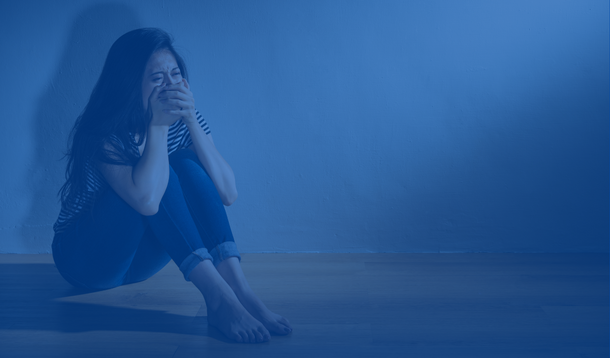 The theme of this year’s Maternal Health Awareness Day is Know Why, and I love it because that’s the question I’m always asking.

Why are pregnant and postpartum women still dying preventable deaths? Why is Canada’s maternal mortality rate actually higher than what’s being reported? Why is our data on maternal suicide inaccurate? Why did Flora Babakhani of Toronto die from undetected postpartum psychosis? Why couldn’t I, and why can’t tens of thousands of women, birthing persons, and partners get timely access to perinatal mental health care?

All the whys plague me, all the time, and they inevitably lead to one very big how…

How in the world could this be happening in Canada in 2023?

The good news is the government is listening. In Ontario, Parkdale-High Park MP Bhutila Karpoche introduced a private member’s bill to mark the first Wednesday in May annually as Maternal Mental Health Day. Federally, ensuring Canadians receive timely access to perinatal mental health services is on the do-to list of Carolyn Bennett, Minister of Mental Health and Addictions. Just last May, I received an in-person promise from none other than Prime Minister Justin Trudeau.

Promises are great, but now it’s time for action.

When I suffered from postpartum psychosis, I believed angels and aliens were talking to me. I thought God had granted me special healing powers. I believed I was chosen to help humanity ascend to the fifth dimension, whatever that is. I quit my job and left my burgeoning career in journalism and communications because I was sure I was about to become a famous Hollywood actor.

If none of this makes sense, that’s good. That means you’re not suffering from psychosis like I was, or rather, postpartum bipolar disorder with psychotic onset, to be precise. And though I eventually lost my job, my career, my home, and nearly my marriage, and I have attachment issues to work through with my firstborn, who has a myriad of mental health issues to contend with himself, likely due to the effects of my untreated perinatal mental illness, I consider myself extremely lucky.

Sadly, the same can’t be said for Flora and all the other Floras out there we haven’t heard about because Canada only keeps track of maternal deaths that occur in pregnancy up to six weeks postpartum.

Flora was more than nine weeks postpartum when she died.

It was only by chance that I learned of Flora’s story through an old university friend who knew Flora’s sister, Mimi. Mimi wanted to share Flora’s story to make sure what happened to her never happens again.

Postpartum psychosis develops in approximately 1-2 per 1000 women. It is one of the rarest and most severe forms of perinatal psychiatric illness, and it is a medical emergency that requires immediate attention. Symptoms can include paranoia, auditory hallucinations, hyperactivity, rapid mood swings, and delusions or strange beliefs. There is also a significant risk of suicide and infanticide.

Flora struggled with mental health issues her whole life. After giving birth to her daughter Amber, Flora needed to stay in the hospital for a few weeks due to medical complications, such as edema. Despite being surrounded by doctors and nurses, and struggling with her mental health at the time, Mimi believes Flora was never flagged.

When she arrived home, Mimi says Flora seemed detached from Amber but thought any concerns would be voiced by the visiting nurse. None ever were.

Weeks went by. Then one day, just over two months postpartum, Flora messaged Mimi asking to speak with her urgently. She told Mimi that she couldn’t say much other than that her life was over and that she was going to jail. She said people were watching her, her computer had been hacked, her apartment and phone were bugged, and that she would have to leave very soon.

Mimi spoke to her mom, and her mom said that she, her dad, and a few friends began noticing Flora’s strange behaviour and were trying to get help. They relayed the situation to a doctor over the phone on Thursday, and an appointment was made for Flora to see the doctor in person on Monday.

Tragically, Flora never made it to her appointment. On Friday, the day after her family spoke with the doctor, Flora died by suicide. That was January 14th, 2022, two months and ten days after Flora gave birth to Amber.

When I learned of Flora’s tragic story and her untimely death, I knew I had to do something about it.

Now a perinatal mental health advocate, I and fellow co-founder Jaime Charlebois of the Canadian Perinatal Mental Health Collaborative immediately set about creating Flora’s Walk, a fundraiser and awareness event now in its second year. Over $75,000 was raised from 20 walks across Canada. The money went to local charities with boots-on-the-ground helping to provide much-needed frontline perinatal mental health services. It also went to Mimi, who adopted Flora’s baby, Amber, and to the CPMHC as we continue to advocate for a national perinatal mental health strategy.

Maternal Health Awareness Day is important. So is World Maternal Mental Health Day, the first Wednesday in May. In honour of Flora and all individuals suffering right now, let’s make sure maternal health and maternal mental health is on the minds of our elected leaders each and every day until the day comes when help is easily accessible.

Patricia Tomasi is the Co-Founder and Co-Executive Director of the Canadian Perinatal Mental Health Collaborative. Prior to becoming an advocate, Patricia worked in communications and as a journalist in various newsrooms across Canada. As a journalist for HuffPost, Patricia shared her struggle with perinatal mental illness and reported on the current state of perinatal mental health care in Canada. Patricia created and edited Canada’s first perinatal mental health anthology: You Are Not Alone, containing the stories of 49 mothers across the 49th parallel.