My Colleague Gave Birth in a Disney World Hotel Bathroom

I had worked alongside Tammy for ages, and I had no idea she was pregnant. As it turns out, neither did Tammy. 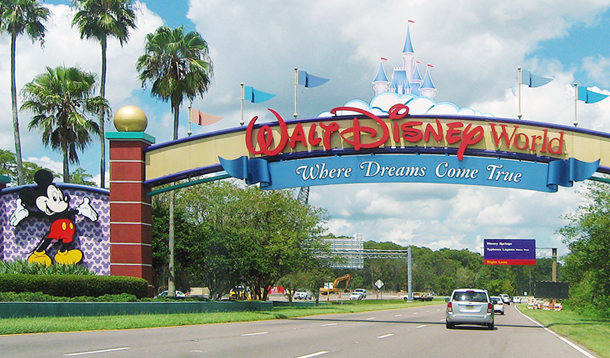 It was an ordinary day in October, 2004, when my coworker Tammy walked into the infant room at the daycare in which we both taught, carrying a newborn baby.

“This is my son, Michael,” she answered.

The day became remarkably less ordinary. I had worked alongside Tammy for ages, and I had no idea she was pregnant. As it turns out, neither did Tammy.

The story that followed is one for the history books. Tammy found out she was pregnant on October 1st. Michael was born just over two weeks later. And that’s just the beginning.

Tammy hadn’t thought much of her missing periods. This wasn’t an uncommon occurrence for her during times of stress. But when she started to gain some weight around her hips and feel tired, she decided to get checked out by the doctor. Pregnancy seemed a likely culprit, but home pregnancy tests had been negative, as had an initial blood test. Then a second blood test showed a positive pregnancy result, and Tammy was sent for an ultrasound. There, staring the ultrasound technician in the face, was a nearly fully formed infant.

“They didn’t tell me anything at the ultrasound. The doctor told me a few days later. I was shocked!” recalled Tammy.

Once the shock wore off, Tammy worried about the trip to Disney World she had planned with her family on October 15th, and how she would tell her young daughter that it was off. Her doctor assured her that the baby wouldn’t be born until late November or early December, so to go ahead and enjoy her trip.

An uncomfortable 23-hour drive later, she spent the morning shopping in Florida with her family and enjoyed Chinese food for dinner. That night, she was up all night sick to her stomach, which she attributed to the Chinese food.

Unable to shake the sick feeling, she told her parents to take her daughter to Disney World while he stayed back at the hotel and rested. She called her partner at home in Toronto, who made arrangements to fly down to meet her and take her home. He was to arrive at 8:30 pm. But she wouldn’t be alone when he got there.

At 7 pm, Tammy needed to use the washroom. When she stood up off the toilet, her water broke. She grabbed towels to clean up the mess, but when she bent down, she felt a head.

“I put the towels on the floor of the bathroom and closed the door. I put one foot on the sink, one foot on the wall, slid one hand under the door, and pushed. But his shoulders got stuck, so I had to twist him out. I rinsed him off in the bathtub and sucked out his nose and mouth with mine. Grossest thing ever!” 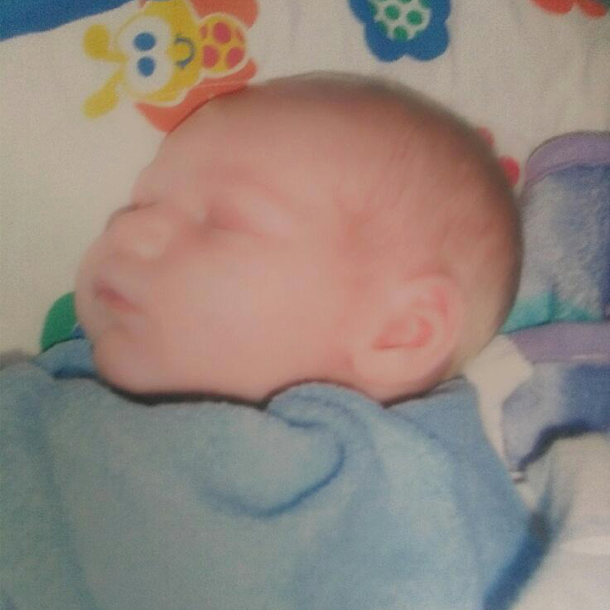 This was all new territory to Tammy. Her first child had been a C-section. She did not expect her second to be born VBAC, unassisted, on the floor of a hotel bathroom at Disney World!

Holding her new baby, still attached to her by the umbilical cord, she did what anyone does when they are shaken. She called her mom. Her family was there within 10 minutes.

“My dad went to the front desk and told the girl we have a small problem in room 254. He said his daughter had just had a baby in the washroom. She said, ‘Um, that’s not a small problem, Sir!’ She called 911 and patched it through to our room.”

“When my brother came in to help me, he looked like he wanted to be sick at the scene! The dispatcher told my dad to tie off Mike’s cord with a shoelace and cut it six inches from the belly button. When the ambulance came, they took me to Celebration Hospital, which was designed by Walt Disney. They took me to labour and delivery to deliver the afterbirth, which I had no idea about because I had had a C-section the first time. They had to give me a needle to open my cervix, which had started to close by then. While this was all going on, my dad gave Mike his first bottle.”

Then it was time to tell five-year-old Kylie that she had a baby brother. The news should have been a pretty big shock since like the rest of us, she didn’t know her mom was pregnant; but Kylie was mostly relieved the new baby was not a sister. “Oh thank God! I don’t have to share any of my stuff!”

Finally, after being delayed at customs (a man traveling to Florida with no luggage and a one-way ticket raises some suspicion) Tammy’s partner Paul arrived around 10 pm. The new family of four was complete.

At 8 pounds, 8 oz., it’s unlikely Michael was early. It’s hard to guess a due date from an ultrasound of a full-term baby! And thankfully, despite his dramatic entrance into the world, Michael and Tammy were both healthy.

The van felt packed on the ride home, carrying two extra people than the trip down; but the visit to Disney World would be one they, and the hotel staff, would never forget.

Years later, Mike tried to weasel out of winter recess by informing teachers he was born in Florida and not made for the cold. On a personal note, thanks to Mike, my oldest son stays well-dressed in a heavy stock of hand-me-downs.

It’s been over 14 years since Tammy first walked into that classroom, carrying her miraculous bundle, and Tammy is now a grandmother herself to Kylie’s baby girl; but not a month goes by I don’t tell the story to someone. It’s not every day you meet someone born at Disney World.