It’s the snakes in a can of peanut brittle of modern pranks. It’s a joy buzzer with no joy. 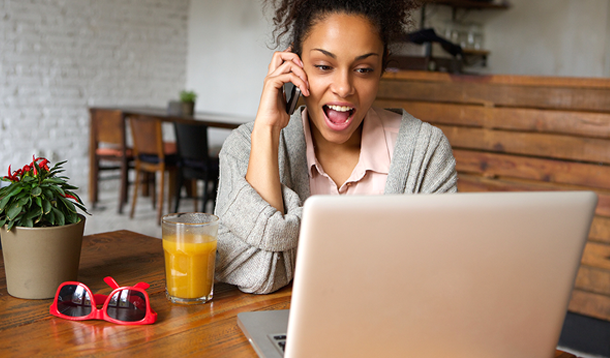 March is ending, and you know what that means. It’s almost time for the cheekiest day of the year – Fake Pregnancy Day!

I’m not sure who first thought up the idea to prank others with a fake pregnancy, but I am sure it’s not funny and never has been.

Did it come with the invention of social media? Does it go back further? Did cave women put rocks under their loin cloths?

Wherever it came from, it needs to go back there. First, it’s overplayed. It’s the snakes in a can of peanut brittle of modern pranks. It’s a joy buzzer with no joy. Oh, you posted you’re pregnant, and you’re not, ha-ha, you got me. I totally thought 27 women on my Facebook feed were announcing their pregnancies today.

And in addition to being overdone and tired, it’s mean. Imagine hopeful grandparents seeing this post, only to learn it was fake. Or worse, faking a pregnancy to your partner. If they panic, they have to live with the fact that their reaction to a potential child was negative. If they are excited, how awful to learn it isn’t true. It’s legitimately cruel. It’s the adult version of the “I ate your candy” Halloween prank.

Then there is insensitivity to people who are suffering from infertility. It is heartbreaking enough to watch real announcement after announcement come when you are struggling to conceive, without having fake ones thrown in your face.

And yes, I have a sense of humour (I see you there, inevitable “it’s just a joke” in the comments section). It’s just that this isn’t humorous.

Every year, we hammer home to our eager little pranksters that April Fools’ pranks are only funny if the other person finds it funny too. It isn’t funny to humiliate someone. It isn’t funny to be mean or hurtful. The best pranks are the ones where everyone laughs, including the person being pranked. Pranking at the expense of others is called being an asshole.

April Fools’ Day is not an excuse to be cruel. You cannot use “April Fools’!” as a get out of jail free card after hurting someone. The damage is done. We expect our children to know this, and we need to follow it ourselves.

Even if you think it’s a stretch for me to say pregnancy pranks are cruel, stop it anyway. Be more creative. Try something that hasn’t been done every year since the dawn of sex. Google is your friend, look up better ideas, or figure something out on your own. My five-year-old has been practicing for this day since the summer; if he can come up 76 original pranks, you can come up with one that doesn’t involve a non-existent fetus.

Anything is better than the fake pregnancy gag. If it comes down to it, break out the peanut brittle snakes.