These Nurses Made Me the Mother I Am Today

These three women who were present at the rawest moments of my life got me through them. 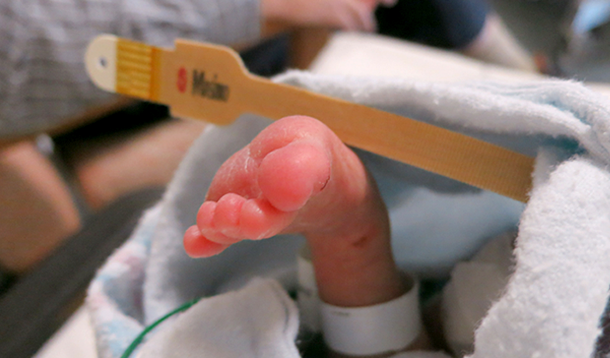 The road to parenting and bringing babies into this world was complicated for me. There was infertility, miscarriage, pregnancy, high-risk monitoring, emergency delivery, the NICU… My youngest is 4 now, and I still give a little shudder when I look back. But one part of that time warms my heart.

Three nurses were there for me during the darkest and my most joyful moments of my motherhood journey. To honour them during Nurse Appreciation week, I’d like to express my thanks.

Jennifer was the nurse assigned to our case at our fertility clinic, and was with us through all 4 of our IVF treatments. During IVF, the nurse calls daily to report on how an IVF cycle is progressing. Jennifer spoke gently as she let me know our first cycle was likely going to be cancelled - all those drugs and dollars spent for nothing. A few days later, she was jubilant as she told me it would, in fact, go through, just slightly later than planned.

It was as though she felt every setback and every triumph with me. We cheered when that IVF cycle resulted in a positive pregnancy test and ultimately our first child. After our second successful IVF cycle, at our 12-week ultrasound, it was Jennifer who delivered the crushing news that we had suffered miscarriage.

There was no rushing out of the office that day. Jennifer sat with me as I wept, wiping away her own tears.

Our time together ended when she signed off on our discharge from the clinic. We walked out 12 weeks pregnant with our second child after a four year roller-coaster ride. I know Jennifer had dozens and dozens of patients at that time, but I always felt like I was the most important one. I would like to thank her for her investment in our joyful success, and for her compassion on my darkest days. 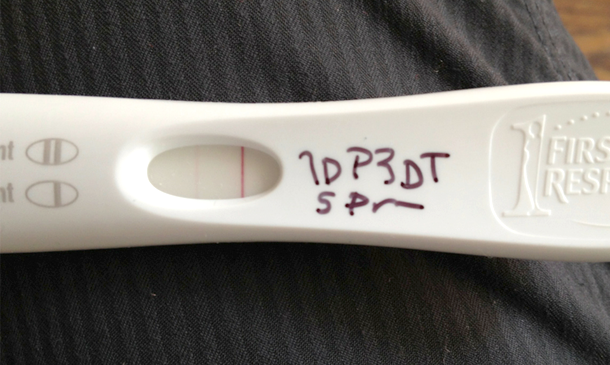 The second was the nurse that did all the high-risk assessments once that pregnancy started to fail at 28 weeks. I am embarrassed to say that I don’t remember her name. I do, however, remember walking into the monitoring office, located inside the Labour and Delivery department at my local hospital, utterly terrified. The baby had been “small for dates” for some time and I was suddenly losing weight weekly instead of gaining. I had no idea what this meant, except that it wasn’t good.

The nurse who did the tests was cheerful, chatty, and had a warm and hopeful disposition. She did two tests at every visit. On the first day, baby passed one test then flunked the other. I panicked. I sat quietly waiting to head to ultrasound with tears spilling onto my tiny belly. The nurse sat with me and gave me all the reasons the tests fail, what they’d look for downstairs, and all the steps in between a bad test and a tragic ending. She promised me she would let me know if I needed to worry, and recommended we switch to bi-weekly tests.

The following week, baby flunked again, and again. That earned me a 4-day sleepover at the hospital and daily monitoring. Each day, this nurse told me all the great things she was seeing on the tests and how there was a big range – you could fail and still be perfectly healthy. She sent me to ultrasound, and told me what I should ask to see each time – “maybe you should look at the toes today, I love baby toes” she’d say. Or “I wonder if baby will be waving?”

We spent 5 weeks in this pattern: test, fail, test. Repeat. This led to modified bedrest at home, then hospital bedrest, and finally, early one morning, baby’s test results took a turn for the worse. Ultrasound revealed baby was in peril, and not long after, I found myself having an emergency C-section.

Baby was born breathing and cooing, surprising the 10 specialists standing by to receive her.

The day after Alma’s birth, I met my monitoring nurse in the hall on the way to the NICU. She cried with joy that baby had arrived and was safe. At that chance meeting in the hallway, she revealed that my baby had been the 'one to watch' for the last 6 weeks as the whole team feared she wouldn't make it. She called my Alma their current 'Miracle.' I want to thank her for keeping me in the dark about the gravity of the situation and for watching so closely. One more day, and baby Alma would not have survived. I owe my miracle to her, and I am grateful every day.

The third nurse was one of my NICU nurses. All the nurses there were amazing, but one stands out in my mind. Monica sat with me, reassured me and tenderly cared for my wee one. Monica gave me the practical preemie advice and emotional support I needed to survive the NICU and go on to champion my daughter through the daunting journey of her rare syndrome.

Alma was born healthy, though small. She should have been gaining weight and preparing to go home. But, things were not going according to plan. After the stressful months leading up to this point, I was ready to crack. There were a lot of long, long days and nights spent pumping, attempting to nurse, pushing tube feeds and trying to figure out how to care for a 3 lbs,11 oz early arrival.

Monica was a calming force who kept reassuring me that Alma would get to where she needed to be in her own time.

After we left the NICU, we learned through our numerous subsequent visits that Monica was also the nurse for pediatric clinics in the hospital – the Breastfeeding Clinic, the Early Intervention clinic and the Cardiac clinic. She was there when Alma was deemed Failure to Thrive and the breastfeeding clinic helped set me on a path to pumping instead of nursing. She was there as Alma’s early intervention clinic tracked how far behind she was compared to her preemie peers. And when Alma was diagnosed with Williams Syndrome, a condition that is characterized by life threatening heart conditions, she met us at the desk for the first cardio assessments.

As it turns out, Alma’s NICU experience was just the beginning of a very long journey. She is no longer tracked for weight, we count ourselves lucky that her heart is just fine. And her development? It’s just like Monica told me during Alma’s first few days in the NICU. She’ll get to where she needs to be in her own time. 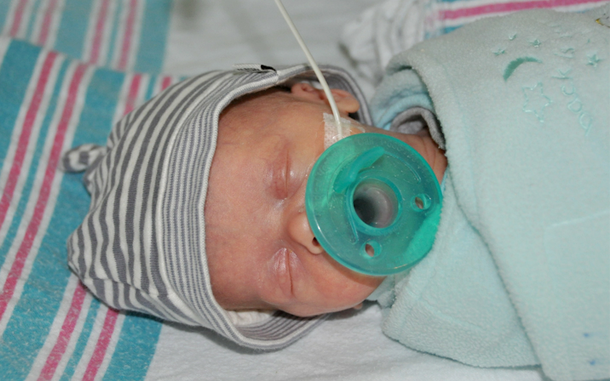 I want to thank ALL the nurses who cared for Alma in the NICU. But I want to thank Monica for taking care of me. I am a better mother to Alma because I met you. Alma’s syndrome is rare, but your guidance helped me see it as just one part of a surprisingly normal life.

The path through infertility treatments, having a high-risk pregnancy and raising a child with disability are each incredibly isolating experiences. These three women, who were present at the rawest moments of my life, got me through.

And I will never forget that.

RELATED: She Looked at Me and Said, “This Room is for Breastfeeding Moms”

Melanie Cote
Melanie is a writer, mom and tireless advocate for Williams syndrome (WS). She writes about parenting, raising a child with a disability, food, neat stuff and the unexpected beauty in life.