For most women in middle to low-income households, this plan is financially unrealistic. 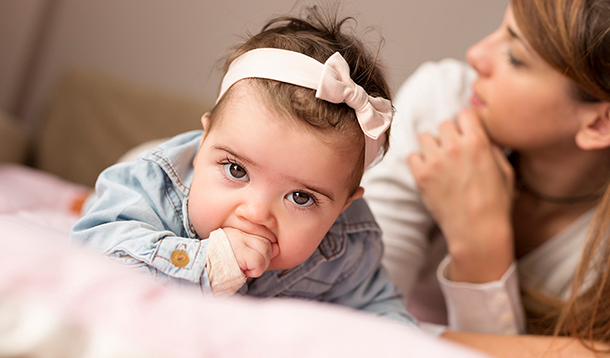 In the 2017 Federal Budget, the Trudeau Government announced it will be extending parental leave to 18 months.

Starting now, mothers and fathers who choose to take time away from work can do so with job protection.

The reality is mothers are overwhelming more likely than fathers to take time off when they have or adopt children. Across Canada, 90% of parental leave is taking by women. For that reason, this announcement should be considered a win for mothers everywhere. But it is just progressive posturing. The only ones who will benefit from this extended leave are rich women, especially those with a partner who can financially support them.

Here's why: There's no extra money.

The same Employment Insurance (EI) benefit afforded to those taking 12 months leave will be spread over 18 months. According to the Service Canada website as of January 1, 2017, the maximum yearly insurable earnings amount is $51,300. Currently, employment insurance benefits cover 55 per cent of a parent's salary for 12 months. If a parent decides to take an 18-month parental leave, the benefits drops to 33 per cent of insurable earnings.

Putting it in dollar terms, the maximum you can receive in parental benefits over a year is $543 per week. If you take 18 months leave, your benefit would be maximum of $325 per week.

For most women in middle to low-income households, this plan is financially unrealistic. For single moms who are the sole breadwinners, even 12 months off may be too long to live on a reduced income. As well for young mothers, who may not even have landed a full-time job yet, this new extended benefit is a moot point.

The Trudeau government wants to make women feel like they have more options without doing anything at all. They're not adding more money. According to the budget, this change will cost $152 million over five years. But I suspect this will be because of federal income tax the Canada Revenue Agency (CRA) will be unable to collect as women choose to stay home with their baby 6 months longer.

New moms and dads should consider their finances carefully before choosing a longer parental leave. Staying home will mean you will save money on child care costs, but does that make financial sense with the reduced weekly salary you will be getting?

Across Canada, child care costs for children 12-18 months is higher than older kids. As an example, a 2012 national survey done by the Canadian Centre for Policy Alternatives, in Ontario, the median monthly fees were $1,152 for an infant, $925 for a toddler, and $835 for a preschooler.

If the Government really wants to help women, it has to beef up its’ current parental leave benefit. At the very least, grant 55% of insurable earnings for the entire 18 months and build a universal child care program that starts as early as women need it to.

Having this in place would give women the options that are best for them.

They could choose to stay home, or go to school, or go back to work.

Currently, women makeup almost 50 per cent of the works force but bear the largest responsibility when it comes to raising kids. If Prime Minister Justin Trudeau (who calls himself a feminist) really wants to do something to help the day to day lives of women, he has to make changes that will actually give women the equal rights they deserve after having children.

Don't just extend the leave. Extend –and beef up – the benefits also.

Rubina is a journalist and personal finance expert. She regularly appears on TV and radio across Canada and writes for several online and magazine publications. Including CBC Radio and Television, Global News Toronto and Global News Radio 640 Toronto and SiriusXM.  She writes regular columns for several online magazines and has her own website www.RubinaAhmedHaq.com.

Rubina began her career as a broadcast journalist in 1999. She is a mom of two and lives with her husband in Oakville, ON.