C-sections Aren't a Failure. They're a Success

I had questions, but I didn't know where to begin. 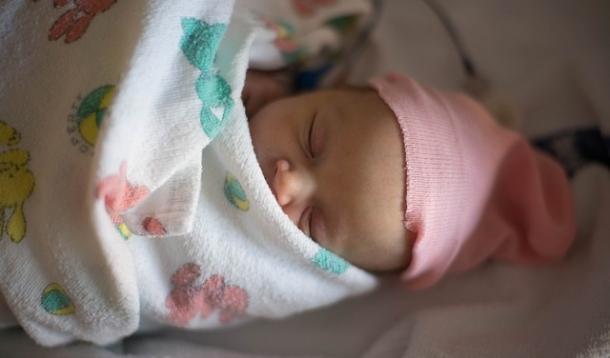 Even as they were wheeling me into the operating room, I couldn’t believe it was actually happening. The C-section the doula in our prenatal class had warned us about. The C-section she said we wouldn’t need because our bodies know how to give birth.

“This isn’t happening,” I thought to myself as they raised the blue curtain, and the upside-down face of a masked anesthetist hovered over my head asking if I was comfortable. “I did everything I was supposed to.”

Literally nothing could have prepared me for the surgery I needed when, after four days of labour, everyone agreed my daughter was stuck.

I had about 20 minutes for it to sink in as they prepped the operating room. I remember a doctor standing at the foot of my bed and asking, “Do you have any questions?”

Exhausted and defeated, I said no, but that didn’t mean I had no questions. It simply meant I didn’t know where to begin, and it felt too late for a crash course.

I don’t remember much about my daughter’s birth except the shock of what was happening: the bright lights, the clatter of instruments, the doctors chatting blithely about vacations, the strange sensations no one prepared me for.

When it was over and the fear had subsided, it was replaced with grief. I was told my C-section was a result of “failure to progress,” words that crushed me, considering how hard I worked to get that baby out. I felt robbed of a feeling of accomplishment.

My second daughter came into the world in the same way: days-long labour that ended in an unplanned C-section. And yet, because I knew what to expect, there was no fear. I now had the confidence to advocate for myself, asking for more patient-centered care in the operating room, including skin-to-skin.

My second C-section was joyful.

I didn’t get that the first time around, because in eight months of appointments, classes and courses, no one had talked about the possibility of a C-section, or what happens during one. At best, C-sections were discussed almost as a threat, waiting in a dark corner for mothers who gave in to interventions.

Expectant mothers desperately need doctors, midwives, doulas and course instructors to prepare them for the possibility of unplanned C-sections, because they happen. They need to discuss openly and honestly what happens before, during and after surgery.

The people who prepare us for childbirth need to stop discussing C-sections as some sort of terrible end-result of a failed labour, but a necessary birth method that deserves to be celebrated.

C-section mothers need to know they can ask for quiet music, patient-centered conversation, that fathers can cut the cord, that they can have skin-to-skin.

Educated and informed mothers are more likely to feel empowered by their birth. And C-section mamas, like anyone, deserve to deliver their babies with joy, not guilt and fear.

C-sections are not a failed vaginal birth, they are a successful birth. They can be beautiful, and they can be joyful.

Take my word for it.

RELATED: Is This Post-C-Section Photograph Too Graphic?

Kristen Thompson is a freelance journalist, blogger, wife, and mom to two little girls. She lives in Kelowna, but calls Toronto home.