May is Pre-eclampsia awareness month 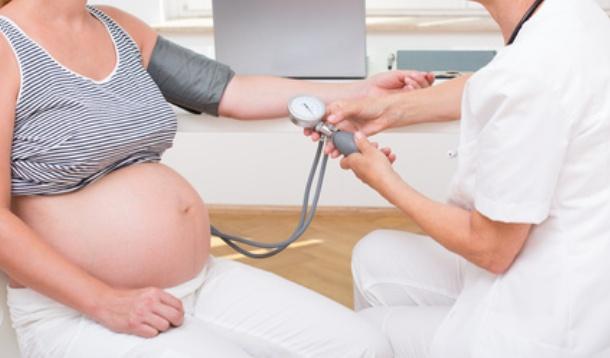 Looking at the title of this article, I'm sure that more than one of you were thinking "she misspelled 'help,'" and perhaps you're reading this article to see what other mistakes I may have made. Before the birth of my daughter, I would have thought the same thing, and I likely would have read on to see what other spelling and grammar mistakes this "so-called writer" may have made.

I assure you, there is no mistake.  HELLP stands for "Hemolysis, Elevated Liver enzymes, Low Platelets."  It's a severe form of preeclampsia, something we very briefly heard about during a prenatal class.  And in recognition of Preeclampsia Month (May), I wanted to share my story as a means of awareness.

In March 2009, I was having a relatively normal pregnancy, some would actually have referred to it as a "great" pregnancy. No nausea, no weird cravings (just ice cream), and no real swelling, until the last month of my pregnancy.  I was due to have my daughter on April 10, 2009.  So at the end of March, I was in the home stretch. I was in full "nesting mode." I was preparing meals to be frozen then cooked when needed, washing and folding baby clothes, generally making sure all was in order for our special arrival. I was feeling especially tired, and a little uncomfortable, but chalked it up to "normal pregnancy discomfort." I had heard many stories about pregnant women heading up to the hospital for various ailments and being sent home (sometimes by VERY annoyed hospital staff).

When I started feeling some upper gastric pain, it was painful enough that I would lean on the back of a chair to try to get relief. I tried baths, back rubs, pillows to prop myself up, just about anything you could think of, but the pain wouldn't go away. Now for those of you thinking "what was she thinking?! She should have gone right to the hospital!" Yes, I probably should have, but just when I would start thinking that way, the pain would go away. I thought to myself "it can't be that bad if the pain goes away." I was having regular checkups, and if my blood pressure was high, it always went down by the end of my appointment. My doctor wasn't worried, so neither was I.

My due date came and went, and on April 12, Easter Sunday, I went to church with my parents and my husband. Half way through the ceremony, I got so dizzy, I needed to sit down.  When we left the church, we took my blood pressure with a home tester cuff.  My blood pressure was 200/110.  We knew it was time to head up to the hospital. By the time I arrived, my blood pressure had gone down to 138/98. An improvement, but still not good.

I was sent to Labour & Delivery.  We waited for hours, had various tests done, and they were beginning to talk as though they were going to send me home. They decided to check my blood pressure one last time. Still high. So, at midnight, I was induced. Just after 7am, my beautiful daughter was born.  Healthy and bright eyed.  As soon as she was born, I was still not feeling much better, but I chalked that up to having been in labour all night.

I began to notice a hush around the room, doctors, interns, nurses whispering. Next thing I knew, I was being whisked in to a private room. I thought "gee, they must be empty around here if they're giving me a private room." I was then told that I was being put on medication to bring my blood pressure down, that a nurse would be with me, in my room 24/7, I was not to get out of bed, or even turn on the lights, and I was not allowed to have visitors. This was all very overwhelming. I wasn't told what was happening, I was just told to stay calm.

A short time later, I heard my husband crying. This was a man who never cries. I assumed he was overwhelmed and tired. What I didn't know, was that he had been taken aside and told that they were doing all they could for me, but, that there was a real possibility that he may lose his wife.

We spent a week in hospital, having nurses help me nurse my baby because I was only allowed limited movement, having nosebleeds that would send the entire room in to a panic (because of my risk of bleeding to death - the result of low platelets), it was an experience like no other, and not the way I imagined the birth of my baby.

After enduring medications, seven platelet transfusions, and hours in virtual isolation, I was able to go home a week later.

Why do I share my story?  So others can be aware of the signs and symptoms of HELLP syndrome and talk to their doctor if experiencing any of the symptoms.

The Preeclampsia Foundation lists the following as symptoms of HELLP syndrome:

Don't ignore these signs and symptoms.  Talk to your doctor.

For more information about Preeclampsia and HELLP syndrome, visit www.preeclampsia.org

Other Signs You Should Never Ignore During Pregnancy

A proud wife, mommy of 1, and fan of reality tv.  Like a "true Canadian" I love my hockey.  I've worked almost 9 years for non-profit organizations and the rest of my career in government.