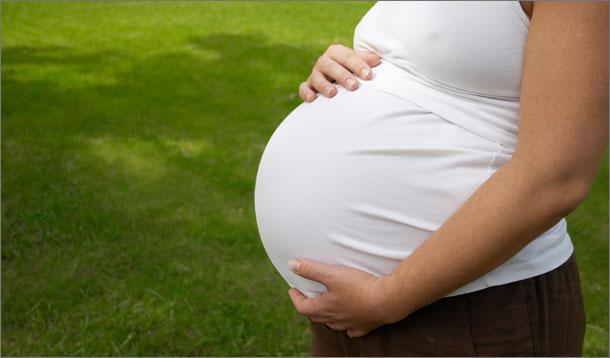 I was born and raised in Toronto, Canada, with a Trinidadian mother of Indian descent and a Canadian father of German/English descent. I have faced many health challenges, including thyroid cancer in the spring of 1997, arthritis that started in 2003, and more recently, on December 20th, 2011, I received a diagnosis of breast cancer.

I was surprised at the diagnosis, but I did not allow the news to stop me from living, and a week later I flew out to Israel for a holiday with my family. Upon arriving home, my treatment regime, which included chemotherapy, surgery, and radiation, was set to begin. Due to the fact that chemotherapy may put a woman into menopause and cause infertility, I had the tough decision to make about my own fertility preservation.

Having a family has always been one of my lifelong dreams, and I was certainly not going to let cancer get in the way of the possibility of having children in the future. I was prepared to do whatever it takes, even risk my own health—my cancer was estrogen positive and I had to inject myself with fertility medications daily for two weeks, which could have caused the tumour to grow bigger.

At 9 a.m., on January 12th, 2012, I went with my mother to the Centre for Fertility and Reproductive Health at Mount Sinai Hospital, and decided to pursue IVF and egg harvesting. The freezing of eggs is experimental, so I decided to harvest eggs, along with embryos. I initially kept my IVF procedure private among my immediate family members, and a couple of months later, I felt comfortable to share it with family and friends. Everyone was supportive when I shared my story of fertility preservation.

The IVF procedure is quite expensive and an unexpected added cost for a newly diagnosed cancer patient, so I had applied for The Power of Hope Program through Fertile Future, who offers financial assistance for qualifying cancer patients under the age of 40.  My application was approved quickly, and I received a cheque from Fertile Future to assist with the costs incurred for fertility preservation.

It is my hope to educate other young women cancer patients about the options of fertility preservation, so they can keep their dreams of being a mother alive! I have two years before I can consider starting pregnancy, and will be counting down the months until that day arrives!

Lynn Manwar was born and raised in Toronto, Canada.  She is of a mixed heritage of West Indian/German/English roots.

She launched Wellness Detective in 2011, an online business dedicated to providing health and wellness solutions.

She has been featured in media such as Metro, Anokhi Magazine, Desi News, Eye Weekly, Masalamommas.com, The Bulletin, Suhaag.com, thatchannel.com and Good News Toronto. Her TV debut was as a makeover candidate on "Style by Jury" on W Network in Canada in 2007. She was featured on "Badhai Ho" on OMNI TV in June 2012.

Lynn's personal inspiring story is featured in “Making it in High Heels 2: For Leaders and Role Models”(2009) by Burman Books.  She has overcome cancer twice and arthritis.  Having gone through fertility preservation in January 2012 before she started cancer treatment, her goal is to be a mother!