We All Parent In Our Own Way

Am I Really That Different? 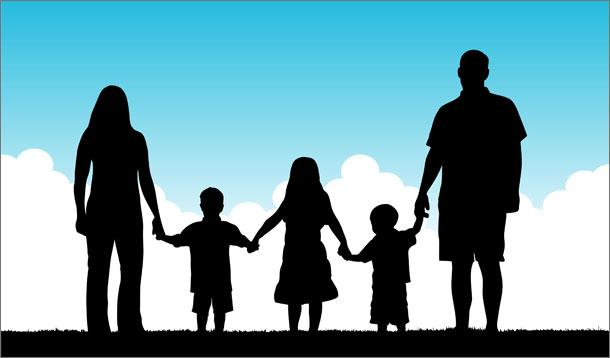 Someone recently asked me to describe how I am unique. I thought about it for a while, but didn't come to any wildly fascinating conclusions, other than to say that we are all unique. If we weren’t, we would be automatons, not individuals.

I think the more interesting question is: how are we different?

Over lunch, I asked my husband how I am different. He thought about it, while chewing his bite of hamburger, and answered: “Your hairstyle.” (Note to self: don’t ask husband these questions.) Actually, I know what he meant by that. He was referring to the fact that my idea of hairdressing is to stand in front of the bathroom mirror, grasp my ponytail, snip off a chunk, and then wear my hair in a messy knot at the nape of my neck for the next two months, until another shearing is required.

I have to be the only living woman who hates going to the salon. Hates it. Really. Last time I was in one, I told the stylist that she had fifteen minutes, after which I would be getting out of the chair and leaving. I think I scared the you-know-what out of her.

Sometimes, it feels like being a contrarian is a way of life for me. Perhaps, it is just because there are millions of people who actually agree with me about all sorts of issues, but they just don’t know it yet. Perhaps, not.

Before I had my daughter, I was one of those people at the office who didn’t want kids at all. I avoided the baby showers and didn’t jump for joy when a colleague was visiting with her newborn. In fact, more than once, I found a reason to be on another floor. Then something clicked and I decided that I wanted to share my life with a person beyond my husband—a person who was ever and truly mine. I thought that having her would turn me into a mother hen—all warm cookie dough and craft glitter—but even now, though I would walk through fire for my own daughter, I am not enamoured by other people’s children. Snot, sticky paws, and whatnot. You know what I mean.

Does this say something about my parenting style? Probably. I can’t believe the number of tweets I have read from other moms, where I don’t agree with them one bit about something, but I feel like I should keep my mouth shut, in case I am wrong about it all. Breastfeeding is one of my favourite topics. Most people—whether they really feel that way or just wish to be politically correct—side with breastfeeding, unless they were unable to, and then they go to great lengths to explain why they had to formula-feed their child. I am open about saying that I chose formula. Well, if that isn’t a way to get a conversation started, I don’t know what is! Yes, I chose it. I read the literature, weighed my options, looked at my work/life, and decided. I rented a pump and returned it the same day. In the end, formula was a better choice for us. That, of course, is the keyword: choice.

So, many people in the parenting world want to tell the rest of us that we are doing it wrong. I just want the chance to tell people that it’s okay to do it ‘wrong.’ Does that make me unique or different? I’m not sure. You be the judge.