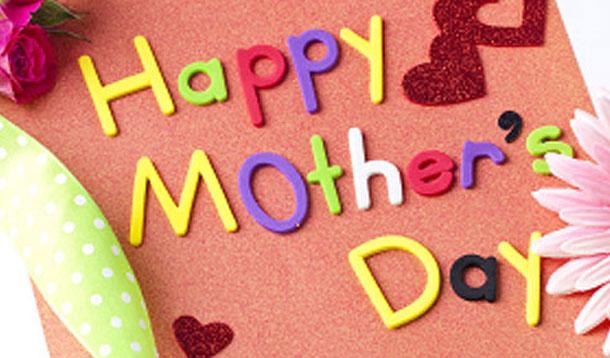 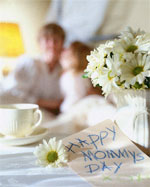 After taking on a life-changing, exhausting, 24/7 job as multitasking mavens, moms everywhere may be looking forward to their day of appreciation – Mother’s Day, falling on May 10th this year.

Unfortunately for many however, it’s not likely to be a spoil-mummy day.  A surprising 41 per cent of the 1,161 moms surveyed this year by YummyMummyClub.ca reported they’re not likely to get more than a card and flowers for Mother’s Day.


“We conducted this survey across our Yummy Mummy network, so we could get the goods on what real moms want for Mother’s Day,” said Erica Ehm, founder of the online magazine YummyMummyClub.ca.  “We found that overall moms just want to be pampered, but we were surprised at how low key some Mother’s Day celebrations had become and we want to fix that.”

Interestingly, 46 per cent of moms reported their families spent less on Mother’s Day compared to other occasions like Father’s Day, anniversaries and birthdays.  Moreover, given today’s precarious economy, the majority of moms (62 per cent) said their families are planning on scaling back for Mother’s Day this year, to stretch every last dollar.   When asked how much their families spend on Mother’s Day normally, responses varied from zero dollars to as high as $5,000, though the average worked out to approximately $67.50 all in for the celebratory day.

So, how can Canadian families show true appreciation for moms without breaking the bank?  The most popular answer amongst moms was to simply help them get away from mundane household chores.  Thirty-seven per cent of moms said that’s what they’d want most for Mother’s Day.

“Ironically, when we asked moms to tell us about the worst Mother’s Day gift they’d ever received, we were amazed to hear how many reported getting household dusters or plastic flowers as gifts,” said Ehm.

Other strange and crazy, head-straight-to-the-doghouse gifts actually given on Mother’s Day according to the YummyMummyClub.ca poll included: ankle weights, a bucket of fried chicken, a “pig” fridge magnet accompanied by cough drops, and one for the record books – cellulite cream.

“The key to pampering mom is being attuned to her needs and creating special ‘me-time’ for her,” explained Ehm.  “Whether that means helping her getting away from it all for the day, or indulging at home with the gang – it all depends on what mom needs.”

Go to the next page for more good, bad and ugly!

%br%
The following are some of the most memorable Mother’s Day gifts that yummy mummies shared in the poll:

“Believe it or not, it was a mushroom brush.  It’s one of those extravagant, but small kitchen tools one never buys for oneself.  But because it was so small and relatively inexpensive, no one ever bought one for me, even though it was on my list for years. Finally, when my son earned his own money, he bought me one.”  - Dawn Blue, school secretary, Edmonton, Alberta

“My best Mother’s Day was when we took the kids to a new park and they played, while my husband and I just talked (uninterrupted).”  - Debbie Brasil, supply teacher, Ottawa, Ontario.

“A couple of year’s back, my son took a cup out of the cupboard and drew on it with permanent marker writing my name on it.  He told me that this was my cup and no one else was allowed to drink out of it.  He then asked for a drink and took my cup and said it would be more special if we shared it.  I later saw his name written on the other side!”  - Sharleen Nielson, university administrator, Halifax, Nova Scotia.

One of the best “adult” ways to spend Mother’s Day came from writer, Lisa Stewart who said: “One year, my mom and I rented four or five of our favourite ‘laugh till your sides hurt’ films.  We also had a nice bottle of Chardonnay.  By the time we got to the last film, we were both giddy and silly and mom (I promised I’d never tell) actually laughed so hard, she peed her pants!  Then we got really hysterical.  She was a trip and a half."

Damaris Arrowsmith, a product demonstrator from Carleton Place, Ontario best sums up the Yummy Mummy take on Mother’s Day.  “I think (Mother’s Day) is about acknowledging just how much we moms do.  We have the most important, most demanding job in the world.  We are always on duty and we don’t get paid!”