It Takes A Village To Raise A Child 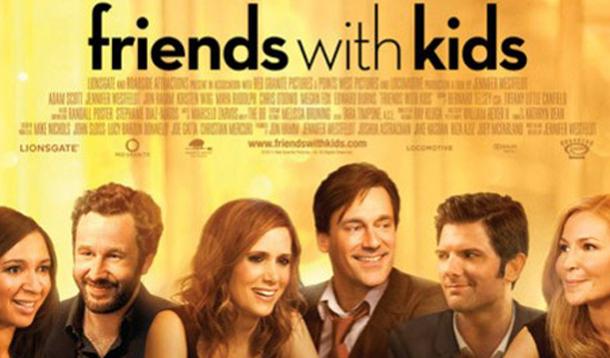 Friends With Kids is a movie, set in New York, about how having children ruins marriages and turns cool Manhattanites into hateful Brooklynites. Parents who dare to bring children to restaurants are called “crazy,” and demonized by the childless couples and singles surrounding them. As soon as a couple has a child, the family relocates to Brooklyn. I do remember visiting Brooklyn and thinking, “So, this is where they keep all the children!” I read a post yesterday, by a woman who experienced the torment of a vacation in Manhattan with an infant. When she wondered aloud how anyone in Manhattan has children, a well-meaning woman confirmed that when she has children, she will be moving to Brooklyn.

It seems Toronto is following Manhattan’s child-hating lead, and banning children in certain spots. This may sound cool and wonderful to childless couples and singletons, but it is not a progressive move. The greatness of a society lies in how well it treats the least of its members, and if you hate and ostracize children, well, you’re not doing that great. I have travelled to many European cities with my children, who were treated like royalty by the owners of upscale eating establishments. As a result of feeling so special, they lived up to the expectation of behaving like the little ladies that they are. If ignored, shot dirty looks, and made to feel as if their presence was an affront to everyone there, guess what? They’d act up!

“It takes a village to raise a child,” wrote Hillary Clinton in 1996.

Whose side are you on?