Grand Prize Winner of the Voices of Motherhood Writing Contest 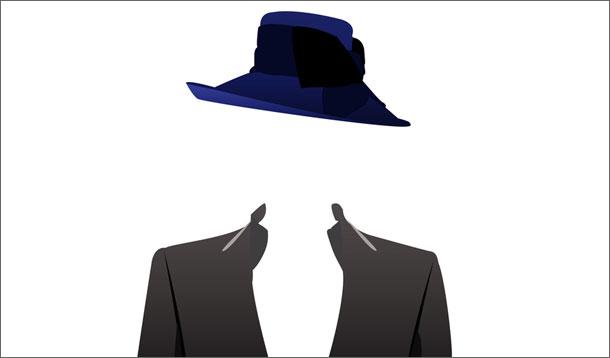 My three-year-old is an actress and today Her Highness is hosting high tea. She has laid out toy cups next to little polka-dotted plates. Her plate has a wooden strawberry and a piece of cake. On mine, there’s a felt carrot. I reach for the cup to take a taste. No! she shrieks, covering the plate and cup defensively. No mommy, she says dramatically. Not for you, for TaTas. In an expert, fluid motion she reaches a gloved hand into my shirt and releases one TaTa from my nursing bra. Pulling the nipple with one hand, she lovingly brings the cup to it, fully submerging it in invisible tea. She makes slurping noises as if it were drinking. This is what my breasts are called. TaTas. As in bodacious TaTas. And they were invited to the party, not me. I am simply their invisible escort. Invisible escort.

At one time this would have seemed a terrible insult. Like if someone called you arm candy. Or if someone (like your kid) never bothered to learn your name and so kept referring to you as mommy. I’m the invisible escort for my one year-old son as well. When we’re out together, it’s as though I don’t even exist.  Aren’t you an adorable little boy, strangers coo. They make their observations about his beauty, intelligence, hairstyle directly to him and continue walking without making eye contact with me. To him, as well, I’m mainly boobs. Beyond that feature, I doubt either of my kids could pick me out of a line up. And, oddly, it’s all OK with me.

When it comes to being invisible, I’m beginning to feel more power than martyrdom. Which is something because for a few months I felt intensely sorry for myself, enduring daily reminders that I was growing unimportant, a signal I’d finally let myself go. Once boundaries separating me from my babies completely dissolved, I suffered through a major existential crisis: If I’m no longer the person I once was with her priorities, outside interests and work then who am I? Sue Storm, aka Invisible Woman, cartoon heroine of my youth, pops up like a beacon to guide me out of that downward spiral. She was invisible when she chose to be. And then her super power would save the day. Like her, I notice all sorts of things the visible ones miss.

When my daughter is acting like a holy terror in the grocery store, I can tell she doesn’t need discipline; she needs a nap. Confident in my ability to perceive what others cannot, their disgusted glares no longer leave me cowering. What was once my kryptonite now has no effect at all.

Invisible, I’ll watch undetected to discover who my kids are, what they need, what they want to be. I’ll learn what voice they listen to and become that voice. Because that’s the kind of thing I can do now that I have no shape of my own. As the kids get older and my mind grows sharper, I’ll begin again to have my own interests, my own thoughts, my own friends. Soon I’ll retake shape and won’t be able to fade into their lives. But for now, powers of invisibility offer opportunity to be omniscient.

My kids are on the floor, building with blocks. From the safety of the kitchen I watch my son push their tower down. My daughter raises a fist and I cringe, waiting for inevitable screams. But then she pauses, lowers her arm, passes him a block and begins to construct again, this time a little out of reach. Have I become the force that keeps my daughter on the straight and narrow? I can almost imagine her saying: I’d like to thank my mom for being the voice in my head, as she reaches out a gloved hand to accept her Oscar.

Hey! My name is Maia. I'm a wife and mom who's finally admitting that writing is largely a response to my latest mid life crisis.

check out my unhelpful self-help blog- Blunder Woman: a modern gal's guide for the mildly self destructive.   Www.maiagibb.com